The Foundation has, in the archive, Nelson Mandela’s prison diaries. These are desk calendars that Mandela started ordering from 1976 onwards. Initially they served as calendars only, but soon each one became a diary where Mandela started jotting down all sorts of things: dreams that he had, films that he saw, his health, the visits that he received, anything interesting that he read, his studies.

These diaries must have been in the boot of the car on the day that Madiba was released – 11 February 1990. In 2004 when the Nelson Mandela Centre of Memory was established as the place for his archive and legacy, Madiba donated these diaries amongst a number of other things from his personal collection to the Foundation. See our online description of these diaries on the archive portal. 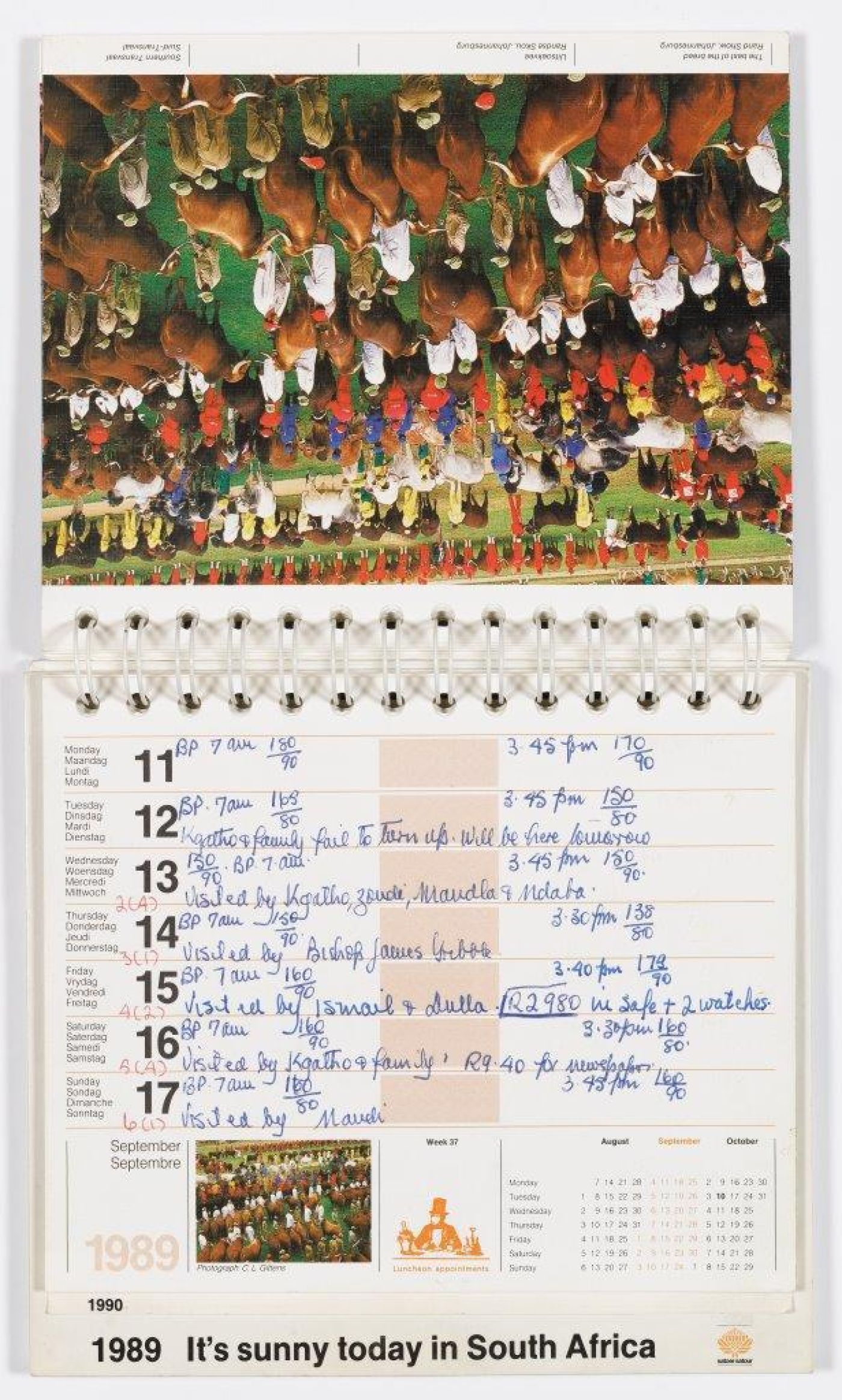 The 1976 and 1977 diaries have few entries; only 24 entries in 1976 and 37 entries for 1977. There is no entry in the 1976 diary of the events of 16 June where students in Soweto marched in protest against apartheid education and the introduction of Afrikaans as a teaching medium. Madiba only learnt of this in August as he explains in his autobiography Long Walk to Freedom:-

“In June 1976 we began to hear vague reports of a great uprising in the country. The whispers were fanciful and improbable: the youth of Soweto had overthrown the military and the soldiers had dropped their guns and fled. It was only when the first young prisoners who had been involved in the 16 June uprising began to arrive on Robben Island in August that we learned what had truly happened.”

From 1979 the journal entries provide a fascinating insight in the almost daily recordings. Below are a few entries for a day in September over the years of incaceration:-

We did not receive the diaries for 1978 and 1985, and despite searching for them we have not been able to discover their whereabouts. Hopefully these will turn up someday. Neither do we have the 1990 diary for the six weeks spent in jail prior to his release.