The SA Mint has been releasing a Protea Coin Collection every year since 1986, commemorating momentous occasions in South African history.

Last year the “Life of a Legend: Nelson Mandela” series of Protea coins – a 12-year series – began with a set commemorating his childhood and his love of children. It was thus fitting that this year’s set should commemorate his passion for education, and his academic career. 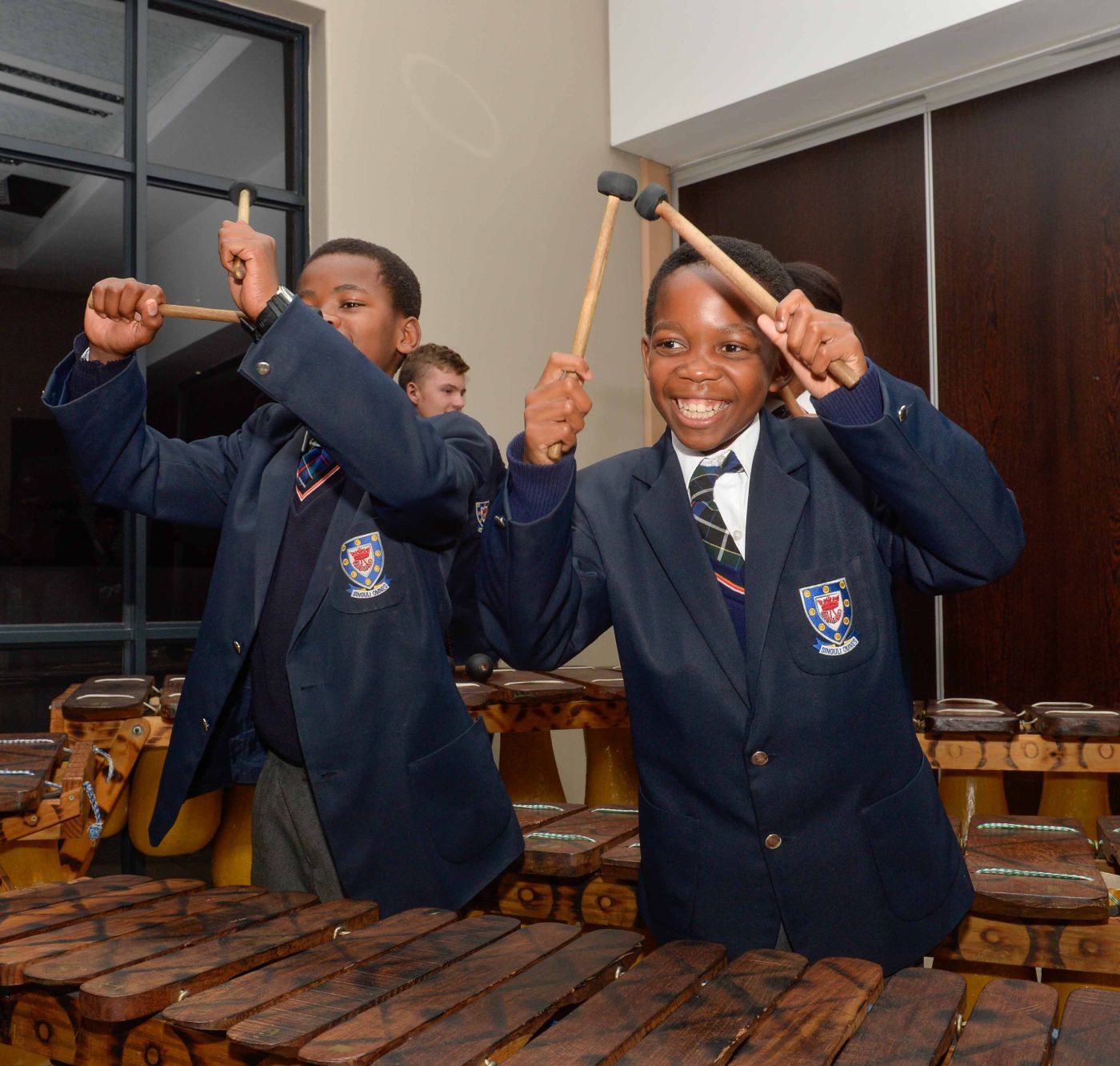 Schoolchildren played marimbas to welcome and entertain the guests

The four coins each bear the portrait of Mr Mandela, along with certain images representing the stages of his education. The reverse side of each coin bears a quote about education, taken from his speeches and autobiography.

Speakers at the event included Sello Hatang, CEO of the Nelson Mandela Foundation; Tumi Tsehlo, managing director of the South African Mint Company; Professor Mandla S Makhanya, vice-chancellor of UNISA; and Dr Somadoda Fikeni, UNISA’s director of VC projects and adviser to the principal. Mohamed Shaikh, director of communication and marketing at UNISA, was the master of ceremonies.

Each of the speakers celebrated Mr Mandela’s love for education, the role that UNISA played in his own education, and the fact that the coins commemorate this idea in a fitting way.

Makhanya said at the launch, “We are very proud of the towering leaders that went through UNISA, just like the international icon in whose honour the special coins have been minted.”

He spoke about the fact that the university has played, and will continue to play, a role in the shaping of our nation through its education of our citizens. He commented that “nation-building is not a spectator sport”, and that he is proud to be able to say that, in educating Mr Mandela and other struggle heroes, “UNISA was playing its part in shaping the future of our leaders who in turn shaped this country”.

He also pointed out that “it is a fitting tribute for a country that is richly endowed with valuable minerals to honour its own global icon with a coin series”.

Hatang said that the Nelson Mandela Foundation is “proud to be associated with this initiative because we believe that [the coins] will be a constant reminder of our responsibility to realise that his legacy around education, and rural education in particular, is important. It is important that we continue with these projects. The most important thing is not the funding but the objective, the awareness of education.” 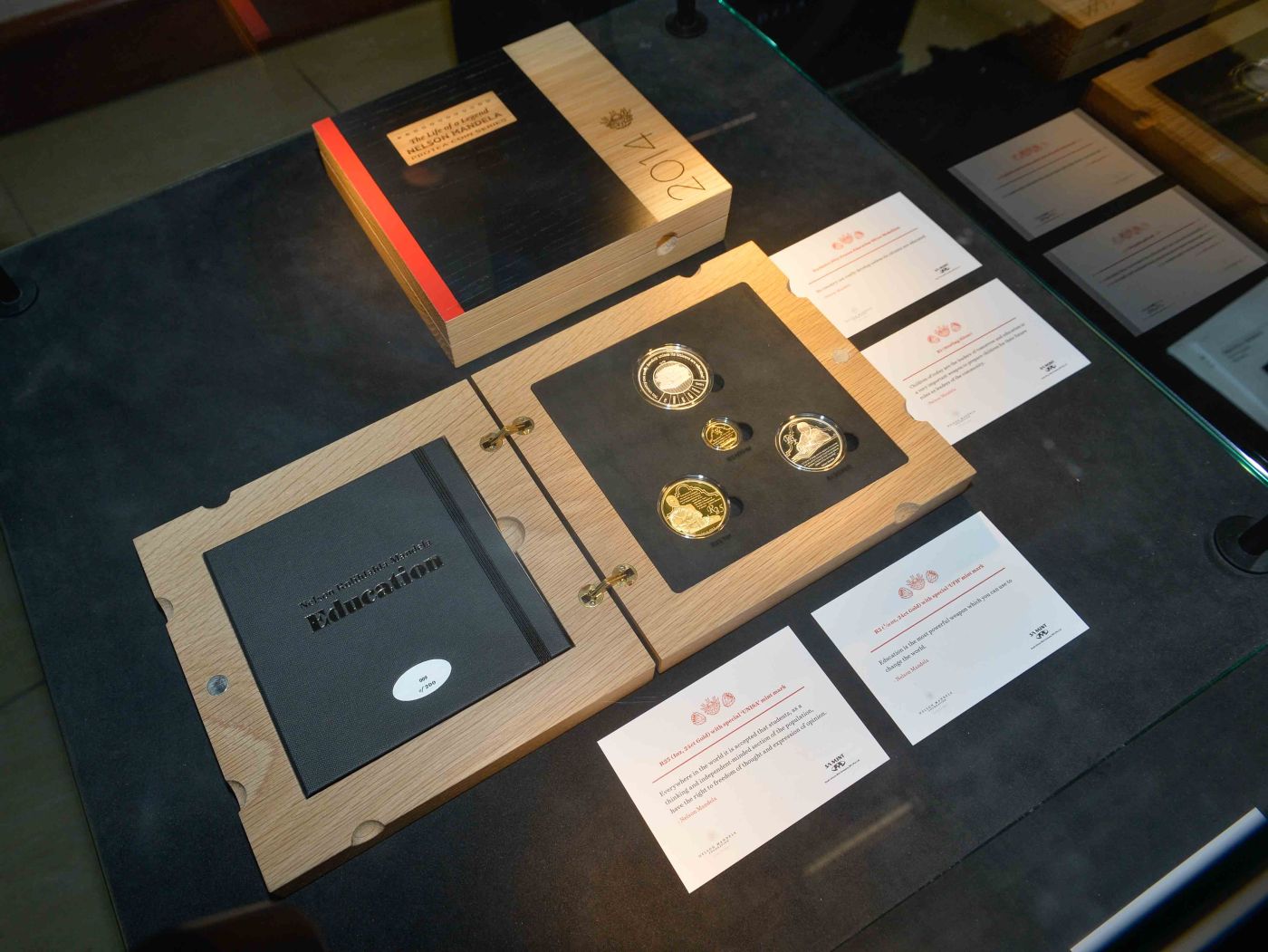 The collectors set of the coins in the original box

Fikeni said that the release of a coin series about education is “appropriate because when you read his biography and listen to his interviews, you realise how passionate he was about education”.

He spoke about he fact that Mandela himself had studied up to tertiary level, encouraged prisoners to study during his incarceration and sponsored traditional leaders educations’ after his release, and that even after his retirement he continued to raise funds for education.

Fikeni said he was proud to be hosting the event, going on to say, “What is most important about the choice of UNISA [for the venue] is the fact that this is one university that, during the darkest days of apartheid, could afford political prisoners and activists the opportunity to continue with their studies.”

He discussed the importance of commemorating great icons in such a way that their memory is not distorted and the meaning of what they stood for, lost. He was impressed with the way the coins commemorated Madiba, saying, “I am happy with the coin launch because there are themes and an effort to integrate [meaning].”

Tsehlo spoke about the long history of the Protea Series, and mentioned some of the other famous personalities who have been portrayed on these coins, such as author Nadine Gordimer and Archbishop Emeritus Desmond Tutu. He went on to say, “We thought, especially with the popularity of Mr Mandela’s coins, that there was an opportunity to … educate our nation about this special life.”

He said the minting of the Life of a Legend series serves a dual purpose: “We preserve [Mandela’s] legacy and memory for as long as possible, and we get to know a bit more about him.”

Coin collectors at the event also felt that the emphasis on education was important. Rodney Cory, who has been collecting coins since 1994 and buys his grandchildren a coin from the Protea Series each year said, “[These coins are] quite significant for me because my daughters both studied here.”

Thabo Ntlamelle, another coin collector, said, “I’m doing this for my kids,” and that he would buy a set for each child. Ntlamelle is passionate about South African Mint coins in particular, saying, “For me, it is about the heritage and the history of the country.

The significance of heritage, passing things on, and leaving something for your children is closely related to education, which is, of course, the most important thing that any parent can give their child. 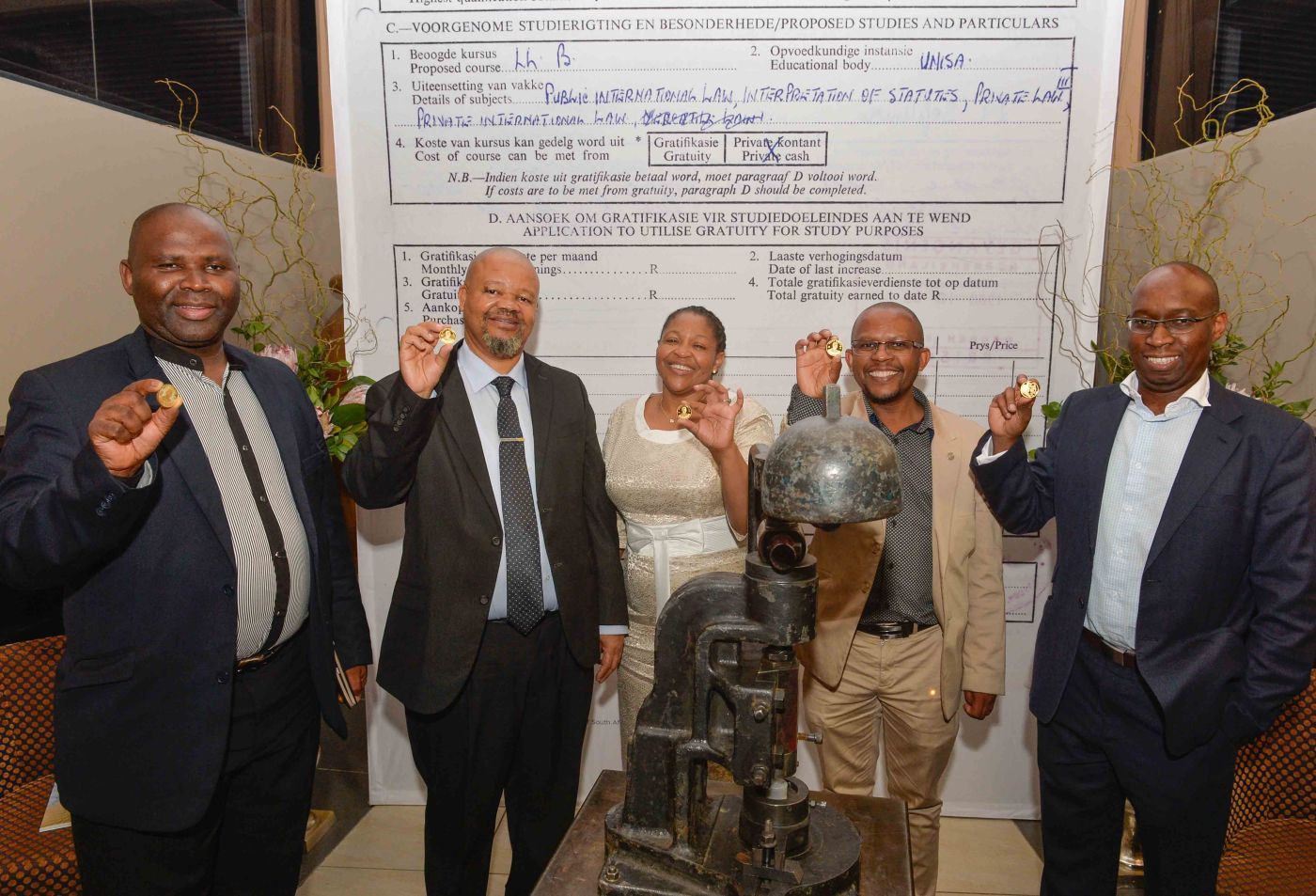 The delegates each hold up a newly minted coin