On the 17th of July, 2022, Ladysmith Black Mambazo held a concert at Joburg Theatre in honour of the global icon, Nelson Mandela. The evening was a long time coming after the group first tried to host one in 2020 but was stalled by the lockdown and the pandemic.

If you’ve been to the Joburg Theatre, you’ll know that they have underground parking. What you might not know if you haven't attended a performance by an artist of international acclaim, is how far that underground parking goes. When my partner and I arrived half-an-hour before the show, we not only learnt just how significant and important Mambazo is by the number of people that congregated for the performance but also just how deep that basement goes. By the time we reached level 9, we found a tight spot and quickly took it. You can imagine how full the lifts were. Many of us took the stairs. On arrival at the lobby, we noticed many familiar and celebrated faces, it truly was a star-studded evening. 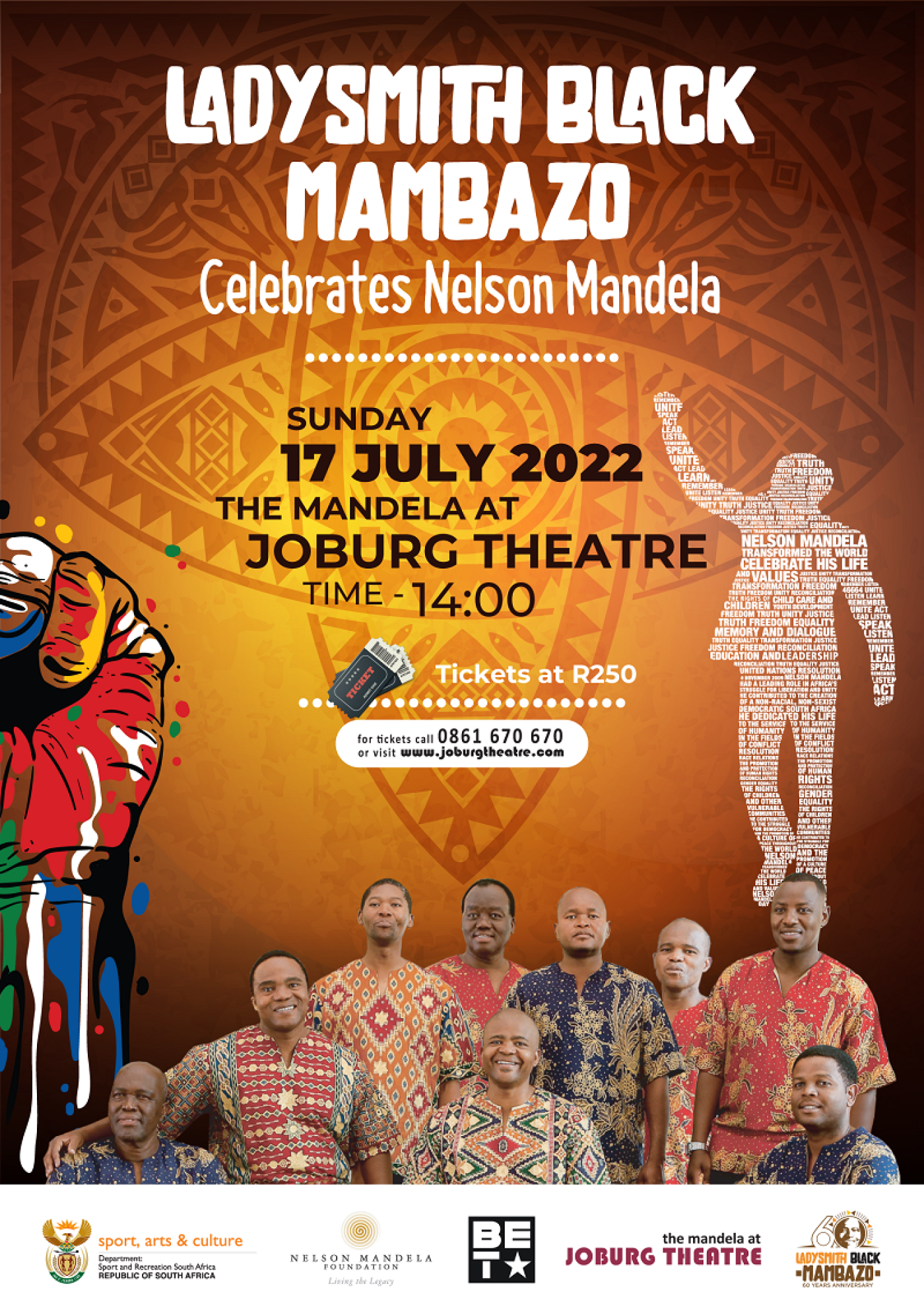 “As Ladysmith Black Mambazo, we have a long history of working with Nelson Mandela, our leader. After coming out of prison in 1990 he had his birthday at Carlton Centre in Johannesburg in 1993 and he invited Ladysmith Black Mambazo to perform," shared Sibongiseni Shabalala. The concert did not only celebrate and honour Nelson Mandela, but it also paid homage to their late founder and leader, Joseph Tshabalala, who passed away in 2020.

The performance was struck by the sobering event of an unplanned power outage that suddenly cast the theatre in darkness, as audience members reflected amongst one another, “this is South Africa”. As historic as the occasion was, it was not immune to the economic and political struggles of this country. Moreover, Ladysmith Black Mambazo has never been divorced from the troubles of our country but has instead nourished the struggle for freedom and platformed our cause internationally, alongside Nelson Mandela.

It was an honour to have witnessed the historic occasion. It was also heartwarming how the group tells anecdotes in between songs; tales of how they met and the members of the group. We are blessed as a country because of Ladysmith Black Mambazo.