Mr Kofi Annan focused on the progress of Africa in the 5th Nelson Mandela Annual Lecture in Johannesburg this afternoon, saying it needed to be balanced on three pillars: security, development and human rights. Access the full speech.

The past secretary-general of the United Nations, himself a Ghanaian, told an invited audience of about 1500 people at the University of the Witwatersrand’s Linder Auditorium, that while significant progress had been made in African in relation to all three of these pillars, much still needed to be done.

“We have achieved positive changes in several areas” relating to peace and security, development and human rights, Mr Annan said. “We are not excelling, but we are advancing.” He noted improvement in primary school enrollment, particularly of girls, in Africa, that there had been progress in fighting HIV/AIDS, and that there was progress in reducing maternal mortality and the delivery of clean water, among other things.

He noted, however, that more than 300-million people in sub-Saharan Africa live on less than $1 a day, and are “starved not only for food, but for opportunity and hope”. 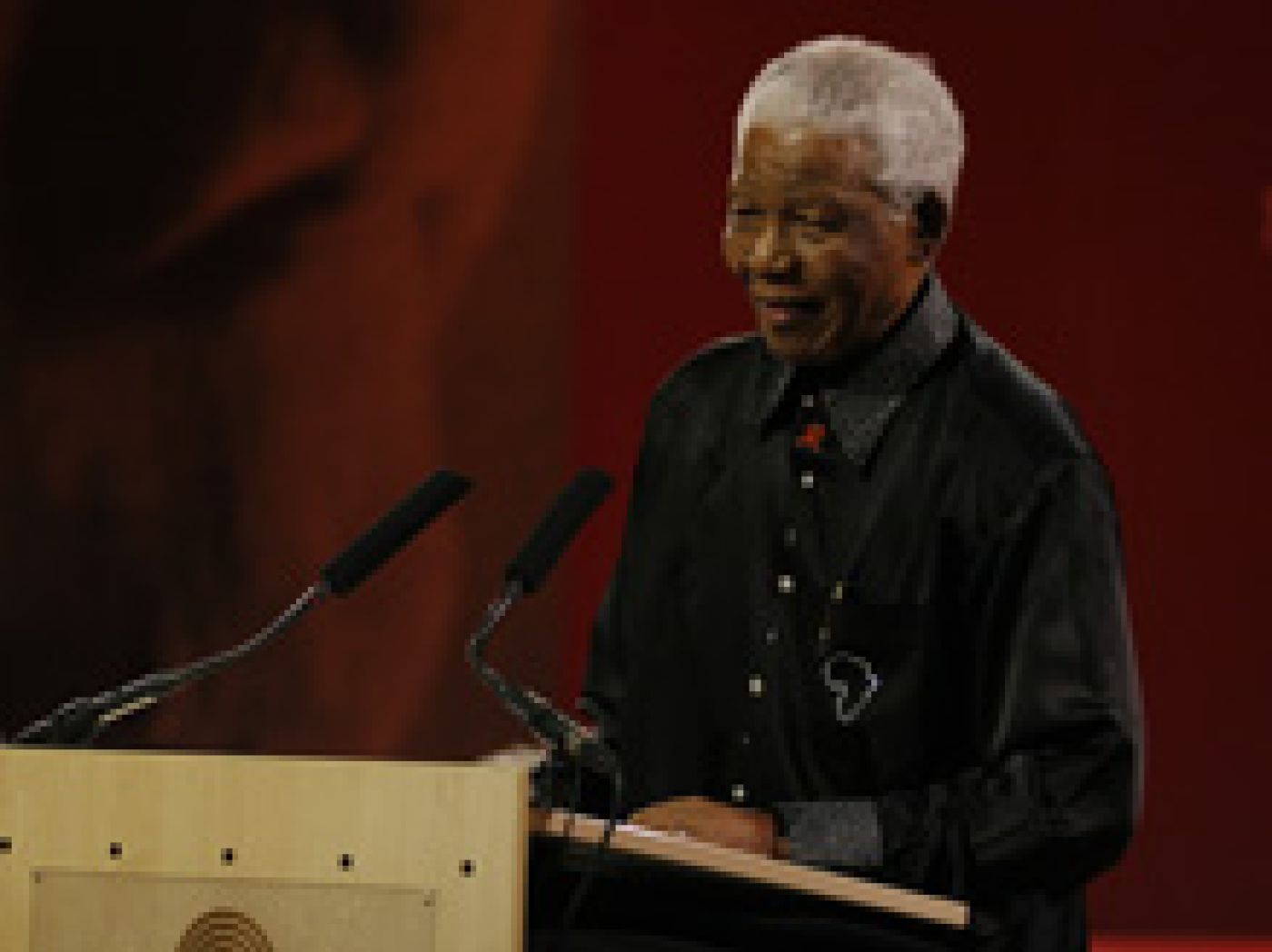 Mr Annan was critical of the imbalances of globalisation, and said that the world’s rich needed to help the poor, because “If some of us are poor, we are all poorer.” He further pointed out: “We live in an era of inter-dependence … [which] in some ways is more obvious in Africa than anywhere else,” he said.

Mr Annan praised Mr Nelson Mandela, who, he said, “May be the greatest, most good-humoured and mischievous icon the world has ever known,” and noted that though now 89, “He has not relinquished one ounce of his natural and personal authority.” Annan commended Mr Mandela’s insistence on leaving office at the end of 1999 as refreshing in a continent in which some leaders have clung to power for decades.

Mr Annan also praised South African President Thabo Mbeki, who, he said, “Has steered a steady course economically, on security issues”, as well as in terms of human rights.

He also congratulated Liberia on electing its first woman president, Mrs Ellen Johnson-Sirleaf, and was complimentary of the advances made in Sierra Leone, Rwanda, Burundi and South Africa itself, among other things.

He was critical, though, of the G8, which, he said did not have a good record of delivering on Africa, and should fulfill the commitments made at Gleneagles to increase aid to the continent to $25.6-billion by 2010, and pointed out that: “The only promises that truly matter are promises that are kept.”

He was also critical of African dictators, calling on other African leaders to ostracise anybody who had not been democratically elected. 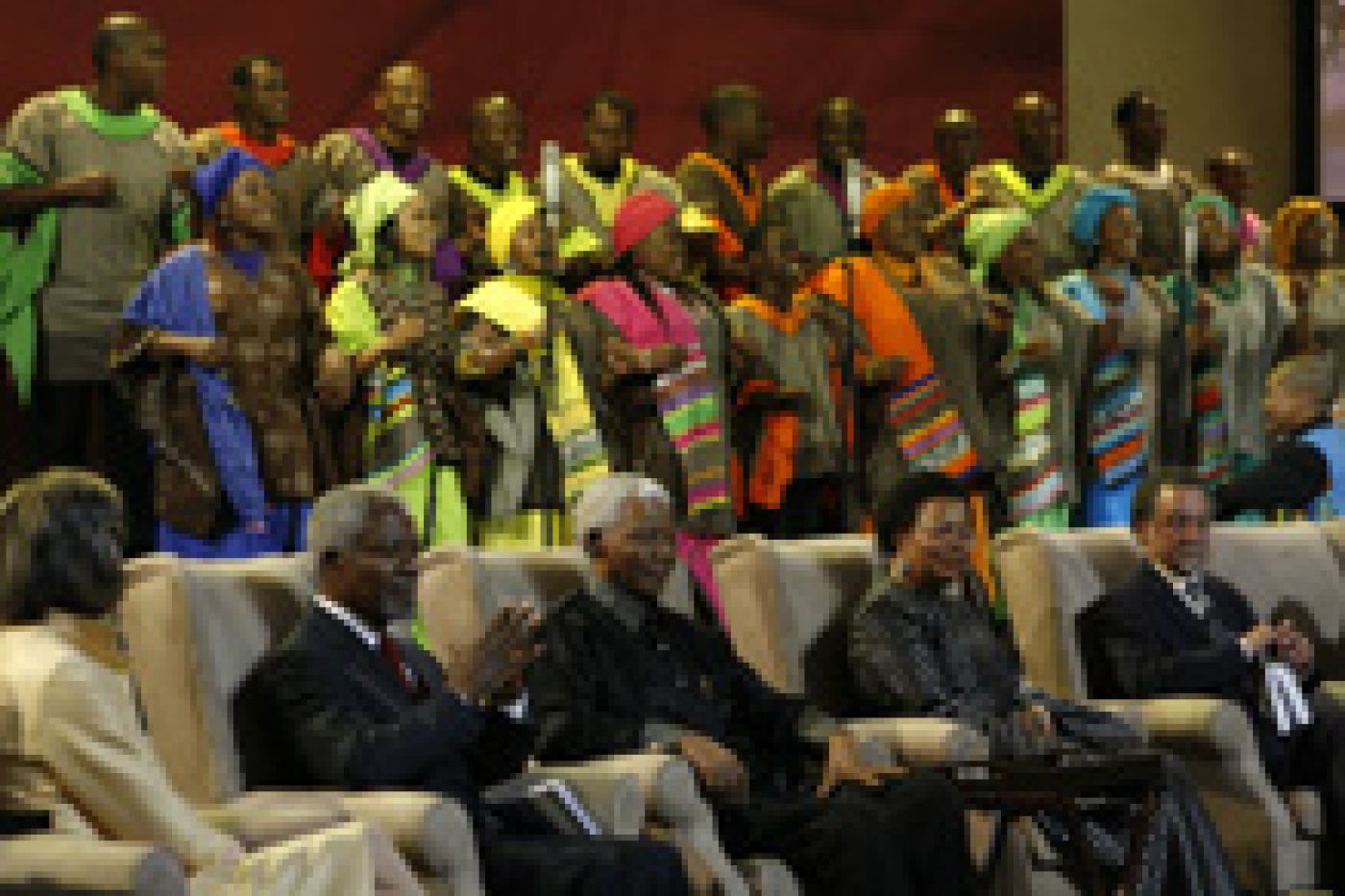 He mentioned the ongoing war in Sudan, saying “Every day, in Darfur, more men, women and children are being driven from their homes. Villages are burned. Murder and rape are commonplace.” He also pointed to “The ever-downward spiral of Zimbabwe” as “both intolerable and unsustainable; we all have a stake in resolving the crisis.”

Mr Annan also touched on climate change, saying “It is the world’s responsibility, but it may be Africa’s specific problem”, because Africa has the most to lose.

But Mr Annan also told Africans they had the capacity for change for the better. “The Africa we love is capable of some surprises. … Working together, we Africans can meet the greatest challenges,” he said, adding that all the world’s nations have a stake in Africa’s success.

He ended his speech with a reference to Mr Mandela: “Let us strive to be worthy of his example as we strive to create a future worthy of our children.”