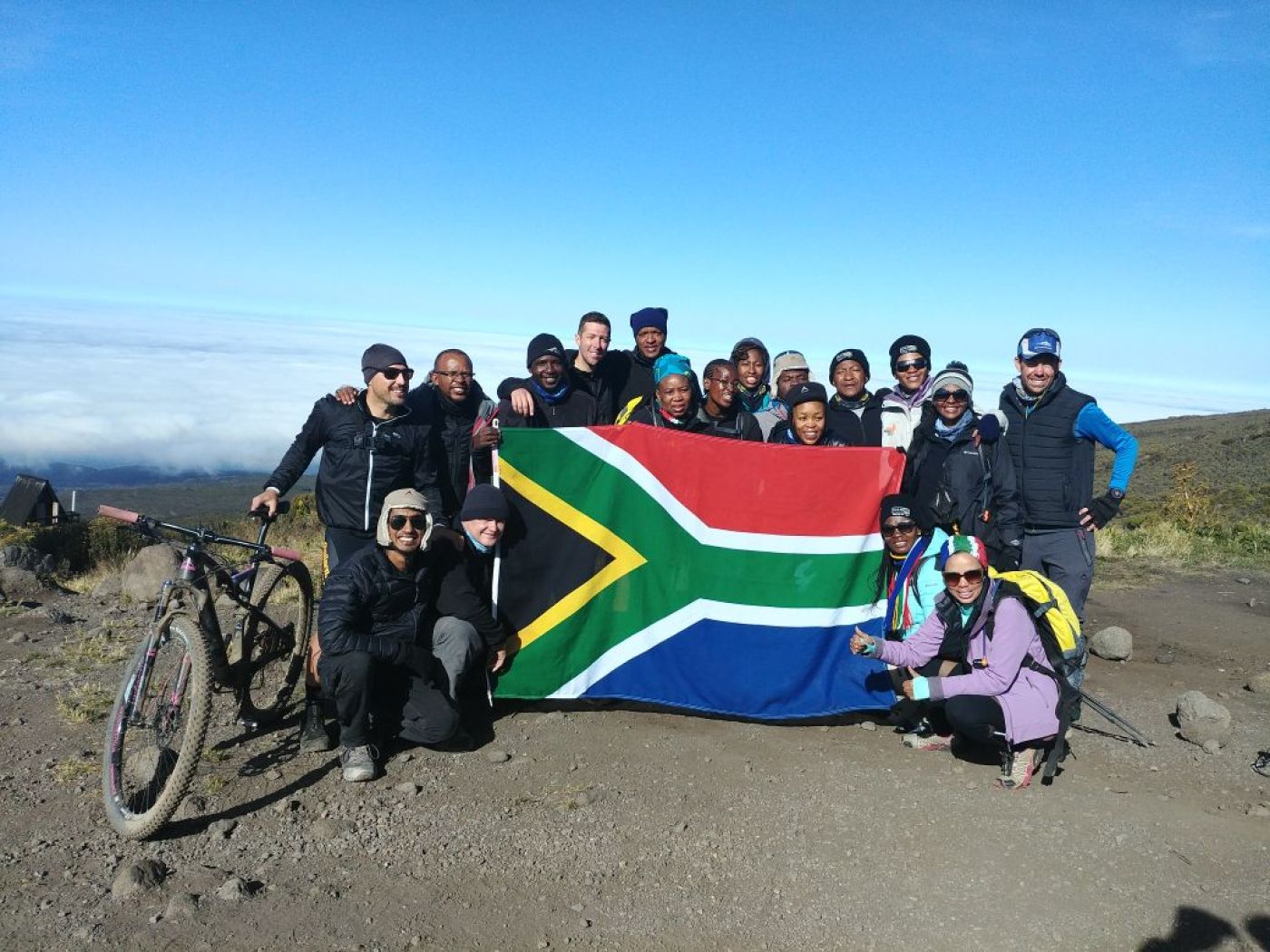 Getting the Trek4Mandela team safely down Kilimanjaro at the end of the trek took a load off Nelson Mandela Foundation Chief Executive Sello Hatang’s shoulders.

Trek4Mandela is an annual hike up Kilimanjaro, Africa’s tallest mountain at 5 895m, to raise funds for sanitary pads for African schoolgirls who cannot afford them. The first hike set off in 2012 after Imbumba Foundation CEO Richard Mabaso overheard a conversation between his mother and a niece.

In 2016 racing driver Gugu Zulu died after attempting to summit Kilimanjaro on the trek. This year the hike was also in his honour, and his wife, Letshego Zulu, returned to the mountain and made the summit. 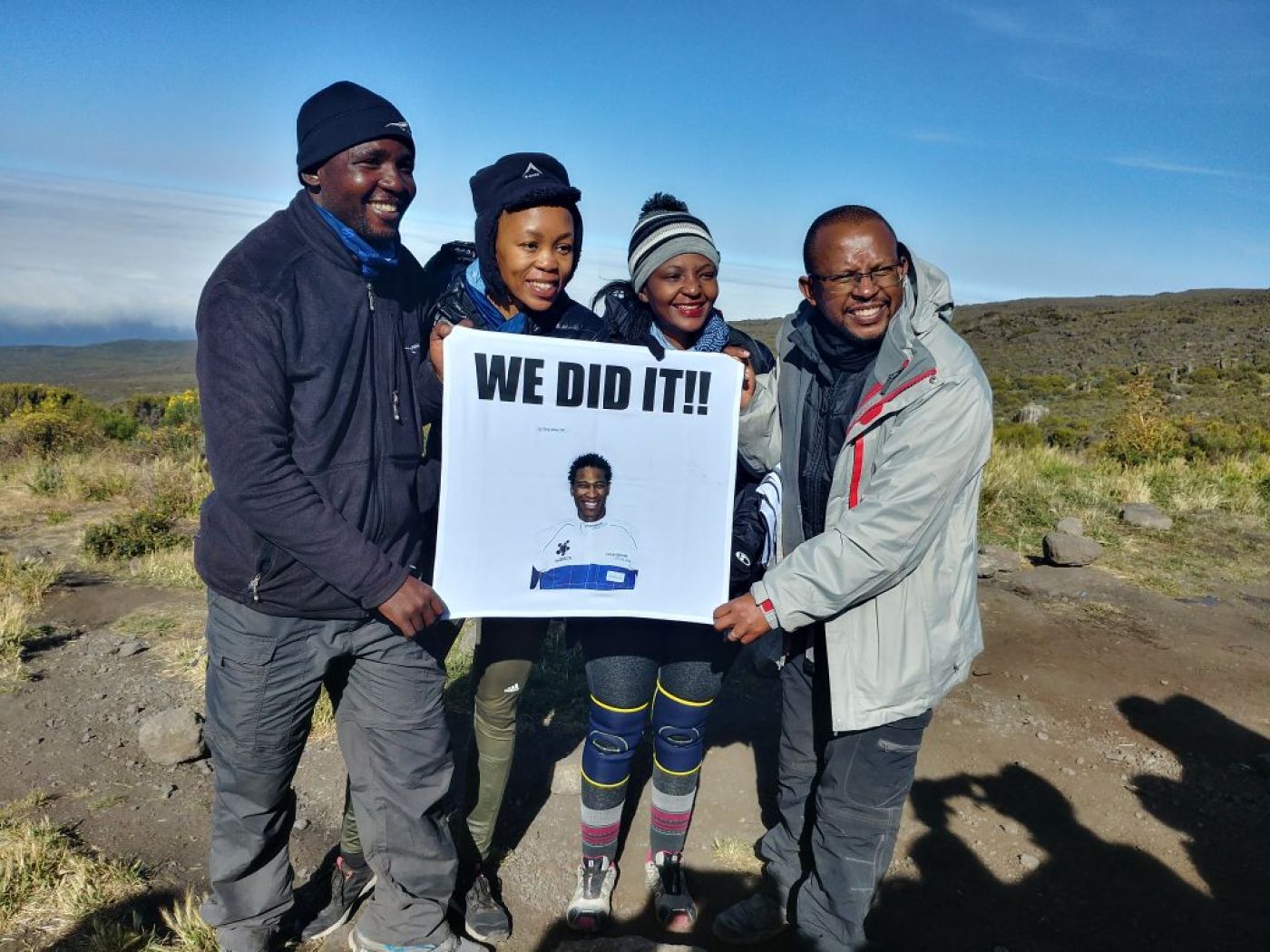 Letshego Zulu (second from left) climbed Kilimanjaro this year in honour of her husband, racing driver Gugu Zulu, who died while climbing the mountain in 2016 during the Trek4Mandela. (Image: Sello Hatang)

“There was a huge sense of responsibility after last year’s tragedy – responsibility for making sure most, if not all, summited, but that in doing so our health was good,” Hatang said a week after his return from Tanzania.

This year 22 people joined the hike, 18 of whom reached the summit – Uhuru Peak.

“Fulfilment came with three things,” said Hatang. “It was incident-free, over 80% of the team summited and because I fulfilled a promise to reconnect with Gugu’s soul on the mountain.”

Hatang went some way towards fulfilling another promise, too – to keep raising funds for girls until 2020. This was a promise he made as a graduate of the Archbishop Tutu Fellowship Programme with the African Leadership Institute.

Now he is compiling a list of Kili Life Lessons. “I’m working on it daily,” he said.

Here are the first few: 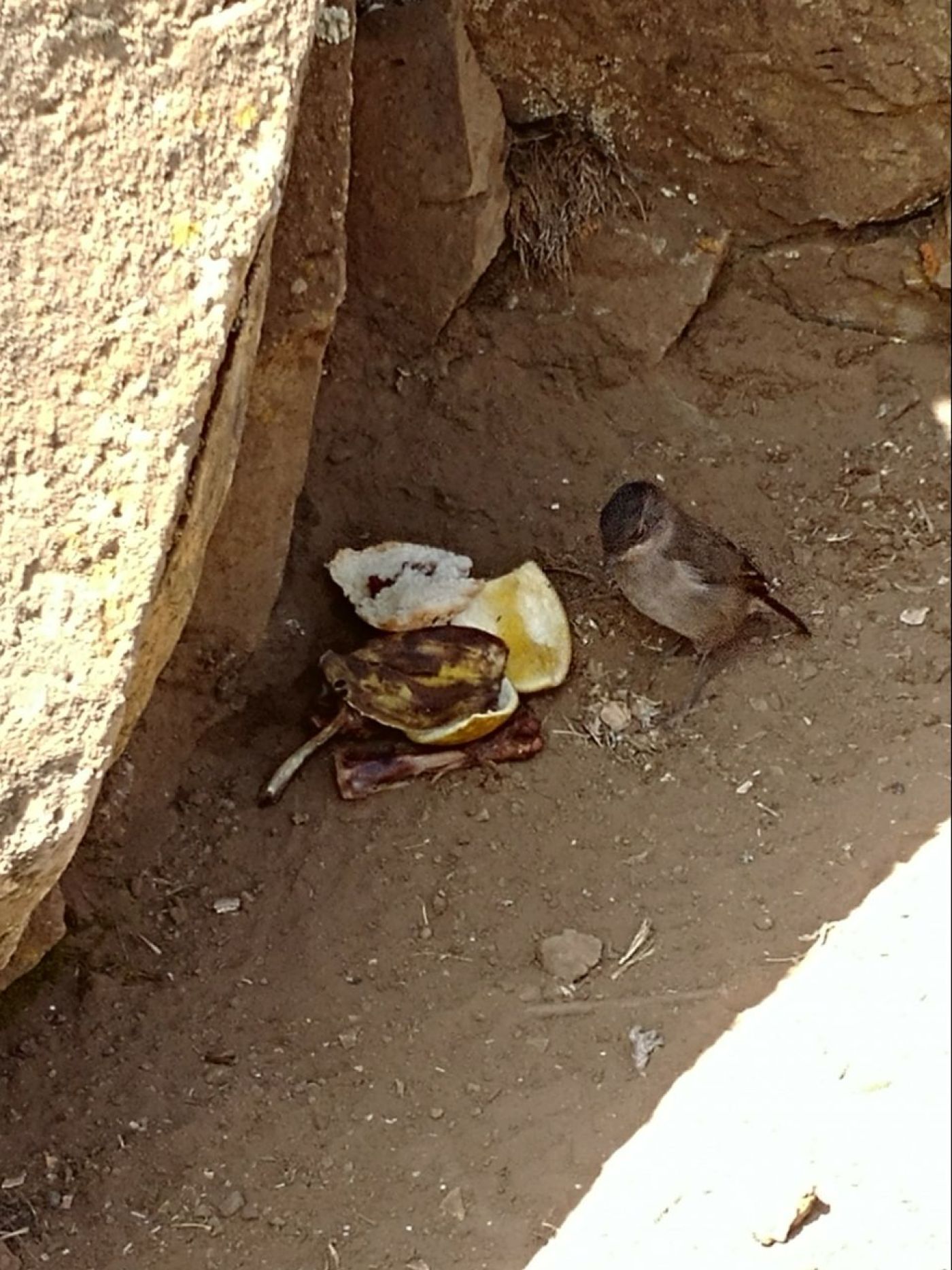 The beauty of Kilimanjaro gets spoiled by the litter. You get the unintended litter, the tissue that falls out of a pocket, that’s one thing. When you wedge a plastic bottle between rocks, that’s another. You know what you are doing. We have to take care of our environment, it’s the only one we have. We have to take this seriously.

We tend to focus on the target instead of just taking the next step. On the mountain, that’s the summit. We ask, “How far are we?” or “Are we there yet?” Sometimes it’s good to stop and see how far we’ve come. The guides will usually say “We’re almost there” or “30 minutes away”, just to ensure you keep going. Your next step is the critical one!

There’s a Setswana saying I used when I was thanking the Kilimanjaro guides: “Montsamaisa bosigo, re mo leboga bosele”. It means, in your moment of light you are all the more grateful for the one who walked with you through the dark.

Madiba said, “The greatest glory in living lies not in never falling, but in rising every time we fall.” I fell many times on that mountain and others helped me back to my feet. I also saw many others fall, but you have to keep cleaning yourself up, set your jaw and just go on. 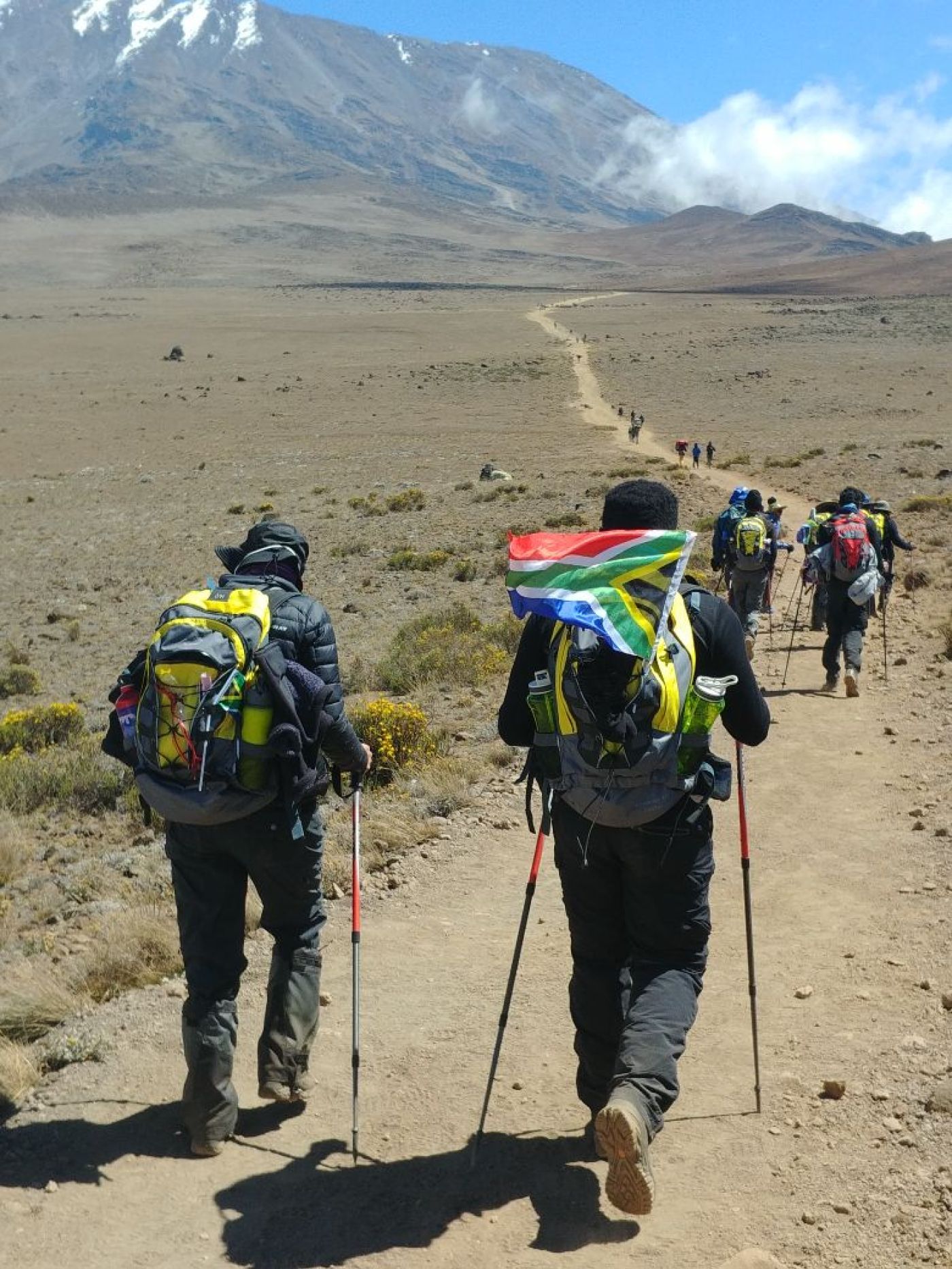 On Kilimanjaro I had to learn to differentiate between being unwell and being tired. We tend to confuse the two. Sometimes we are just tired and we think we can’t complete the journey – then we need to reach inside ourselves and find that extra impetus to keep going.

What the mountain did for me is to take me out of my comfort zone. We must all feel pushed to find that last bit of energy that we don’t know exists, so that we can finish tough tasks. Find that one thing that can stretch you to be better at what you do! 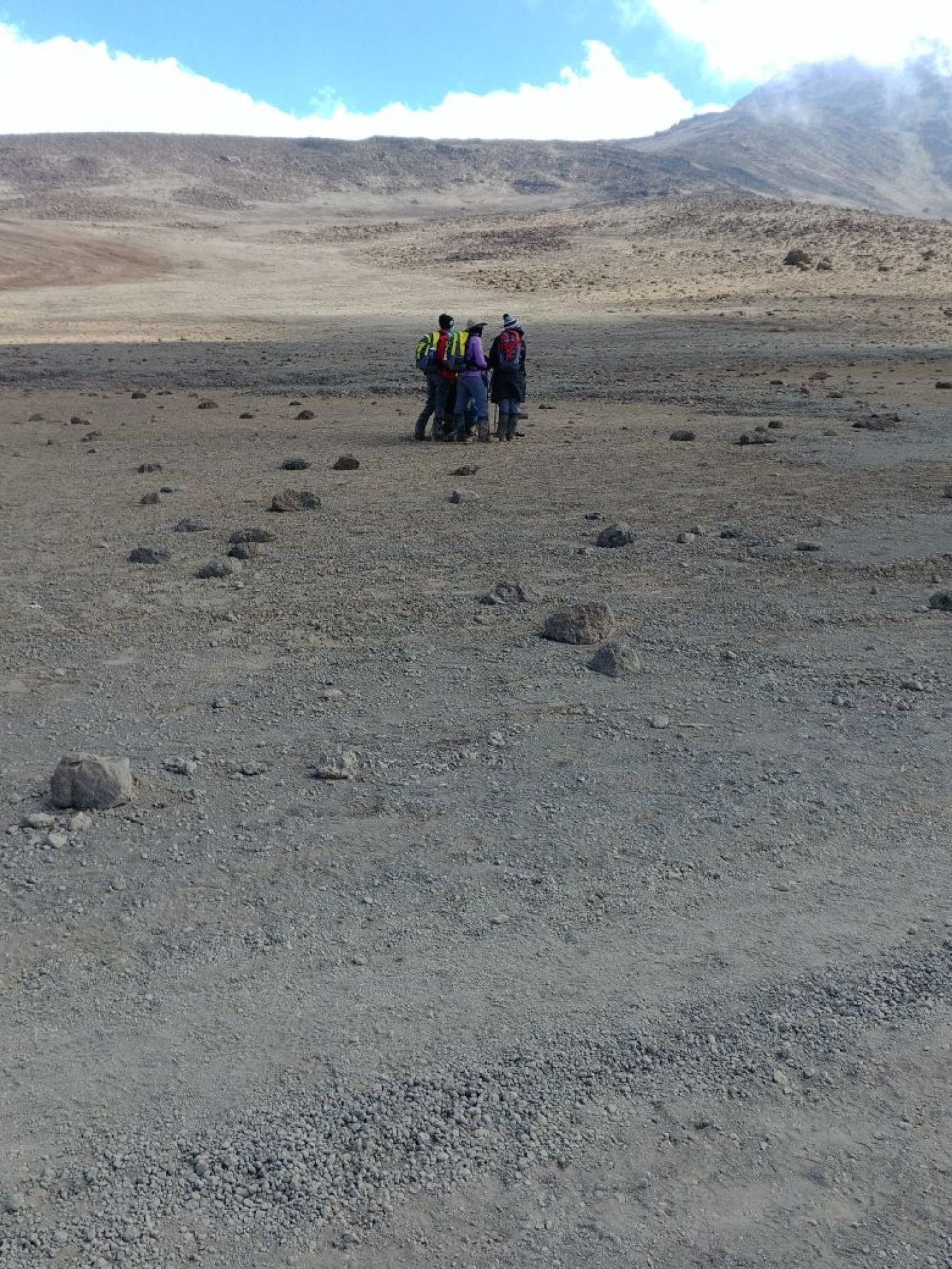 I was so impressed by what I learned from the whole group on the trek, especially the women. There was a moment on the desert part of the mountain when one of the women needed to pee and there was no shelter for her to enjoy some privacy. Others then formed a human shield around her. If only we did this daily against social ills. We had people from e.tv and the SABC, for example, who had to forget about competition in order to deliver the news back home. They worked together despite being each other’s competition. Sometimes we are so focused on our competition with others, we forget we have one country to build.

When you climb Kilimanjaro, first you have a beautiful rainforest: shaded, green, lush, hardly any rocks. Then, later on you find this rocky bit. After that, on smooth terrain, three or four of us were attacked by big ants. Then there were huge boulders to climb. All of this made me think how you shouldn’t always expect the road to be smooth. Keep your mind on the promise at the end of the road – the summit.

As Sibusiso Vilane said, going up is voluntary, coming down is a must. The summit is half the battle won because you still have to go down, and you have to stay focused or you could be injured.

Kilimanjaro’s summit is called Uhuru Peak – "uhuru" means freedom in Swahili. Reaching the summit of your career is half the battle won. You realise you are not free. As long as there is someone who is poor or needy, you can’t claim your freedom. So, it’s what you do with your success or fame to affect the lives of others that counts. 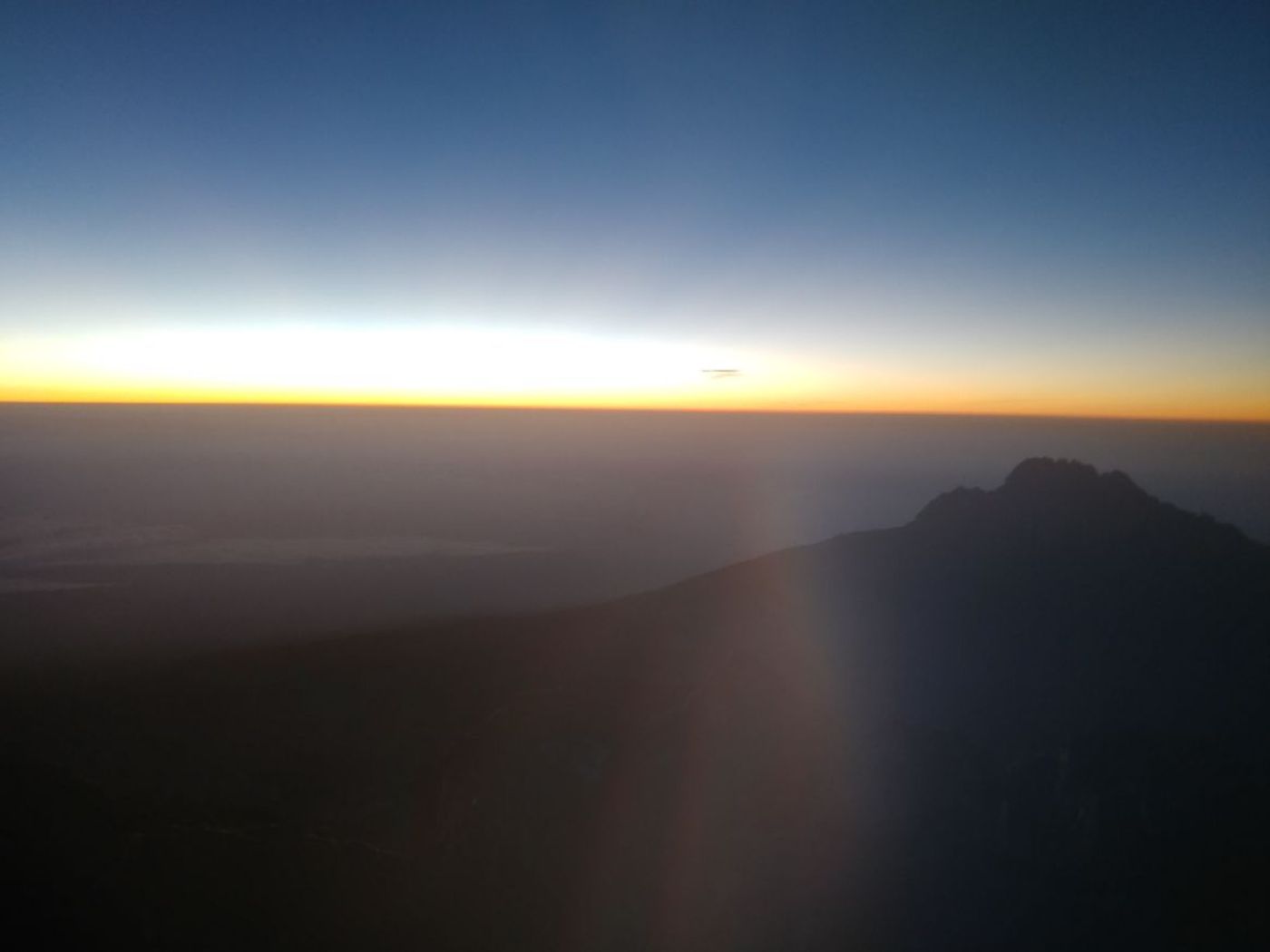 We walked long hours to get to Uhuru Peak, starting at 11pm. It was cold and very, very dark. There was a woman in front of me whose water bottle was dripping. After the bottle was taken off her back, the little that remained froze. That’s how cold it was.

We walked through that dark, deep, tough night. First there was this big, orange moon that came to give us light and that reminded me that even when things are really grim, there is still beauty to be found.

Seeing fellow trekkers bringing the flag with them reinforced for me that there is an obligation on every citizen to fly the flag high, and take responsibility for ensuring that the country works.