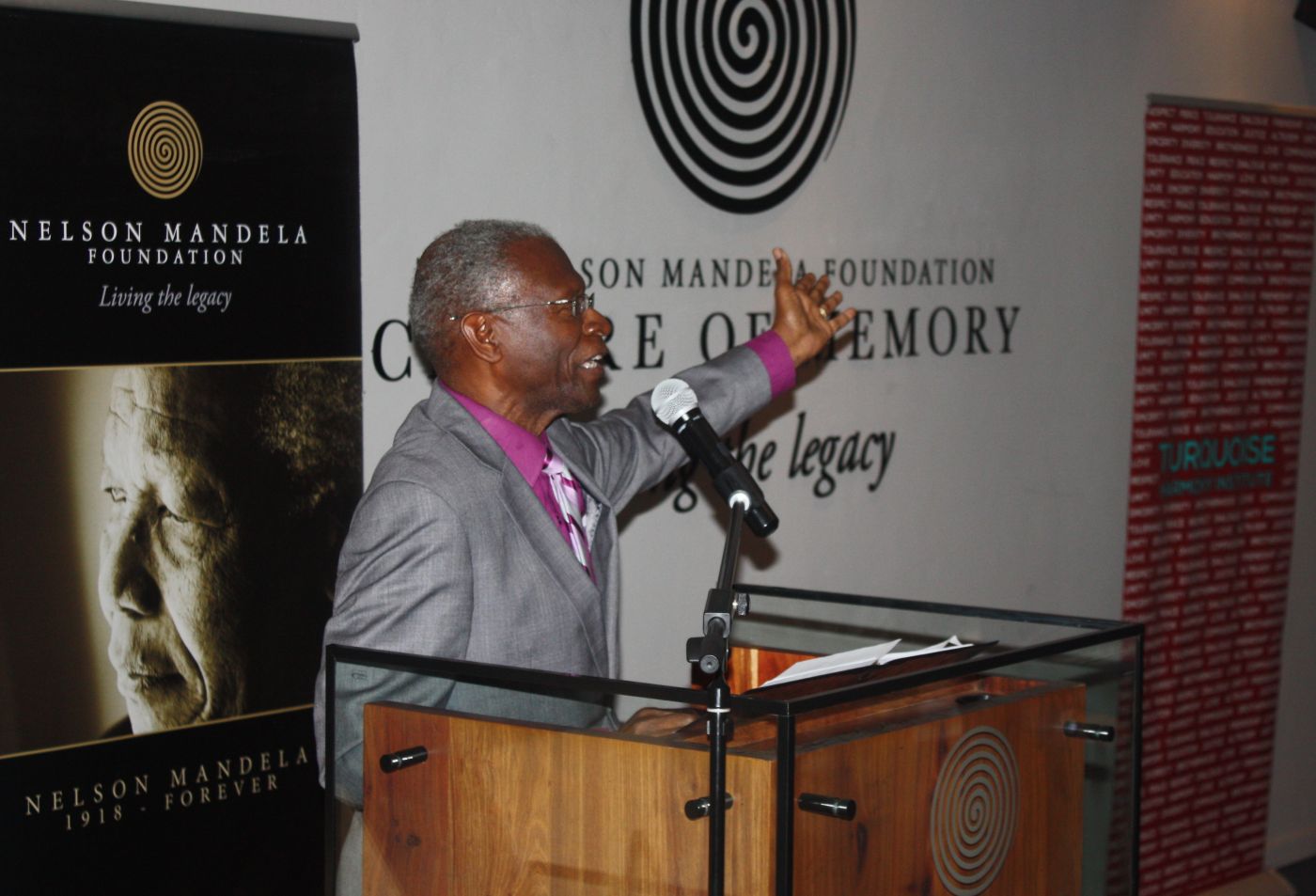 South Africans must keep the attention of government and continue to hold leadership accountable for current challenges.

This was the call from renowned American academic, activist, pastor and professor at Morehouse College, Dr Lawrence Carter, who spoke at the Nelson Mandela Foundation on 28 October.

His talk on kindness, peace and leadership comes in the midst of protests across the country as students protest under one banner – #FeesMustFall – for fair access to education.

“It is very difficult for us to be kind to those who knowingly, or ignorantly, create moral evil. The perpetuation of poverty in South Africa is moral evil,” said Carter.

“ When one practices kindness and courtesy, everything moves toward more humane values – the values of harmony and peace. You do not attract what you want, you attract what you are. You cannot have what you are not willing to be. That’s the non-violent aspect of civil disobedience. ”

“Thirty-six percent unemployment among youth aged between 15 and 34 is a powerful example of moral evil. This is a far cry from the economic, political, social and educational justice called for by one of the greatest moral leaders of the last thousand years – Nelson Mandela.

“Yes, the fees must fall. The students took a page from Mandela’s diary speaking of non-violent, civil disobedience – that, unfortunately, must continue until the government starts working for the people,” he said.

“We cannot deny the burden imposed on those who, through, no fault of their own, find themselves unable to achieve their goals because timely help is not forthcoming. My brothers and sisters, this is a moment in history when timely help must be forthcoming.”

Carter implored South Africans to get, and keep, the attention of government leaders.

“If you don’t continue to practice non-violent civil disobedience, then you are part of the problem, and not the solution. Leaders must be held accountable.” 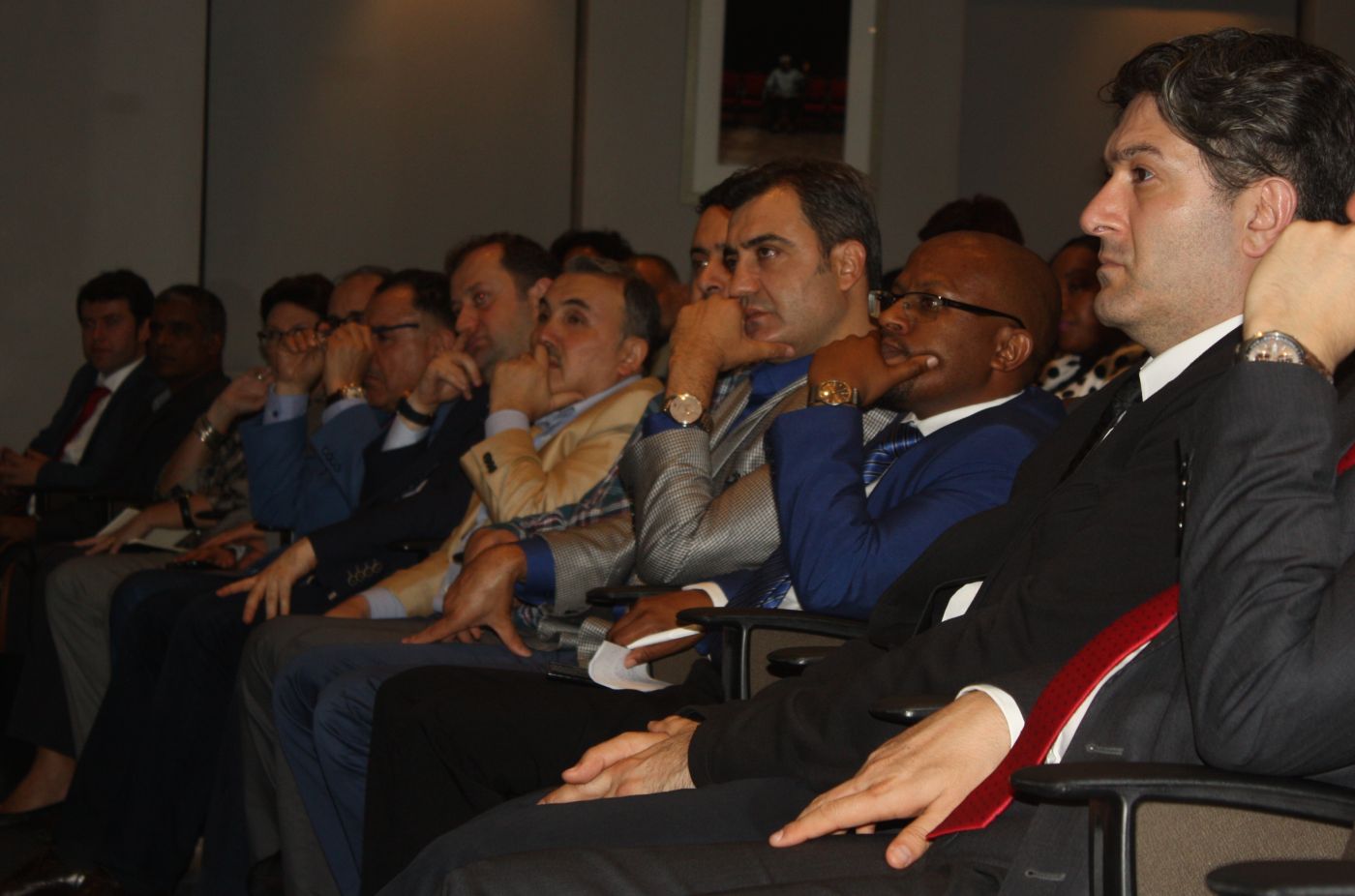 However, Carter stressed that leaders should not be the targets of the collective wrath of a nation. Rather, now more than ever, South African society must engage them with kindness and consideration, so that we may co-create the “ultimate beloved economic world community, and experience the dignity of difference”.

He recalled the story of a man who approached Dr Martin Luther King Jr and spat in his face during the American civil rights revolution. Instead of reacting with rage or violence, King simply wiped his face and handed the handkerchief to the man, saying, “I believe this belongs to you…”

“At that moment, the moral arch of the universe was bent with deliberate intent, not natural impulse,” said Carter. “We must control our emotions and temper them with kindness.

“We must be willing to go beyond political parties and exclusive religions. We don’t have enemies; we have friends with different definitions of experience. In our very diverse world, I charge you to make a commitment to inclusivity. Make an irrevocable covenant with the humanity of the world. Make a determination to protect the inherent dignity of people without exception. That is real democracy.

“I believe Mandela thought about this when he said, ‘We have not taken the final step of our journey, but the first step on a longer, even more difficult road.’ The students around South Africa have taken that step on to the more difficult road, to perfect this nation in creating a dignitarian society.” 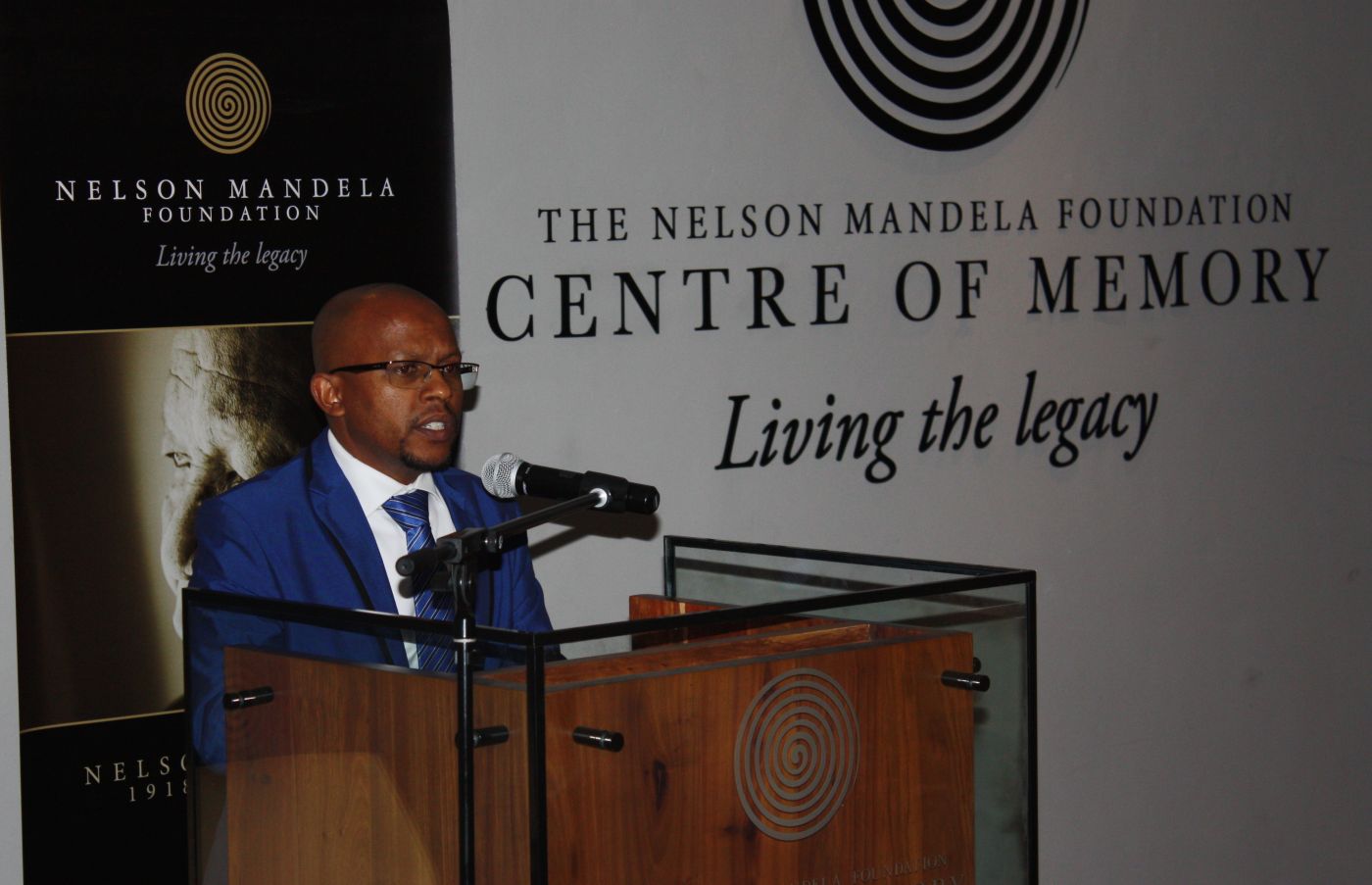 Chief executive of the Foundation, Sello Hatang, said Carter comes at a challenging but hopeful time in South Africa.

“As we applaud the students for their #FeesMustFall campaign, we must applaud with caution. We must reflect, and ask why the students had to resort to protest action in the first place.

“We must also reflect on what it means for us as a country still trying to figure out a democratic policing system that ensures it enforces law and order, but at the same time does not criminalise rights enshrined in our Constitution, like demonstration and the right to education,” said Hatang.

“What does it mean to have democratic policing where we resort to violence – violence manifested by an authority that should not act in such a way?

“We are a violent society. I think as we look at some of the scenes unfolding during the protests, we need to reflect and say, ‘That’s not the South Africa we want to live in.’

“ The coming generations should never again have to protest for something so basic as an education. ”

“It’s also a time to reflect on the gains students have made thus far. We can now set up timeframes looking at what needs to be achieved, and we invite the private sector to come on board to help ensure the government has a plan that can be successfully executed over time.

“The coming generations should never again have to protest for something so basic as an education,” he stressed.