2 February 2020 marked the 30th anniversary of the unbanning of the liberation movements in South Africa and the inauguration of the country’s transition to democracy.

Negotiating Democracy traces the negotiation process from the release of Nelson Mandela to the signing of South Africa's interim constitution. Khulu Mbatha’s collection of photographic images of African National Congress (ANC) leaders in 1990 forms the fulcrum of exhibition. The O’Malley archive was extensively used during the research phase, especially the interviews with those who appear in Ntate Mbatha’s photographs. These leaders were invited to engage with their earlier interviews and then to reflect on them from the vantage point of today. The exhibition takes the viewer on a multimedia experience, where this turbulent but hopeful time in South African history is wonderfully captured.

You can view the physical exhibition at the Nelson Mandela Foundation by contacting the Exhibitions coordinator. 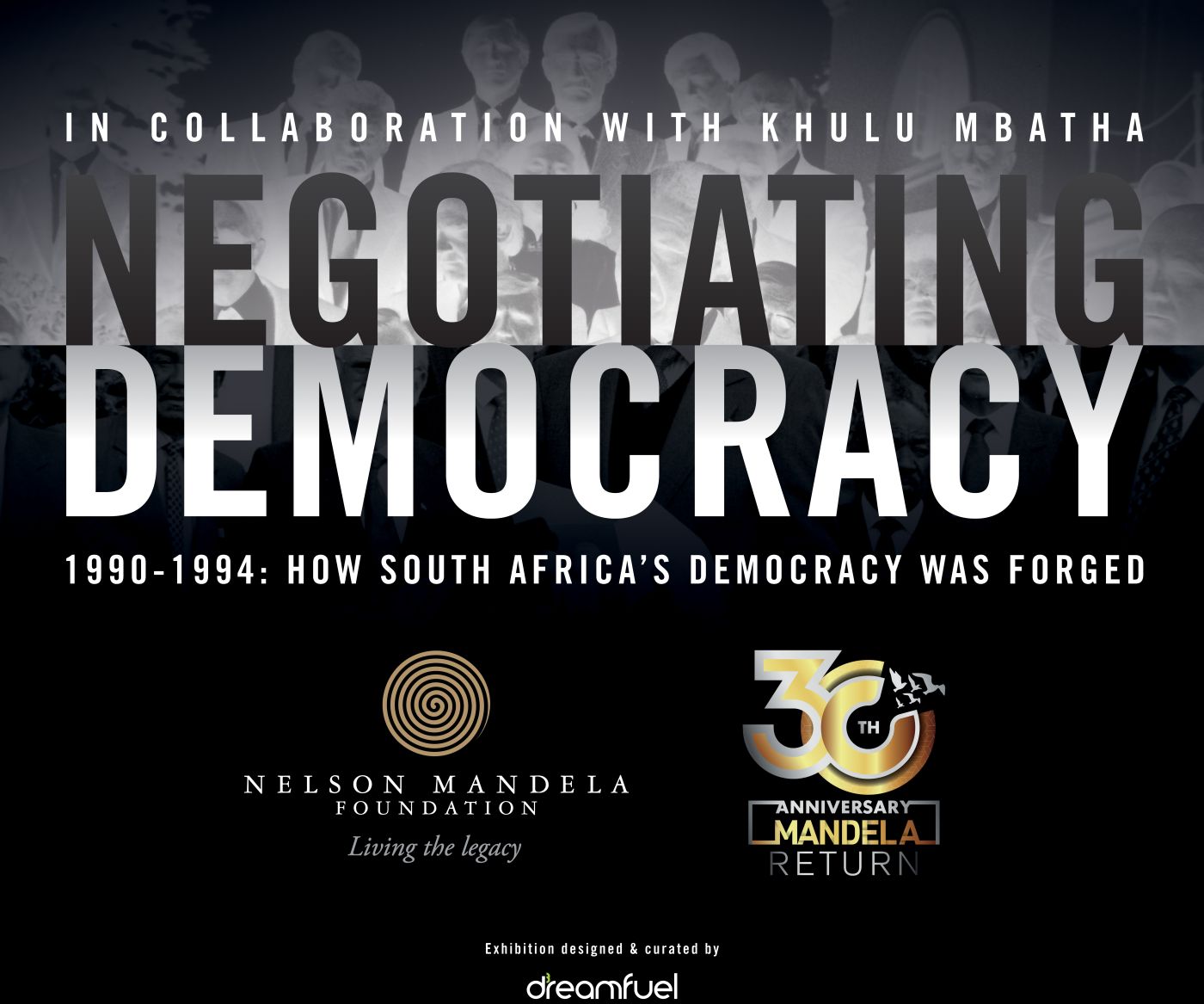