“We, the People of South Africa, declare for all our country and the world to know: that South Africa belongs to all who live in it, black and white, and that no government can justly claim authority unless it is based on the will of all the people.”

These are the opening words of South Africa’s Freedom Charter, adopted 60 years ago and proposed as an alternative constitution by citizens opposed to apartheid.

The idea of a Freedom Charter emerged in the early 1950s shortly after the National Party came to power in South Africa, unleashing on the country a draconian and formalised system of racial segregation it called apartheid.

The African National Congress and its allies, the South African Indian Congress, the Coloured People’s Congress and the Congress of Democrats, joined forces in the Congress of the People Campaign. Volunteers collected demands from ordinary people throughout the country for how they would like to see the country being run. People also sent in their own demands. From these the Freedom Charter was drawn up and adopted on Sunday 26 June 1955, the second day of the Congress of the People Campaign. Over  3 000 delegates witnessed the adoption of the Freedom Charter that day.

Nelson Mandela and some of his comrades, like Ahmed Kathrada, who were living under the severe restrictions of government banning orders, could not openly attend the Congress of the People. They had to hide on the outskirts to witness the historic event.

Nearly 51 years later, a democratic South Africa adopted its new constitution on 8 May 1996. Its preamble echoed the Freedom Charter: “We, the people of South Africa, Recognise the injustices of our past; Honour those who suffered for justice and freedom in our land; Respect those who have worked to build and develop our country; and Believe that South Africa belongs to all who live in it, united in our diversity.”

On 26 June, the second day of the Congress of the People, heavily armed police surrounded the event at Kliptown and searched every delegate. Anything they thought was subversive they confiscated.

More than a year later the regime used the Freedom Charter to clamp down on opposition to its policies. From 5 December 1956 it arrested scores of anti-apartheid activists – men and women of all races and occupations – and put them on trial for high treason.

What became known as the 1956 Treason Trial lasted four-and-a-half years and resulted in the acquittal in stages of all the accused. Two of the so-called subversive items confiscated at the Congress of the People and produced as evidence included catering signs reading "Soup with meat" and "Soup without meat".

During the Treason Trial police killed 69 peaceful protesters in the Sharpeville Massacre on 21 March 1960. As a result, the regime declared South Africa’s first State of Emergency and banned both the ANC and the Pan Africanist Congress.

It became clear then that all avenues of peaceful protest against apartheid had been closed. Within days of his acquittal on 29 March 1961 with the last 28 accused, Mandela went underground. His last-ditch attempt to get Prime Minister HF Verwoerd to call a national convention on a non-racial constitution for South Africa failed and Mandela helped to establish and lead the ANC’s armed wing, Umkhonto weSizwe (MK), or Spear of the Nation.

Just over 16 months later he was arrested and on 7 November 1962 sentenced to five years in prison. On 12 June 1964 Mandela, Kathrada, Walter Sisulu, Raymond Mhlaba, Denis Goldberg, Elias Motsoaledi, Govan Mbeki and Andrew Mlangeni were sentenced to life imprisonment for sabotage in the Rivonia Trial.

After his release from prison on 11 February 1990, Mandela and his comrades began picking up from where the Freedom Charter left off and continued the process to develop a new blueprint for the government of South Africa. The 1996 constitution has been hailed as among one of the most progressive in the world.

The documents below are from the Abdul Bham Collection held at the Nelson Mandela Foundation's Centre of Memory: 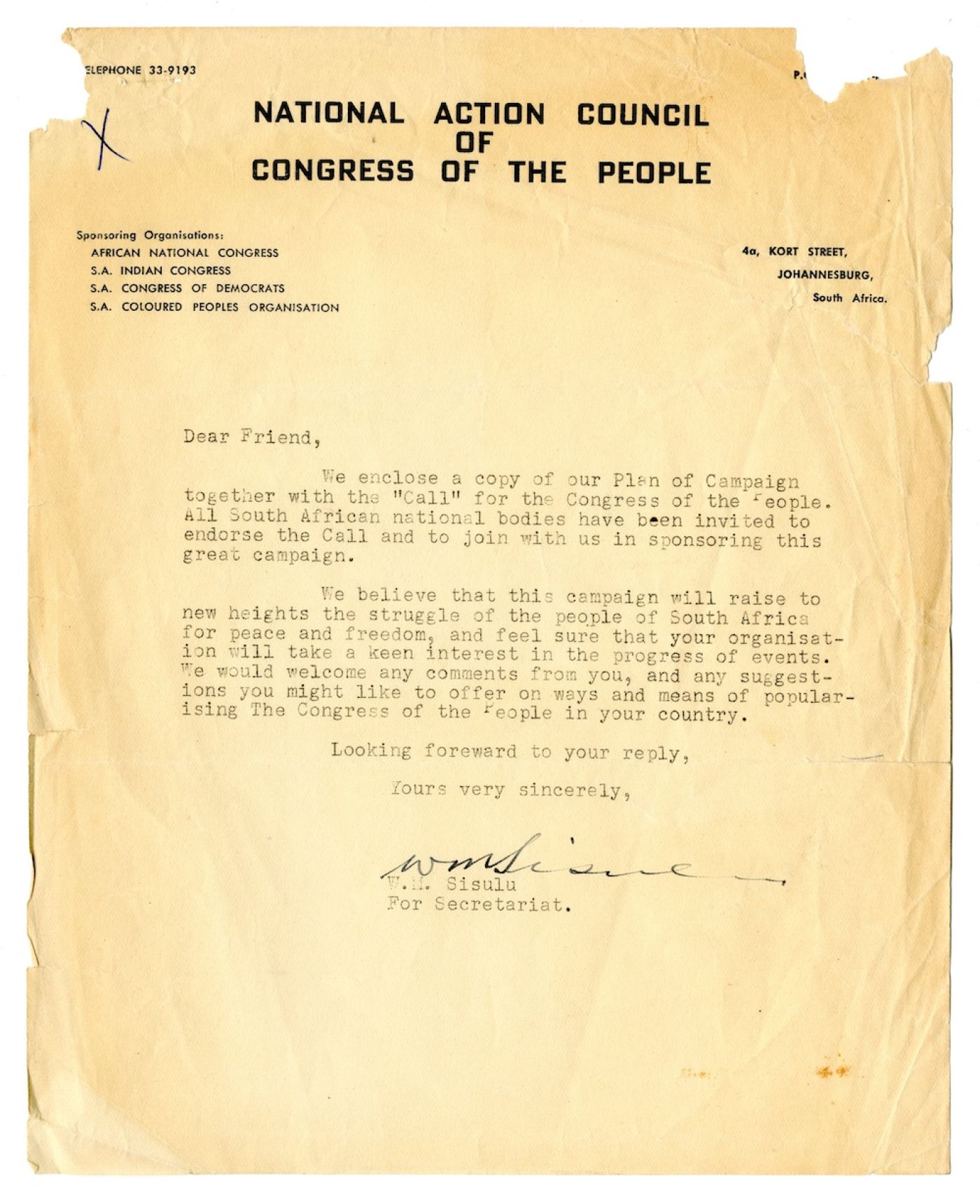 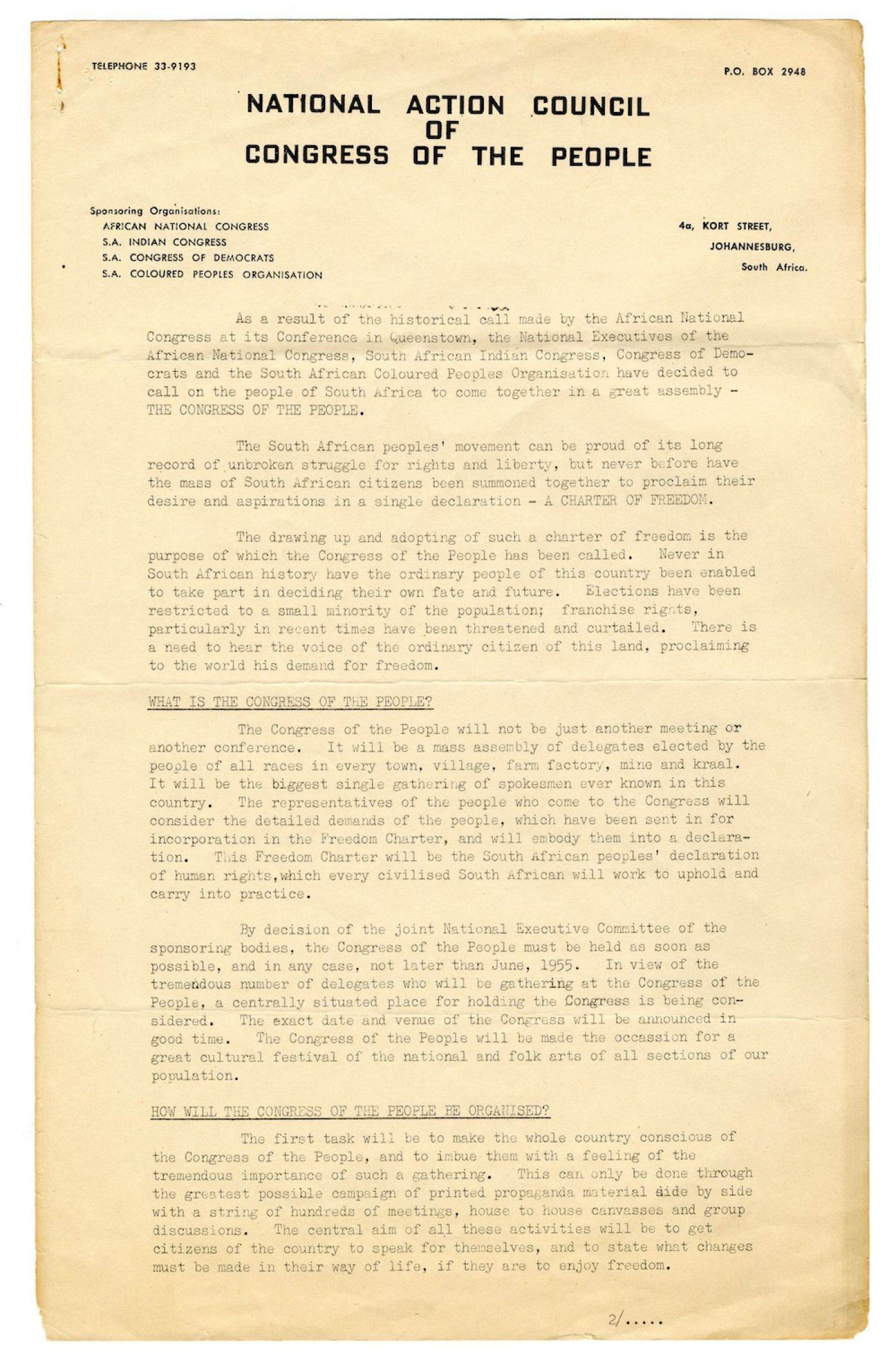 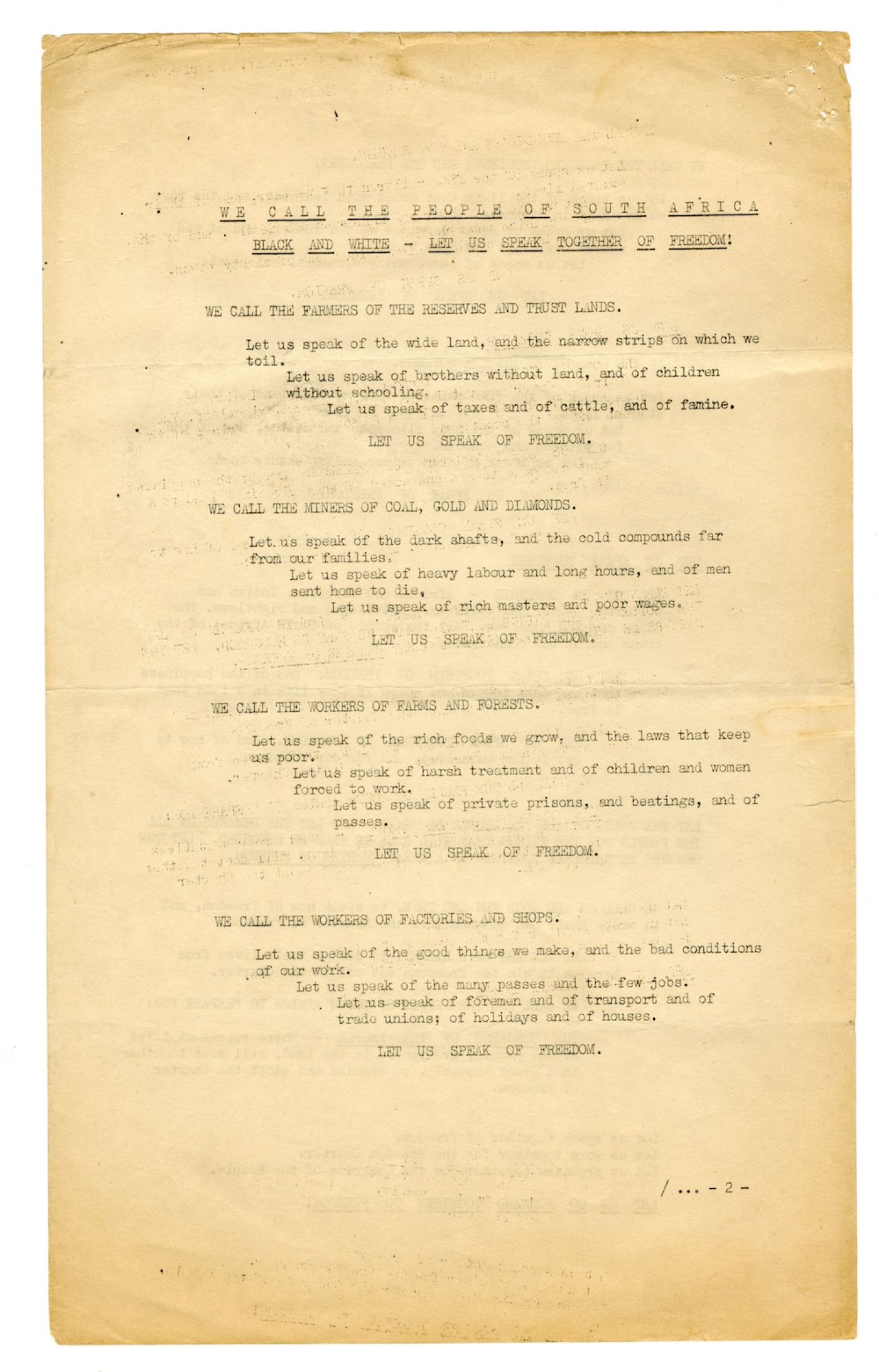 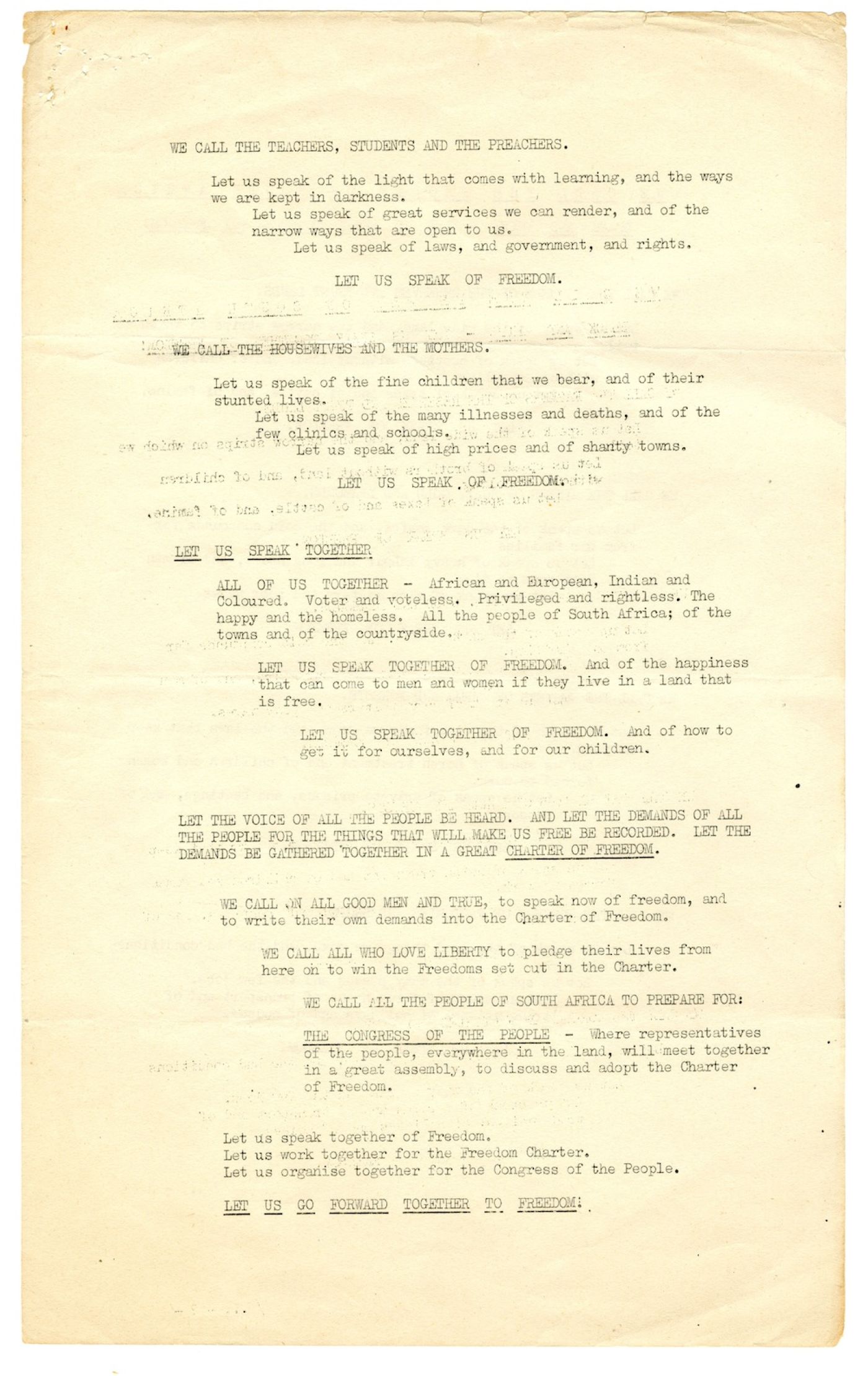