Instead, Mandela Day is a campaign to build cultures of service. To encourage people to take responsibility for making the world a better place for all. To make every day a Mandela Day.

In so many countries the division between the haves and the have-nots, the rich and the poor, the privileged and the underprivileged, has been growing. And one of the central problems is that of alienation. The privileged are not exposed to how the great majority of people have to live. They do not see the realities of daily life for the majority. They are alienated. Mandela Day seeks to contribute to overcoming that alienation. It encourages projects and programmes that expose those of us who are privileged to the experiences of those Mr Mandela called the poor, the vulnerable and the marginalised.

Mr Mandela followed three rules throughout his life: 1. Free yourself 2. Free others, and 3. Serve every day.

It was not just a mantra but a way of life. Mr Mandela had an overriding mission: to unite a deeply divided country through nation building, reconciliation, dialogue, debate, peace and the restoration of dignity.

Mr Mandela was the quintessential servant. It was his job, his duty to, free himself and the people and then to continue being a servant of those very people.

His legacy has created the opportunity for our nation and indeed the world to achieve a common future through social justice. And this is the mandate he gave the Nelson Mandela Foundation.

He made that mandate very clear in 2008 when he passed on the torch of public service to everyone, saying, “It’s in your hands to make a difference.” It has become the Foundation’s call to everyone to embrace a life of service as active global citizens.

Whichever path people choose to take on their journey it should be inspired by the belief that we live to serve every day in everything we do. This would be a fitting tribute to Madiba.

On 10 May 2004, exactly 10 years after he was inaugurated as President of South Africa, Madiba was invited back to address a special sitting of Parliament. He said:

“My wish is that South Africans never give up on the belief in goodness, that they cherish that faith in human beings as a cornerstone of our democracy. The first value mentioned under the founding principles of our Constitution is that of human dignity. We accord persons dignity by assuming that they are good, that they share the human qualities we ascribe to ourselves. Historical enemies succeeded in negotiating a peaceful transition from apartheid to democracy exactly because we were prepared to accept the inherent capacity for goodness in the other.”

Lead by example and pay tribute to a great man.

For more information go to www.mandeladay.com 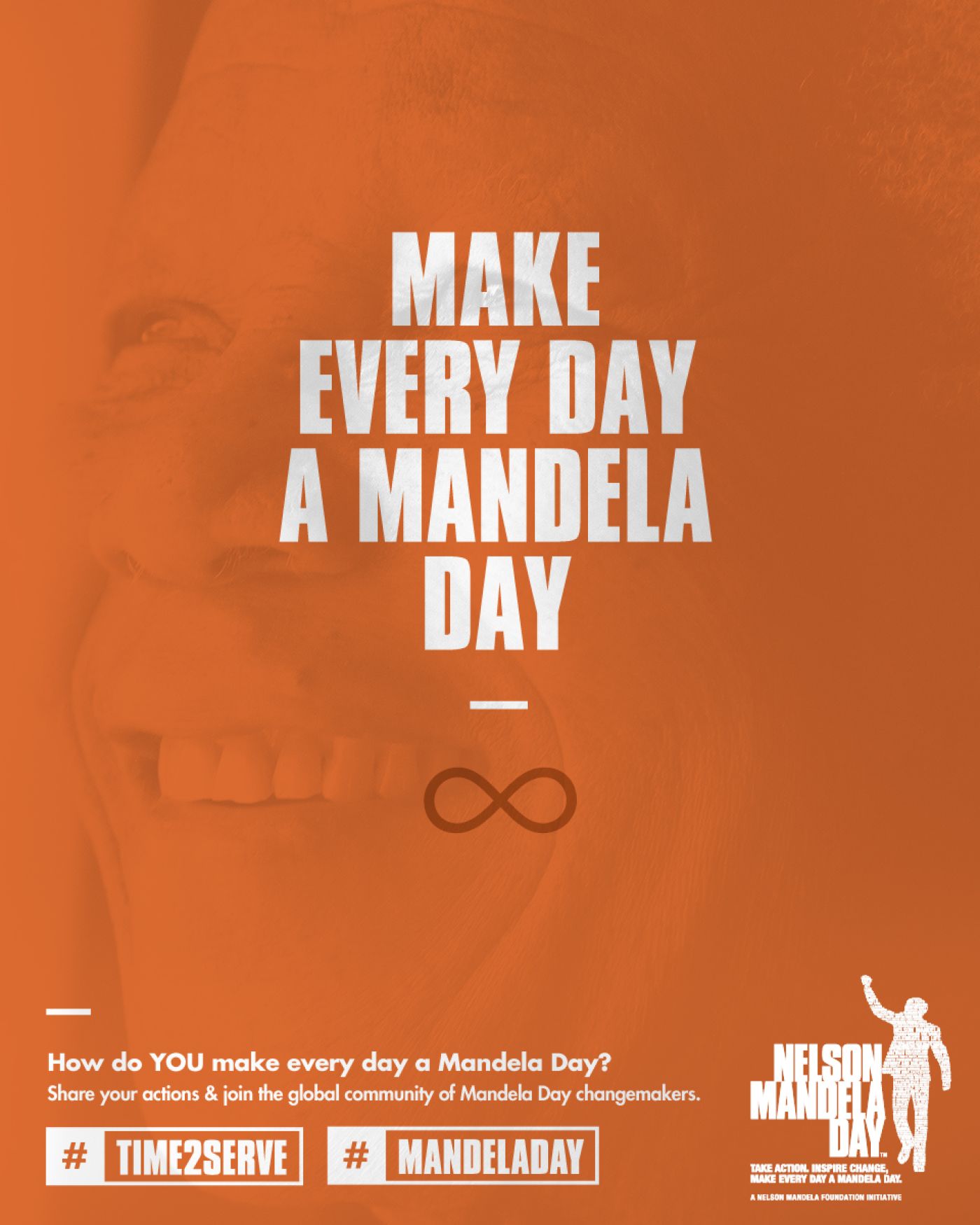