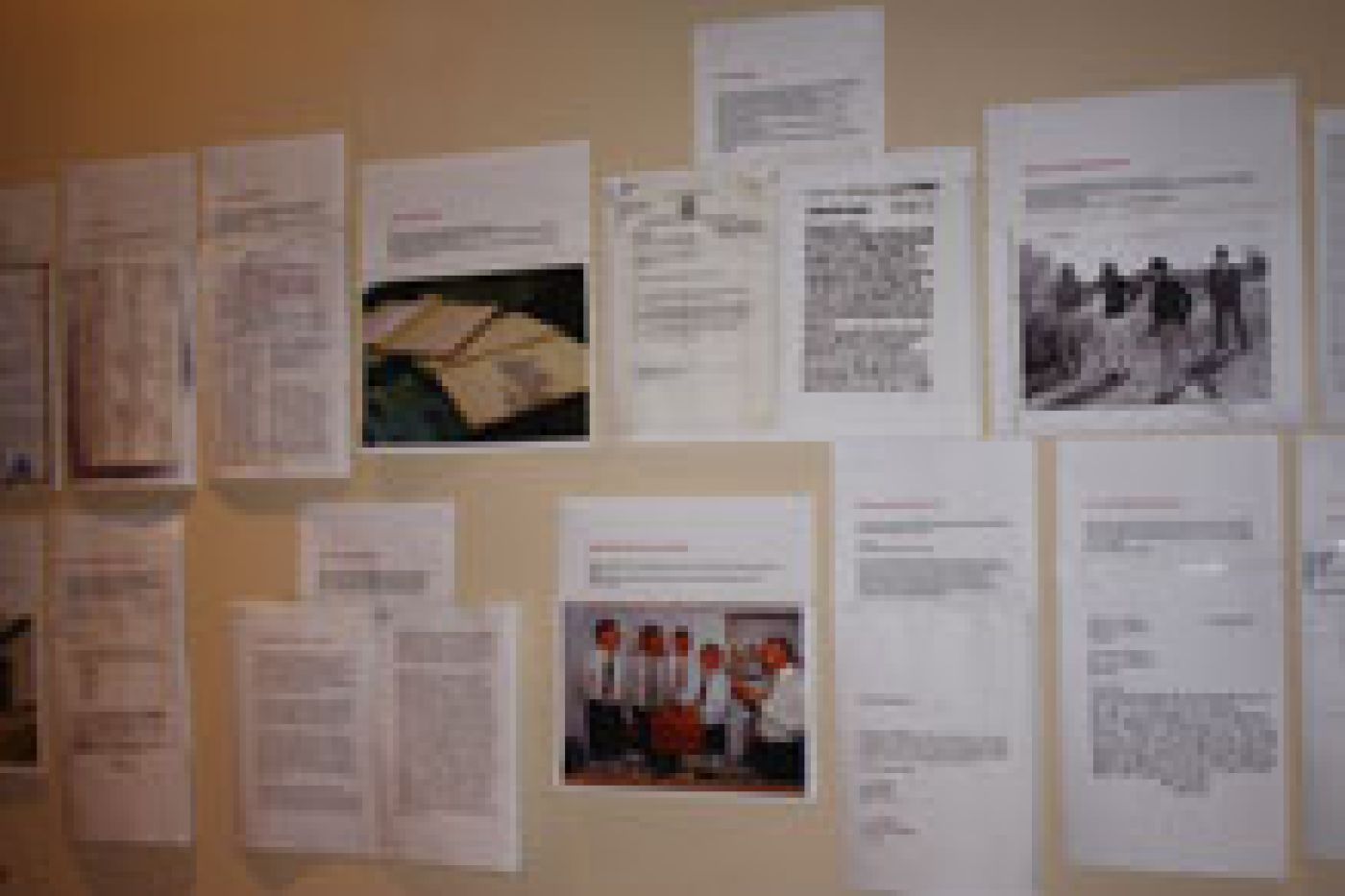 February 11, 2010 – Members of staff at the Nelson Mandela Foundation gathered in the Autshumayo Auditorium at the Foundation’s offices today, to celebrate and commemorate the day, 20 years ago, when Nelson Mandela was released from prison.

To mark the occasion of Mr Mandela walking out of Victor Verster Prison on February 11, 1990, after 27-and-a-half years in prison, staff members of the Nelson Mandela Foundation watched the documentary film, Nelson Mandela: In the Name of Freedom – which premiers on French television tonight. They also viewed archival documents housed in the Centre of Memory.

“We wanted to do something to mark the anniversary of Mr Mandela’s release,” said Archivist Razia Saleh. “So we’ve asked people to come and join us in the auditorium to watch the movie. We’ve also put up a display of material from the archive that people have been asking us about in the last few weeks.”

Nelson Mandela: In the Name of Freedom details South Africa’s history of oppression, the struggle against the apartheid regime and Mr Mandela’s personal crusade to bring about democracy in the country of his birth.

The documentary, by French filmmaker Joel Calmettes, is an intelligent and poignant explication of Mr Mandela’s journey from political prisoner to president. It includes comments from friends and fellow activists (among them Ahmed Kathrada, George Bizos, Mac Maharaj, Joe Matthews and Amina Cachalia), a former prison warder (Christo Brand) and political adversaries (Pik Botha and FW de Klerk). It also includes old footage of interviews with Mr Mandela and members of his family, photographs and excerpts from some of his speeches. At the same time, it details South Africa’s transition from an oppressive, racist nation to a non-racial, democratic one.

The Nelson Mandela Foundation’s Centre of Memory provided assistance to Calmettes and his production team during the pre and post-production phases of the documentary.

After watching the movie, the staff members listened to stories of Mr Mandela’s release, read by the Foundation’s Boniswa Qabaka, before viewing materials from the archive of the Centre of Memory.