The Nelson Mandela Foundation recently concluded a visit to New York to rekindle old relationships, following a period of isolation as the world battled COVID-19. The visit drew on long years of support for the Foundation’s work and for the legacy of its Founder from philanthropists, foundations, funding agencies and corporates sharing a commitment to social justice. 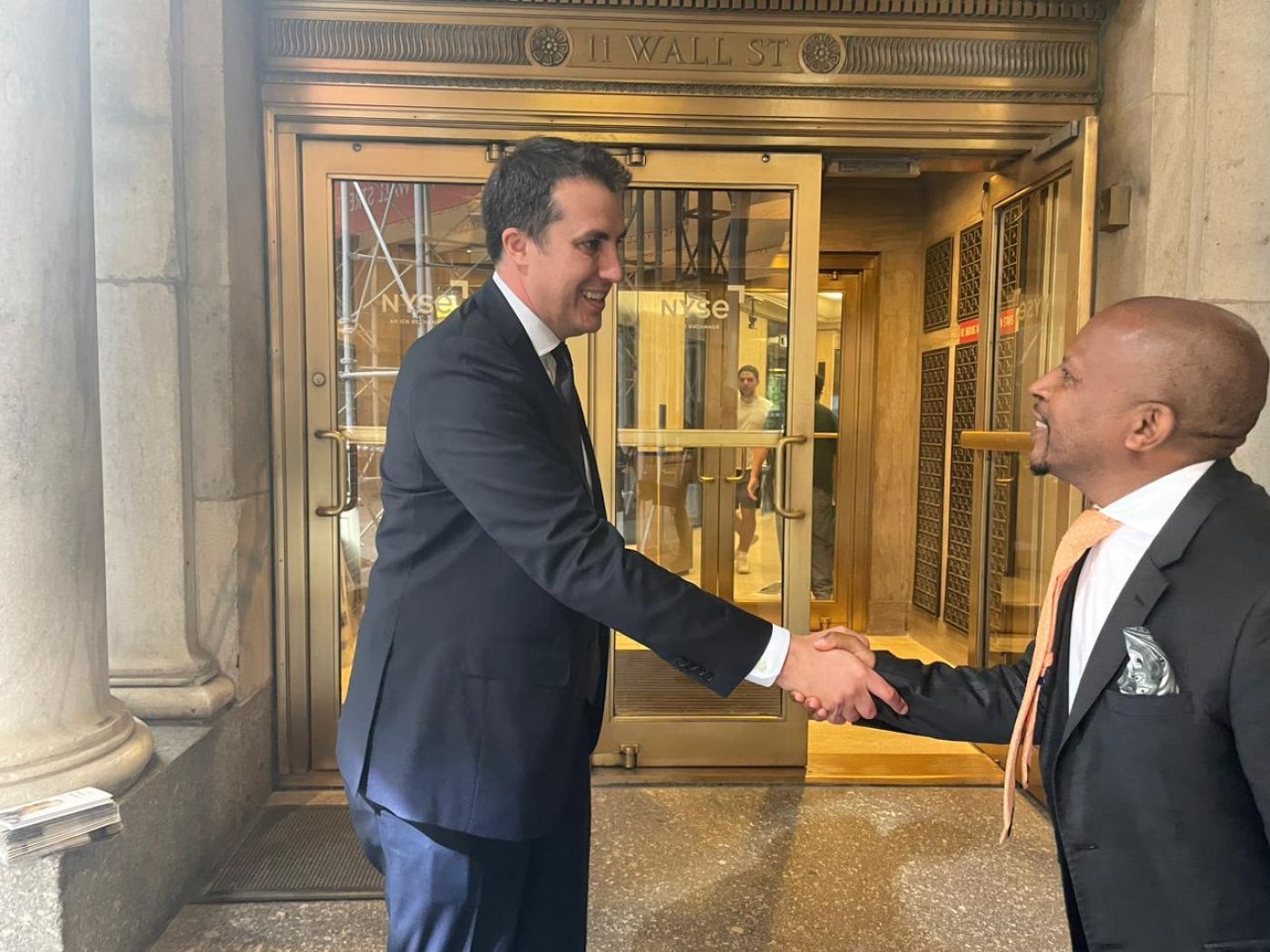 The visit coincided with the 20th anniversary of Nelson Mandela’s attendance of a session at the New York Stock Exchange (NYSE) in 2002. This was the context for the Foundation’s Chief Executive, Sello Hatang, to sit down with the NYSE Vice Chairman, John Tuttle, and reflect on how best to create opportunities for closing the gap between privileged individuals and the growing human populations with limited resources.

The imperative is to find solidarities, combat inequity, and realise sustainable solutions. As Tuttle explained, while talent and intellect are equally distributed, opportunity is not. The NYSE then extended an invitation to the Foundation Chief Executive to ring the Trade Floor opening bell on Friday, 23 September 2022, as Nelson Mandela had done twenty years before. 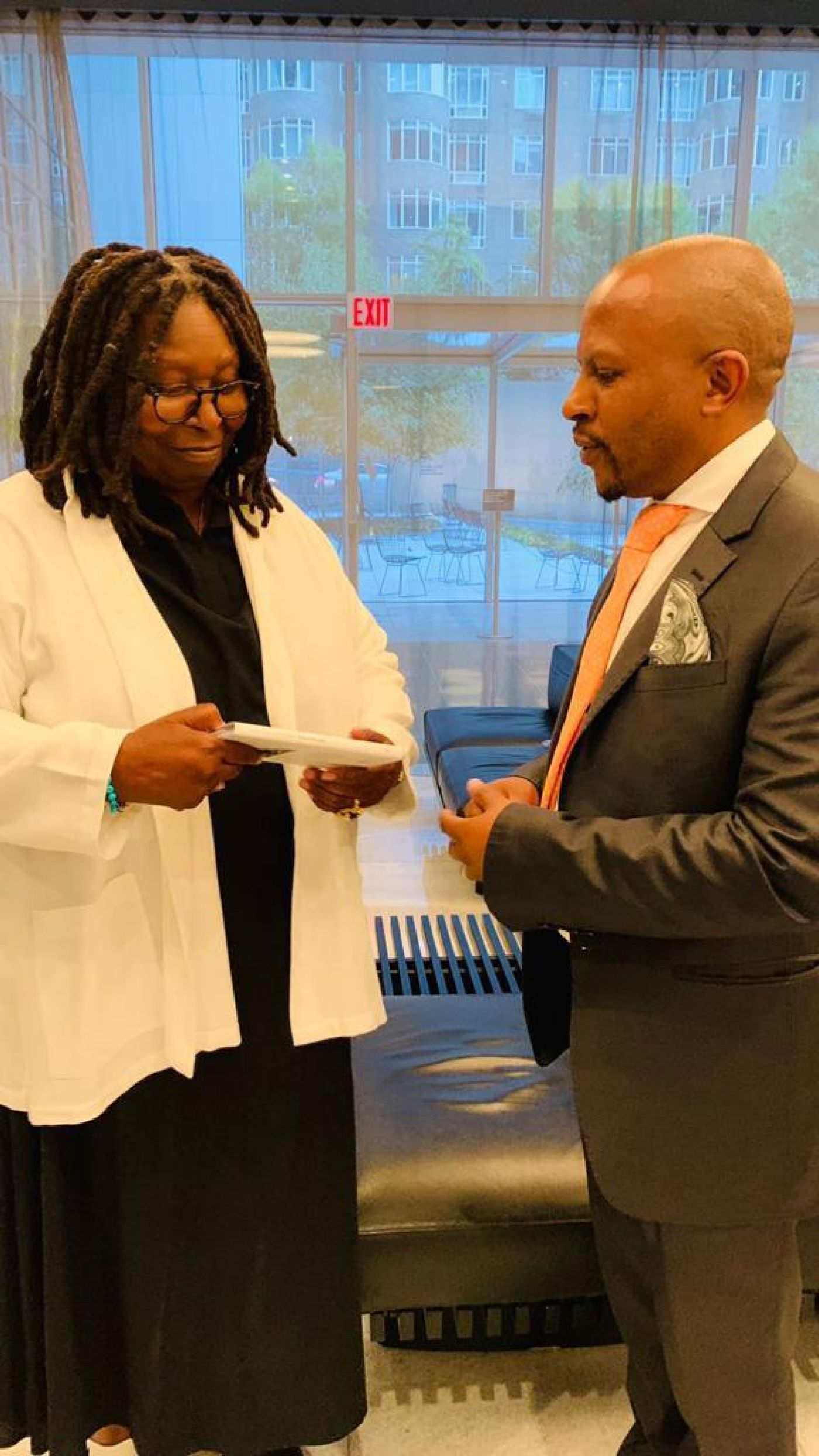 Hollywood star Whoopi Goldberg, who stared in the 1992 film version of Sarafina!, which depicts the 1976 Soweto Uprising, with Foundation CE Sello Hatang.

In New York, the Foundation was also privileged to co-host the 30th anniversary of the Tony Award-winning musical, Sarafina!, together with the South African Ambassador to the United Nations and the film's producer and friend of the Foundation, Anant Singh, at the Museum of Modern Art. Sarafina! is a depiction of a key moment in the struggles against Apartheid. Given the Foundation’s commitment to documenting the life and times of Nelson Mandela, the movie carries a particular historical significance.

And we would argue that its relevance today is rooted in the awareness that the long walk to freedom continues. Our message is that we honour the generation represented in Sarafina! by continuing to work for the country of that generation’s dreams. We must keep struggling for the justice that will ensure that young people today will ultimately inherit a country where they and their children can thrive.

The Foundation would like to express its gratitude to friends old and new who keep demonstrating commitment to walking the walk. 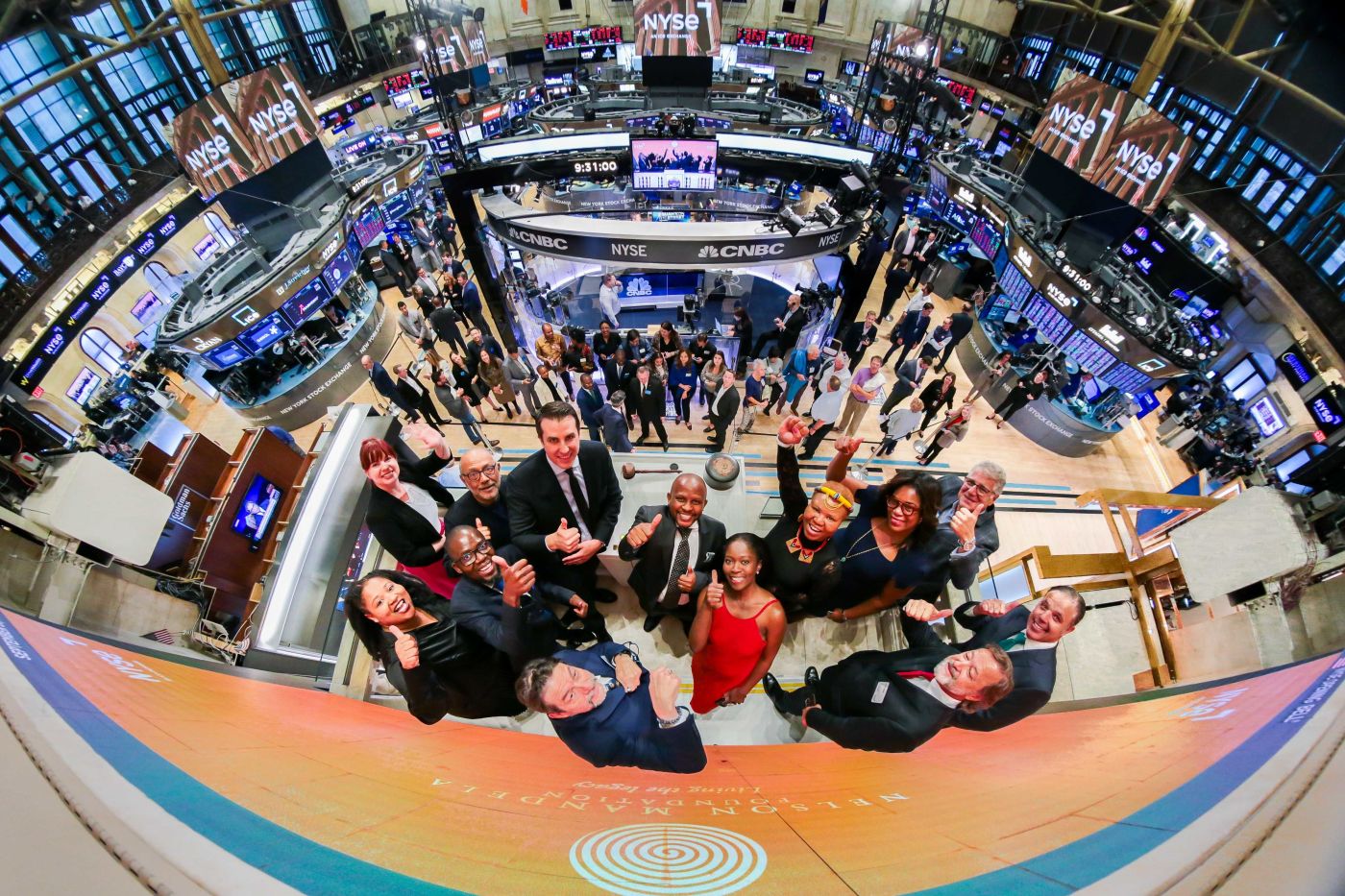 The Nelson Mandela Foundation recently concluded a visit to New York to rekindle old relationships, following a period of isolation as the world battled COVID-19.