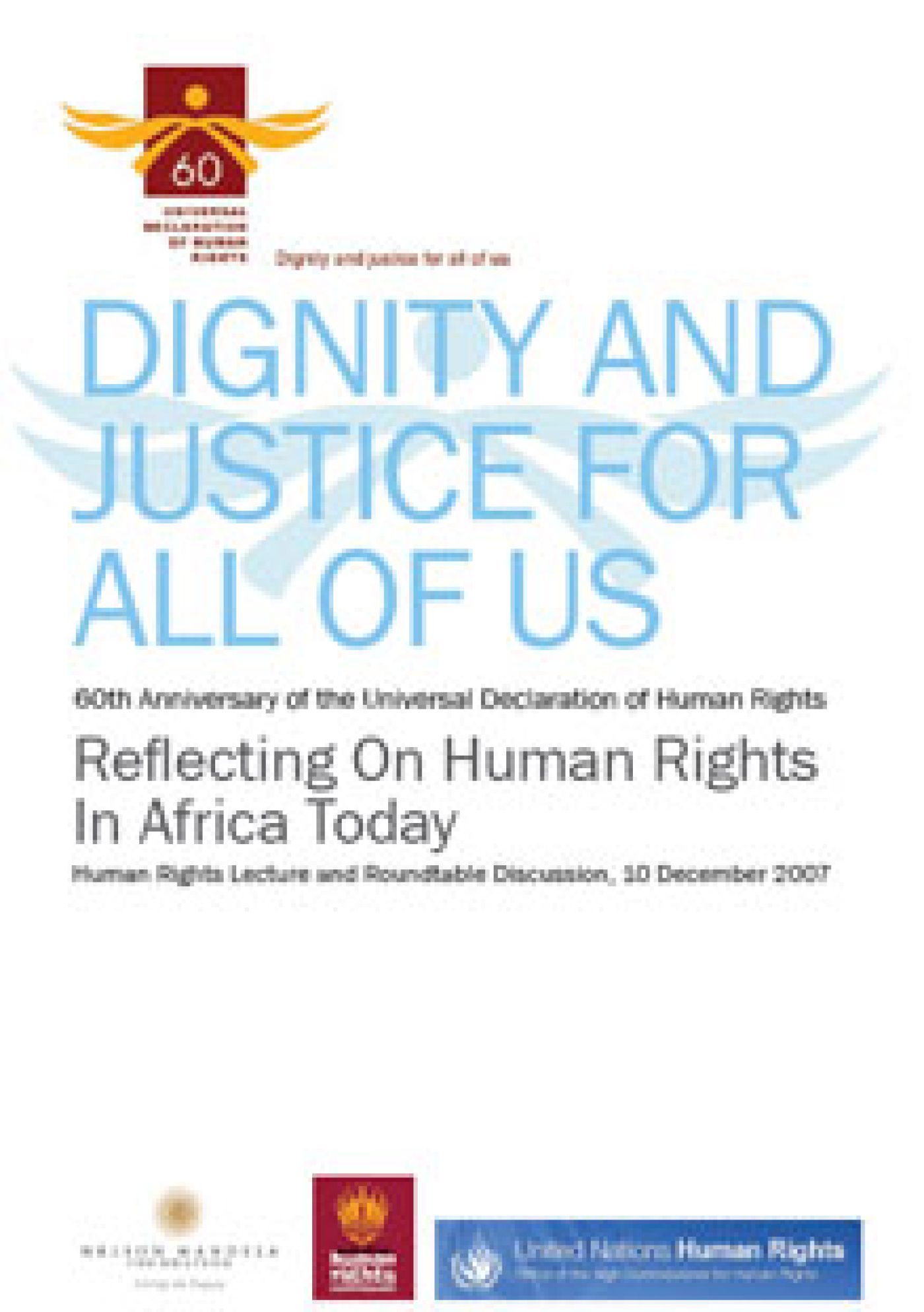 March 27, 2008 – The Nelson Mandela Foundation has just published a booklet recording the Human Rights Lecture and Roundtable Discussion held in conjunction with the South African Human Rights Commission (SAHRC) and the United Nations Office of the High Commissioner for Human Rights (UNOHCHR) on December 10, 2007.

Bahame Tom Nyanduga, African Commissioner on Human and People’s Rights, delivered the keynote address, “The Legacy of the Universal Declaration of Human Rights to Africa: Lessons, Challenges and Prospects”. He was joined by Raenette Taljaard of the Helen Suzman Foundation, Jacqueline Nzoyihera of the UNOHCHR, Jody Kollapen of the SAHRC and Achmat Dangor, CEO of the Foundation, who facilitated the discussion.

The event also launched a year-long United Nations advocacy campaign to mark the 60th anniversary of the Universal Declaration of Human Rights (UDHR). The campaign, an initiative of the United Nations Secretary-General, Ban Ki-moon, will be led by the High Commissioner for Human Rights and supported by UN agencies, departments and funds, and other international and local partners. It will celebrate the Declaration and the promise that has made this document so enduring: “Dignity And Justice For All Of Us”.

The booklet is entitled “Dignity and Justice for All” and is available to download. 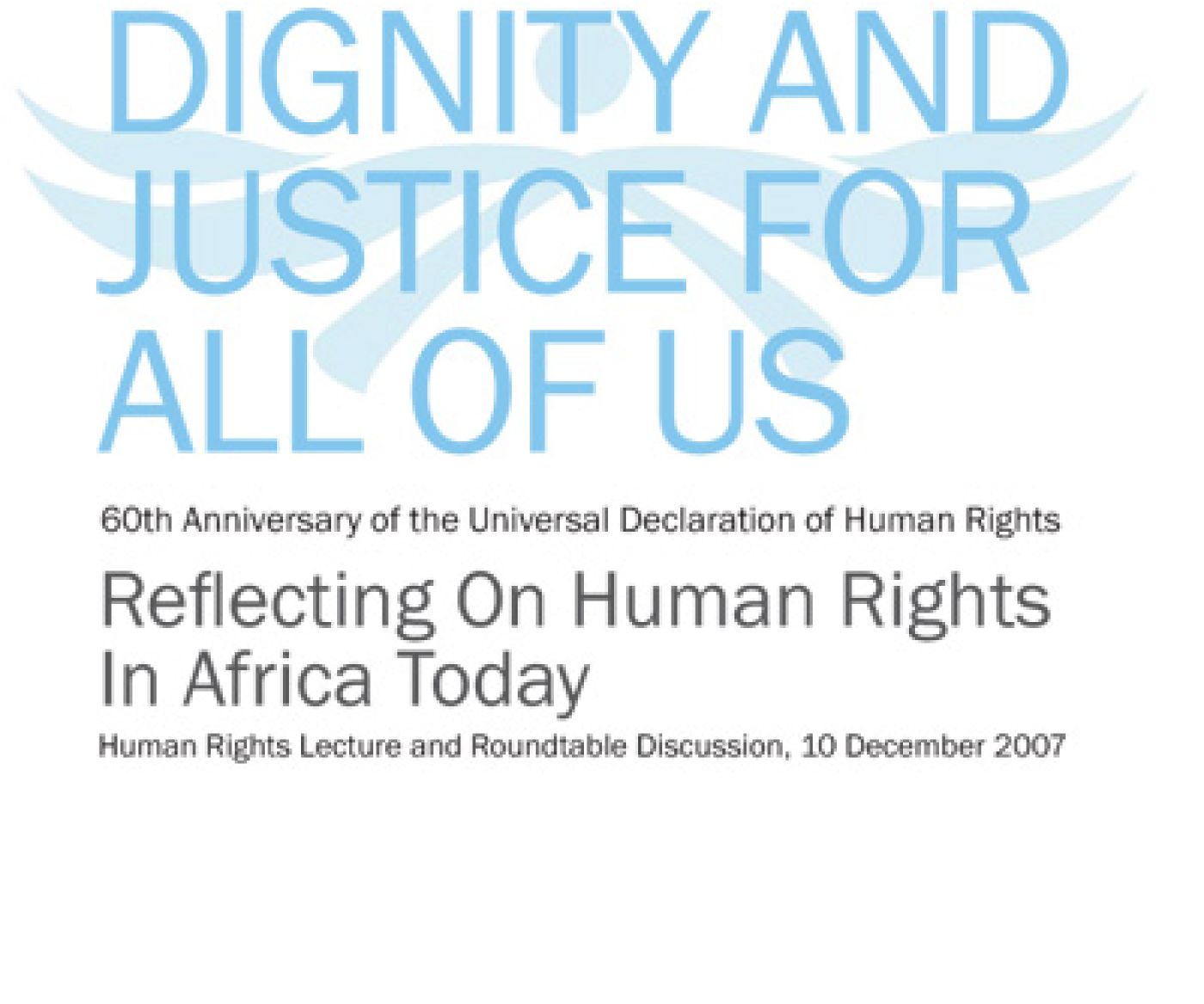 An edited version of transcripts of the Human Rights Lecture and Roundtable Discussion on Dignity…
Continue reading...