During the time of the 14th Nelson Mandela Annual Lecture delivered by Bill Gates in 2016 at the University of Pretoria’s Mamelodi campus, the Nelson Mandela Foundation paid a visit to families who lost loved ones during Apartheid, loved ones whose remains have yet to be found. Some of whom are called ‘the Mamelodi 10’.

The story of the Mamelodi 10 is a devastating one. On the 26th of June, 1986, 10 teenagers were rounded up in a joint operation by members of the police's Northern and Western Transvaal Security Branch as well as the South African Defence Force’s Special Forces. Joe Mamasela, an askari of the joint operation, drove a minibus through Mamelodi, making out to the teenagers as though he was a member of uMkhonto weSizwe, collecting recruits into exile. Instead, Mamasela drove the boys into the bushes near Zeerust where the rest of the joint operation was waiting. They made the boys lie on the ground and injected them with an unknown substance that sent them into a state of unconsciousness. They were then moved into a different minibus and an accident site was faked as the minibus was burnt with the boys trapped alive inside. When locals later found the bodies, they buried them as unidentified paupers.

The families of the boys believed that the boys had gone into exile and that their fate was unknown. However, what had truly happened was revealed at the Truth and Reconciliation Commission. In 2005, the Missing Persons Task Team within the National Prosecuting Authority investigated the incident and discovered that the boys were buried at the Winterveld cemetery in Pretoria.

On Monday, the 2nd of December 2019,  the Foundation, in collaboration with various stakeholders, turned its staff year-end function into an opportunity to demonstrate its commitment to the wellbeing of the Mamelodi families. The Soweto Gospel Choir delighted representatives of the families with songs as they disembarked from boarded the bus into the Nelson Mandela Centre of Memory

The representatives were then taken on a tour of the Centre of Memory, interacted with Nelson Mandela’s private papers and visited Madiba’s post-presidential office. Over the course of the day, the Foundation served lunch to the families and handed over Christmas hampers with groceries to make their festive season truly one to remember as well as vouchers for the children’s school uniform for the coming year.

“We thought we were forgotten, but now I can see that we are remembered,” shared one of the elders that the Foundation hosted.

It was recently reported that the last body from the Mamelodi 10 was found in an unmarked grave at the cemetery. This news has delighted the Foundation and we remain optimistic that all remains of the Mamelodi 10 yet to found will be reconnected with their families.

The day was made possible by the Nelson Mandela Foundation staff with the support of the following: 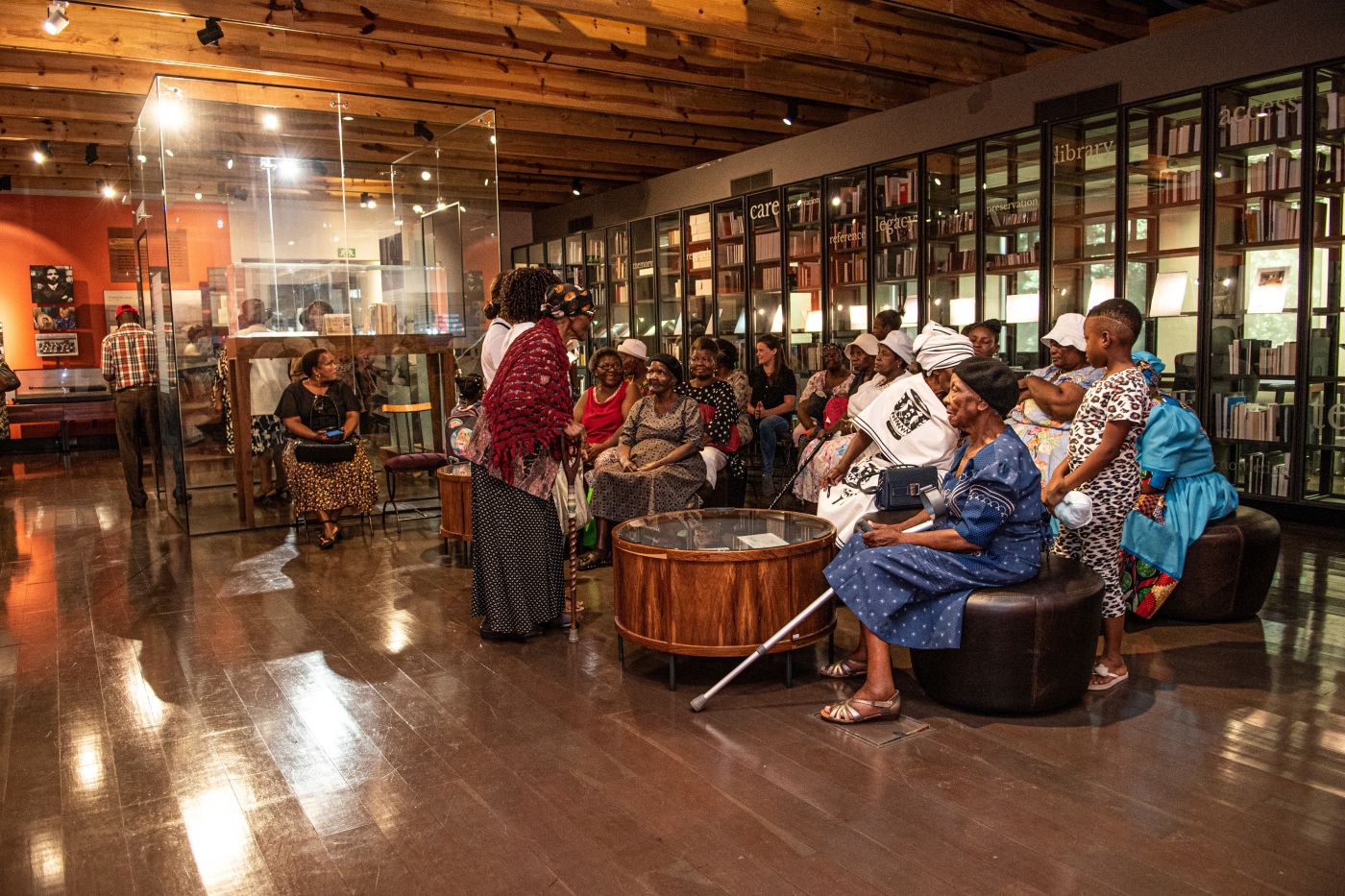 On Monday, the 2nd of December 2019,  the Foundation, in collaboration with various stakeholders, turned its staff year-end function into an opportunity to demonstrate its commitment to the wellbeing of the families of 10 murdered anti-apatrtheid activists. 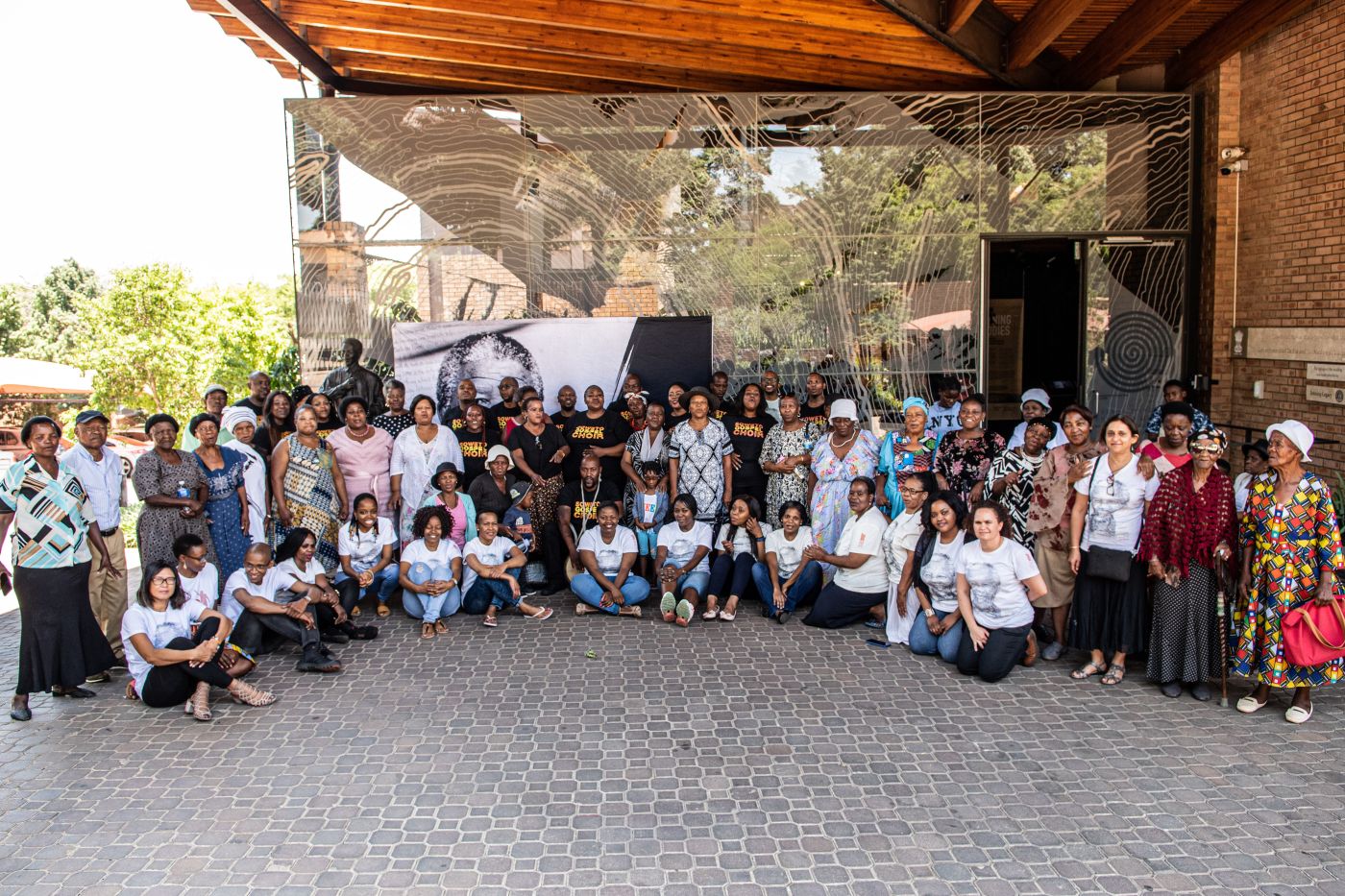