An image from For Madiba with Love

The Stellenbosch University Museum invites members of the public to attend the launch of two new exhibitions on 25 August 2014: Black Man in a White Man’s Court – the forgotten trial of Nelson Mandela and For Madiba with Love – a photographic exhibition by David Turnley.

Working in close co-operation with the Nelson Mandela Museum, the Stellenbosch University Museum will display both exhibitions from the date of launch.

On Sunday 5 August ,1962 South Africa’s most wanted man was arrested after almost 17 months underground – seven months of them outside the country. It was a coup for the apartheid regime and a blow for the liberation movement. Nelson Mandela was in custody. Dubbed by the media as the Black Pimpernel for his ability to evade arrest, he was put on trial for leaving the country without a passport and for inciting workers to strike.

At this short trial, he wore a bead necklace and a jackal-skin karros draped over his left shoulder to assert his identity as an African.

It was in the Old Synagogue in Pretoria, which became a "Special Regional Court" for his trial, that he made his first "Speech from the Dock" – a statement an accused could make without fear of cross-examination. On the first day of his trial on 22 October 1962 Mandela made the speech, now known as the Black Man in a White Man’s Court speech, while applying for the magistrate to recuse himself because he did not believe that he would be given a fair trial.

The 44-year-old attorney ran his own defence with legal advice given by his comrade Bob Hepple, who substituted for the banned Joe Slovo, who had been forbidden to travel to Pretoria for the trial. He allowed the prosecution to expect a lengthy defence, but he mounted none.

On the day of his conviction, 7 November 1962, prosecutor DJ Bosch came to the holding cells and embraced him, explaining how hard it was for him to ask for a conviction. After being found guilty on incitement and leaving the country without a passport, Mandela gave a closing speech of about an hour long. He was sentenced to five years in prison, which he began serving at Pretoria Local Prison. He would not be free until 11 February 1990.

For Madiba with love – photographs by David Turnley

It was as a 13-year-old boy growing up in the American Midwest of 1968, around the time of Dr Martin Luther King’s assassination, that photographer David Turnley first heard the word “apartheid” – and the name Nelson Mandela.

His father, who had protested the invitation extended to two pro-racism speakers by the local Rotary Club, had explained the term and told him about the imprisoned Mr Mandela. Little could that impressionable lad have imagined that, two decades later, he would become a close personal friend of the Mandela family, and document South Africa’s transition to democracy from a very special vantage point.

This incredible journey, and more specifically the period between 1985 and 1995, is the subject of For Madiba with Love, Turnley’s new exhibition.

In 1980 Turnley began photographing race issues in Detroit, “no more opportune” a place to document the ongoing civil rights situation in America – including race riots, and the de facto racial segregation of black inner cities and white suburbia. Five years later apartheid had become an international issue, and Turnley’s attention was drawn to South Africa.

“The country was exploding,” he recalls, arriving at a time when South Africa was in deep crisis. The national state of emergency was in force, and the country was torn by violent conflict and brutal State suppression of opposition to apartheid.

As he documented what he saw, and observed the intricacies of racial politics in South Africa, Turnley says that “what I think interested me was the daily humiliations, the nuances of ... this racial relationship”.

A year later, in late 1989, things had changed again, and the apartheid government – aware of momentous things looming – invited him to return to South Africa and document what was to happen. Turnley would be one of those fortunate photographers who captured a jubilant Mr Mandela walking out of Victor Verster Prison with his wife, and his first public appearance on the steps of the Cape Town City Hall a few hours later. He was also in the Mandela home in Soweto when Mr Mandela took his first meal there in decades, along with the Sisulus and Ahmed Kathrada.

“I spent so much time with Madiba,” he says of the ensuing years, covering Mr Mandela on the campaign trail, the first democratic elections in 1994, and Mr Mandela’s presidency, retirement and family life. “I’ve really been photographing the family for 30 years.”

It was as a 13-year-old boy growing up in the American Midwest of 1968, around the…
Continue reading... 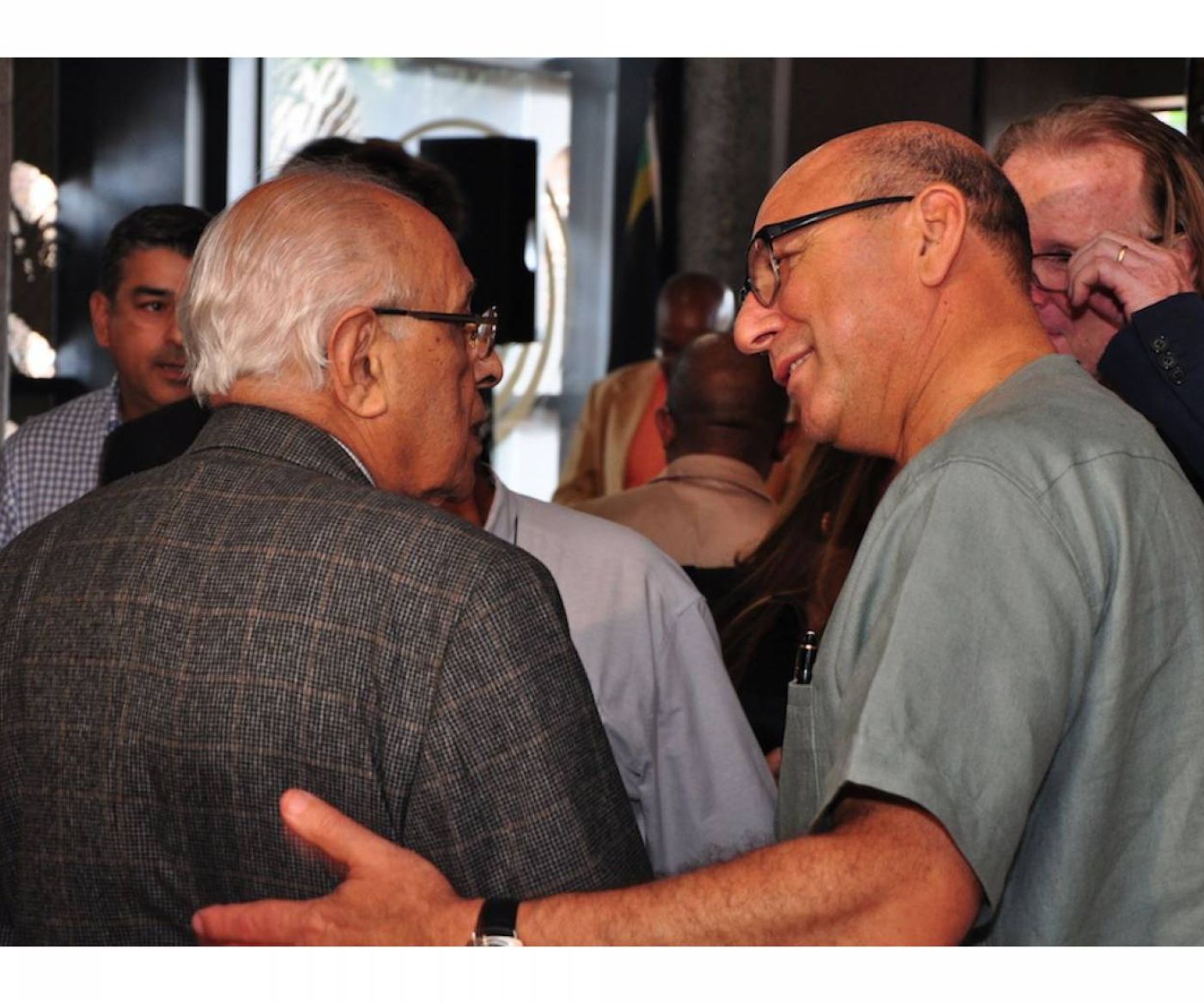 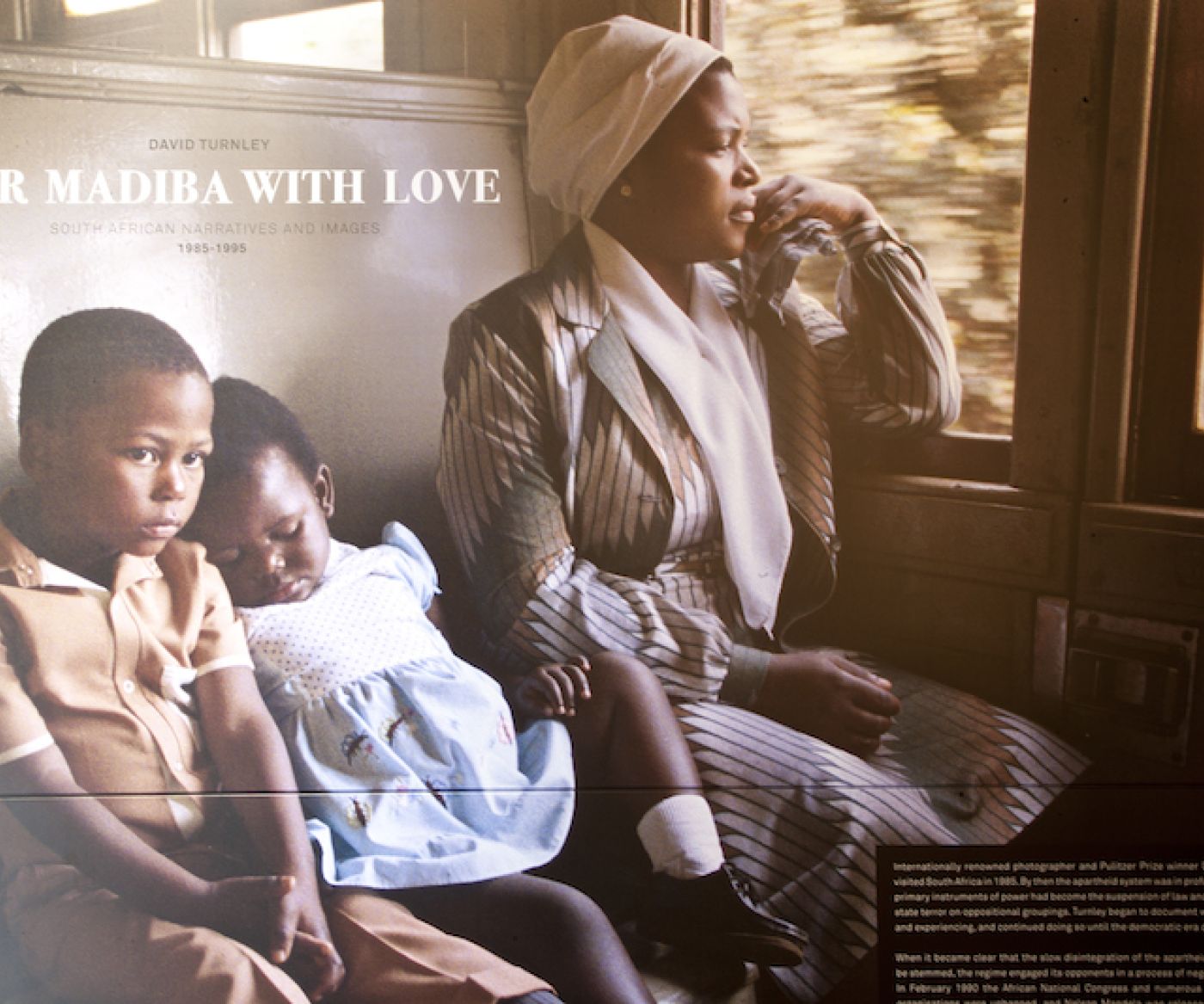