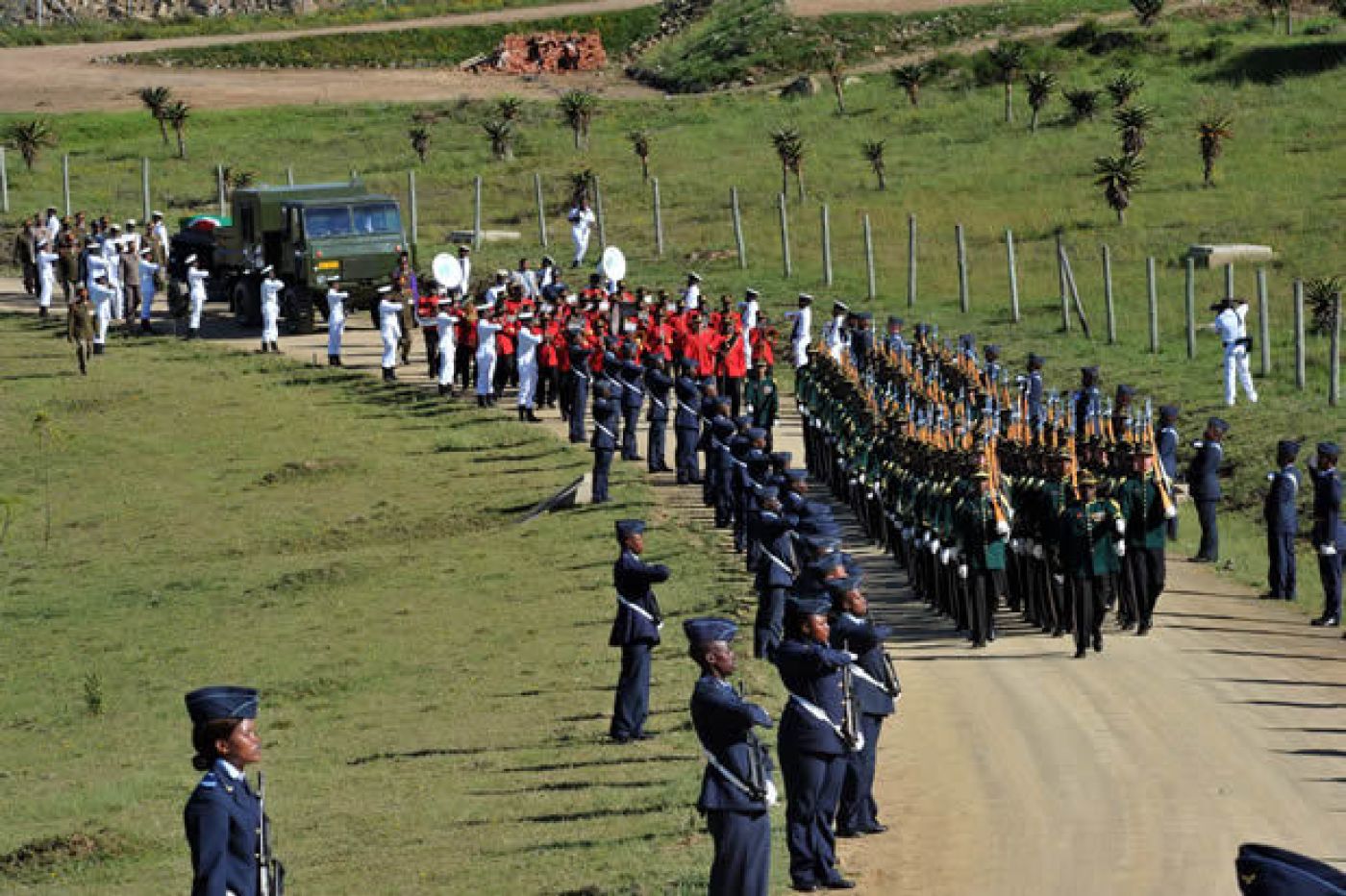 State funeral of former President Nelson Mandela in Qunu, in the Eastern Cape, on 15 December 2013.

Nelson Mandela Foundation CE Sello Hatang has challenged South Africans to ask where they were when Mandela’s legacy was destroyed by the “nine years of mediocrity” of Jacob Zuma’s presidency.

Speaking on the fifth anniversary of Nelson Mandela’s passing away, Hatang was closing a sometimes poignant, sometimes heated dialogue titled “Mandela’s Death – Who Planned For It?”, at the Nelson Mandela Foundation on 5 December 2018. The event was part of a week-long remembrance period programme.

Hatang called on South Africans to regain the spirit of Nelson Mandela within themselves and to work to build a country that was values-based and reflected the dreams for which Mandela spent 27 years in prison. Hope, he said, was not lost. Mandela often said it was hope that kept him alive while he was in prison. “How can we lose hope if he didn’t?

The loss of Mandela was akin to the loss of a parent, said Burdett. “There was no wise person saying, ‘Don’t go that way, go this way’, anymore.” South Africans had felt they were “part of something miraculous” while Mandela was alive. Now the country was faced with the pain of working through “what apartheid has done to us … It was like [Mandela] stabilised a critical patient.”

Burdett said as soon as Zuma made an official announcement on Mandela’s death, calls came in to eNCA from across the world. “People wanted to share the experiences they had with him; it was like an international therapy session,” she said.

Masebe, who joined the GCIS in 2005, said government officials and even he, himself, had at first been affronted when the media, including international media, wanted the GCIS’s help in preparing for Mandela’s passing away.

Later, people in the government service realised “the whole world” would descend on South Africa when Mandela died. That was when the government came up with “the M Plan”, which set out what many different government departments would have to do when the time came.

Nkosi said the BBC had planned for Mandela’s passing away for several years, including “simulated drills”, in the same vein as the broadcasting service plans for royal deaths. “When you leave South Africa, Nelson Mandela is bigger than he is here today.”

No one in the BBC wanted anything regarding Mandela’s death, funeral or memorial services to go wrong, so it was disappointing when the GCIS’s poor planning showed in the debacle around the “fake” sign-language interpreter at the official memorial service at Soweto’s FNB Stadium. “Suddenly, the story about this great man’s official memorial became a story about the sign-language guy,” he said.

Masebe said there had been a plan for an experienced sign-language interpreter, but “someone changed the plan”.

Makhanya said the memorial service, attended by world leaders including former US President Barack Obama and Cuban leader Raul Castro, was also marred when the crowd booed Zuma. “That was a big, significant thing. It was the beginning of the turnaround [in Zuma’s political fortunes],” he said.

Nkosi said it was “still very hard to deal with the problems of a post-Mandela world”, despite Mandela not having been responsible for many of the problems that have arisen across the globe since 2013.

Modise said it was alarming that the kind of support for a free press for which Mandela was famous now appeared to have eroded among many political leaders. Makhanya attributed this, in South Africa, to “the devastation of the last decade”.

“It was a decade of thoughtlessness” in which it was easy for the narrative that Mandela was “a sell-out” to be seeded by some, and picked up by student activist groups, Makhanya said.

He added that it was easy to be gloomy about South Africa, but December 2018 was decidedly more hopeful than December 2017. Nkosi agreed. “Don’t leave here gloomy – the Nelson Mandela Foundation carries the hopes and dreams of millions of people. Nelson Mandela brought hope to the world.”

Makhanya ended with Mandela’s famous quote: “The greatest glory in living lies not in never falling, but in rising every time you fall.”