The call to action for Nelson Mandela International Day 2022 is to “do what you can, with what you have, where you are.” This simple sentence conveys the notion that anyone can and should take it upon themselves to catalyse a more equitable world based on social justice. To achieve this, however, we all need to collectively work towards sustainable, impactful solutions.

The work of the Nelson Mandela Foundation over 2022 focuses on two global threats which have impacted South Africa in recent times - Food Security and the Climate Crisis. Not only in our outreach and advocacy work through Mandela Day but also through the twentieth Nelson Mandela Annual Lecture delivered by her excellency, Prime Minister of Barbados, Mia Mottley.

Prime Minister Mottley has been an advocate for the impact of global climate change, particularly in countries in the Global South where island nations are the most susceptible. However, South Africa can no longer ignore the impact of the climate crisis as we experienced devastating floods along South Africa’s East Coast, affecting Kwa-Zulu Natal and the Eastern Cape, causing the loss of over 400 lives, leaving many more missing and others homeless.

The climate crisis has cast global weather patterns into disarray, with an increase in heat waves, droughts and flooding. Flooding and droughts pose a challenge to food production as hectares of crops are destroyed or unable to grow. This threat, along with the fact that Statistics South Africa reports that almost 23,6% of South Africans in 2020 were affected by moderate to severe food insecurity, while almost 14,9% experienced severe food insecurity, raises deep concerns regarding food security.

Food security is a complex issue. It involves food’s availability, accessibility, utilisation and affordability, and is an issue overwhelmingly experienced by the most vulnerable amongst us. Data by UNICEF, published on the 20th of October 2020, paints a striking picture regarding the impact of food insecurity on South African children, in particular:

With these challenges facing South Africa – and by extension the world – the Nelson Mandela Foundation, for Mandela Day and beyond, is focused on capacitating community food gardens as well as home-based food gardens across all provinces of South Africa whilst planting one million indigenous and fruit trees.

Well-resourced and capacitated community food gardens go beyond meeting the nutritional needs of communities and instead spreads to numerous other socio-economic benefits for those within these communities. Community gardens, owned by and worked by members of the community, produce vegetables which in turn subsist Early Childhood Development (ECD) Centres, and feed other members of the community. Capacitated gardens can expand, producing food which can be sold by those who work the land, proceeds which can support education, housing, healthcare and many other positive socio-economic areas of interest.

At present, South Africa is undergoing some of its highest rates of unemployment, poverty and socio-economic inequity in recorded history. Food gardens do not only pose as a poverty alleviator for communities and households alike but also provide opportunities for innovation and the dignity of work. The land needs to be worked by community members, the soil needs to be fertilised and irrigated, seeds need to be planted, and crops need to be tended and then harvested. Those who run the community gardens need to process their produce and feed their families or sell the food for the benefit of the collective and once done; do it all over again.

Nelson Mandela International Day is globally seen as a day of volunteering. Those with resources donate to those who do not. Nelson Mandela Day is a day that enhances social cohesion as people who do not ordinarily cross paths or interact with each other. These moments of mutual recognition are powerful and crucial in nation-building. Sustainable, long-term efforts like those focused on by the Nelson Mandela Foundation, challenge each one of us to ask what we can do, with what we have, where we are.

Business, civil society, government, faith-based communities and ordinary people within communities all have a role to play in ensuring that this vision is realised. Moreover, the true impact of this focus can only be realised if an ongoing concerted effort is made. 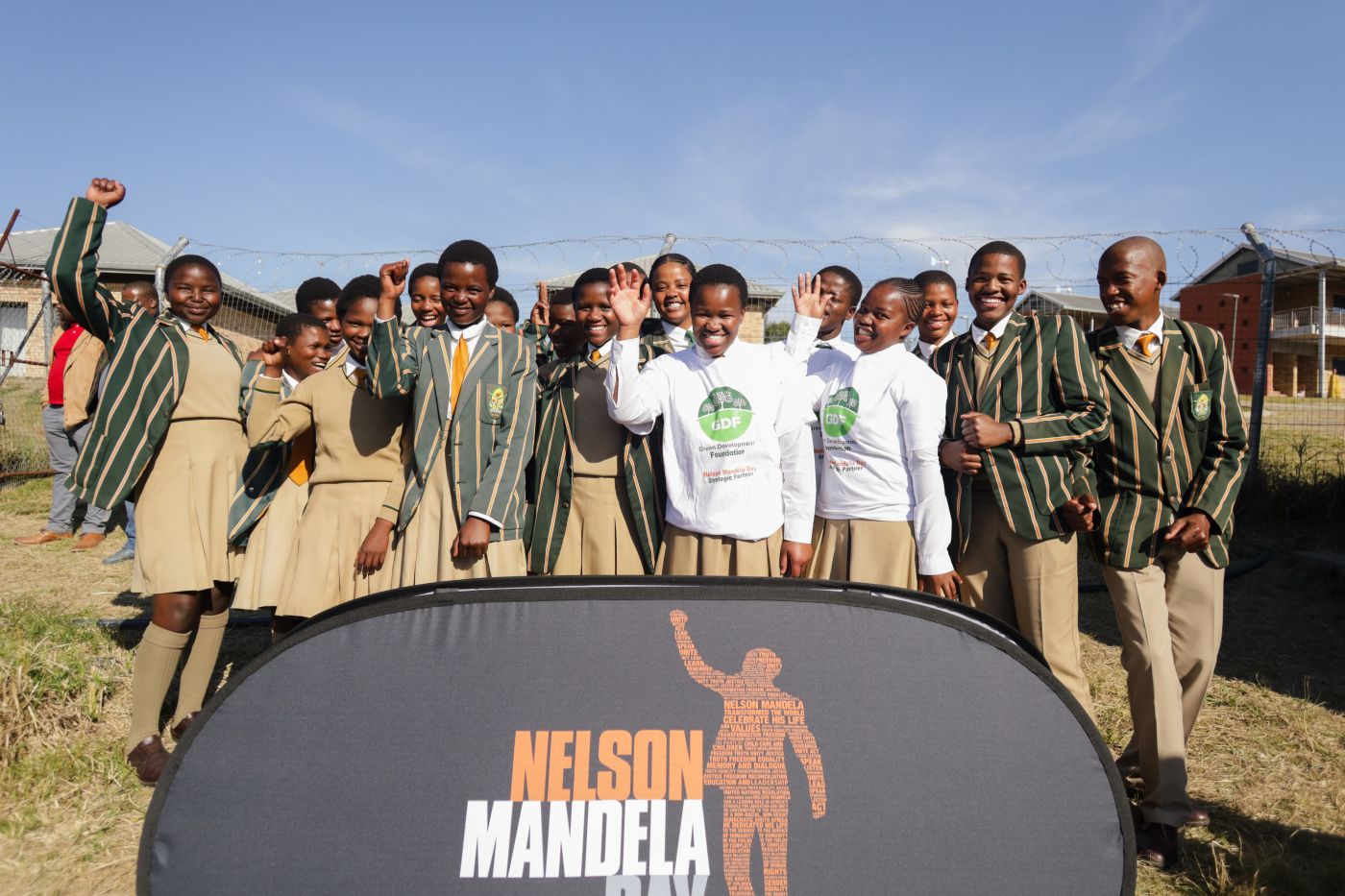 The Foundation's 2022 Nelson Mandela International Day event in Mandela's birthplace of Mvezo in the Eastern Cape.