Just over a year ago these two young girls, Bonolo Kandawire (9) and Theresa Moila (7) of Waverley visited the Nelson Mandela Foundation Centre in Houghton, Johannesburg to pay their respects to former President Nelson Mandela after he died. On Saturday, December 6 they returned to the centre to remember Madiba a year after his passing. (Photograph by Yolanda van der Stoep)

On 6 December 2014 poets, writers, performers and musicians gathered for a tribute to Madiba, led by Prof. Njabulo Ndebele, Chairman of the Nelson Mandela Foundation, at the Foundation’s Centre of Memory in Houghton, Johannesburg. The event was co-hosted by the wRite associates.

“We cannot ignore the fact that poetry, art and drama gave voice to the struggle; that it was the arts that particularly defied the silence that apartheid sought to enforce,” said Sello Hatang, Chief Executive of the Nelson Mandela Foundation, in his welcoming address.

Ndebele opened the day with the metaphor of a river that never looks back on its route to join the ocean. He spoke about how the river of life was given new life by our beloved and complex Madiba, and how this “colossus, this man of democracy that was also an autocrat” has gone into the ocean “to join the ancestors”.

Award-winning afro-soul songstress Berita mentioned that African music is something that goes straight to your heart. She astonished the audience with her remarkable voice and ethereal songs.

Youngsters from the Art of Excellence Benoni Campus performed a song and dance that critically reflects on the promises made to the youth, a performance act known as the Mything Mandela Project.

The performance ended with Madiba’s famous final words in his Rivonia speech, recited by six-year-old Lamia Ruby Khan: “During my lifetime I have dedicated myself to this struggle of the African people. I have fought against white domination, and I have fought against black domination. I have cherished the ideal of a democratic and free society in which all persons live together in harmony and with equal opportunities. It is an ideal which I hope to live for and to achieve. But if needs be, it is an ideal for which I am prepared to die.”

Luli Callinicos read an excerpt from her book, The World That Made Mandela. In discussing the books read by Madiba she mentioned how he favoured biographies of both people he admired and of his enemies because “his methodology was to understand”.

Poet Antoinette Ntuli drew attention to the current struggle in the USA. She read her poem The Last Day, dedicated to Michael Brown, Tamir Rice, Eric Garner and Rumain Brisbon, who were all killed in incidents in which the police was involved. It explores the meaning and weight of words and seconds as currency in a final day of living: “All I carry with me are these few small words, these final seconds. Their monstrous heaviness belies their featherweight.”

Maureen Isaacson’s essay poignantly reflected on the myriad of roles and internal struggles of Madiba.

Living Madiba’s legacy means remarkably different things to different people. Says Horisane Sithole from SABC radio: “I allow other cars to change lanes in front of me when I am driving.” Adam Martin, who describes himself as a South African, a director, editor and philanthropist, says: “The changes I bring is a little bit like Robin Hood. Except that I don’t steal anything.” He goes on to say that Madiba taught us that the colour of your skin is more insignificant than the colour of your eyes. For Georgina Lopedi-Langealier the legacy of Madiba is too much to explain: “Madiba was a person full of gratitude and fabulousness.”

This insightful, inspiring tribute to Madiba ended off with Ndebele contemplating the difficulties of different identities, transition, subjectivity and external reality.

He lauded young people for their critical stance on their own society and the intergenerational dialogue, and then returned to the metaphor of the river: “There is a boat on this river, and we are in this boat. We are the ones rowing this boat. What is problematic is that the things that matter for us are not in the boat. Many of the poems and offerings we heard here today are still not read in our schools. This speaks to the profound problem that the things that matter to us are not in the boat. Democracy can be rowed in the wrong direction”

Among the contributors was award-winning South African writer and performance artist, Phillippa Yaa de Villiers who is pictured here reciting one of her poems during the event. (Photograph by Yolanda van der Stoep)

“But,” he highlighted, “being critical as artists and writers don’t make our love for South Africa any less.”

So on 6 December 2014 Hatang concluded the first Artists in Tribute to Madiba with Madiba’s own words from an unpublished autobiographical manuscript written on Robben Island in 1975: “I am proud of what I am, of my country and people, our history and tradition, language, music and art, and firmly believe that Africans have something distinct to offer to world culture.”

In living the legacy we are all part of the spirit of this remarkable river. 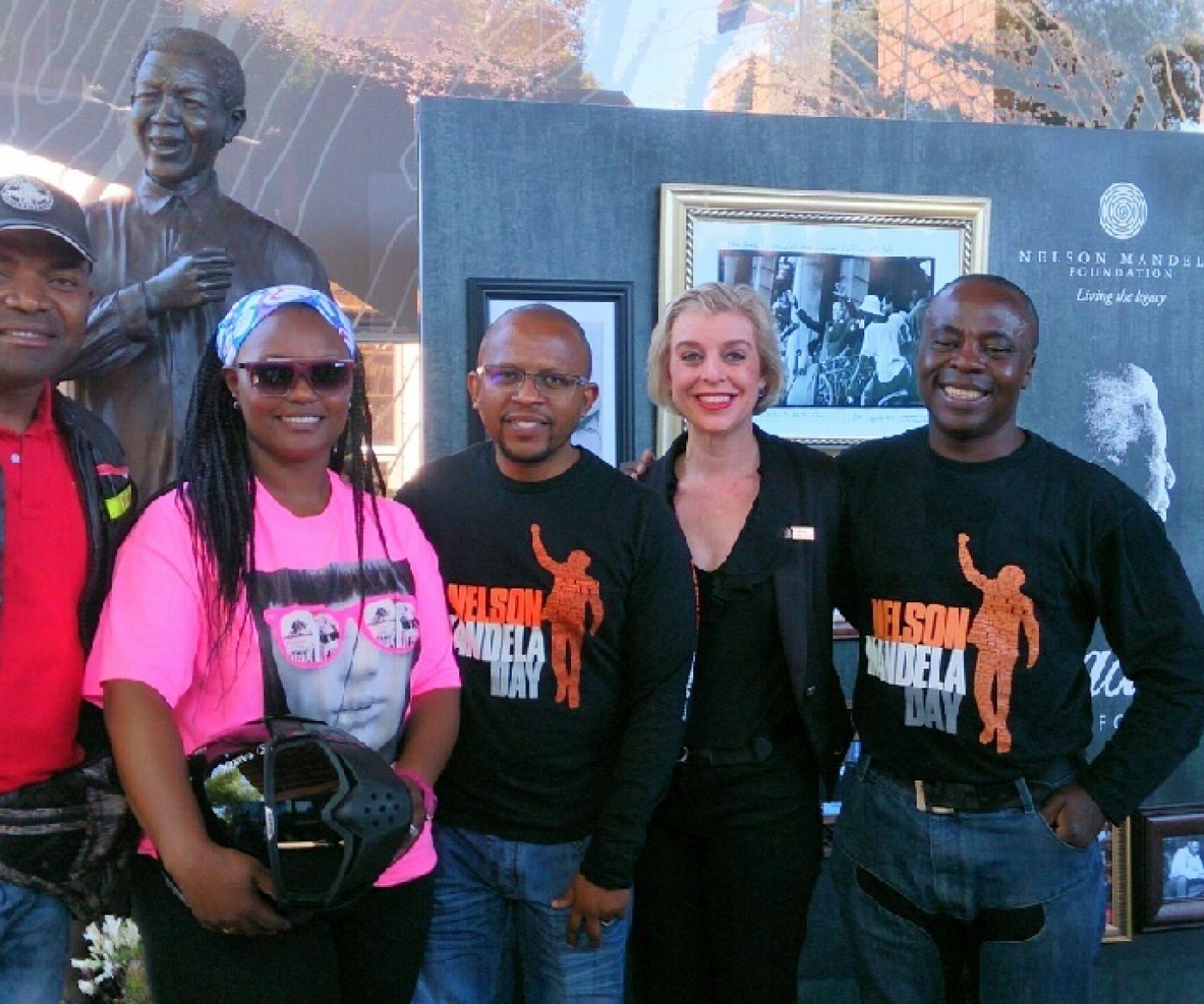