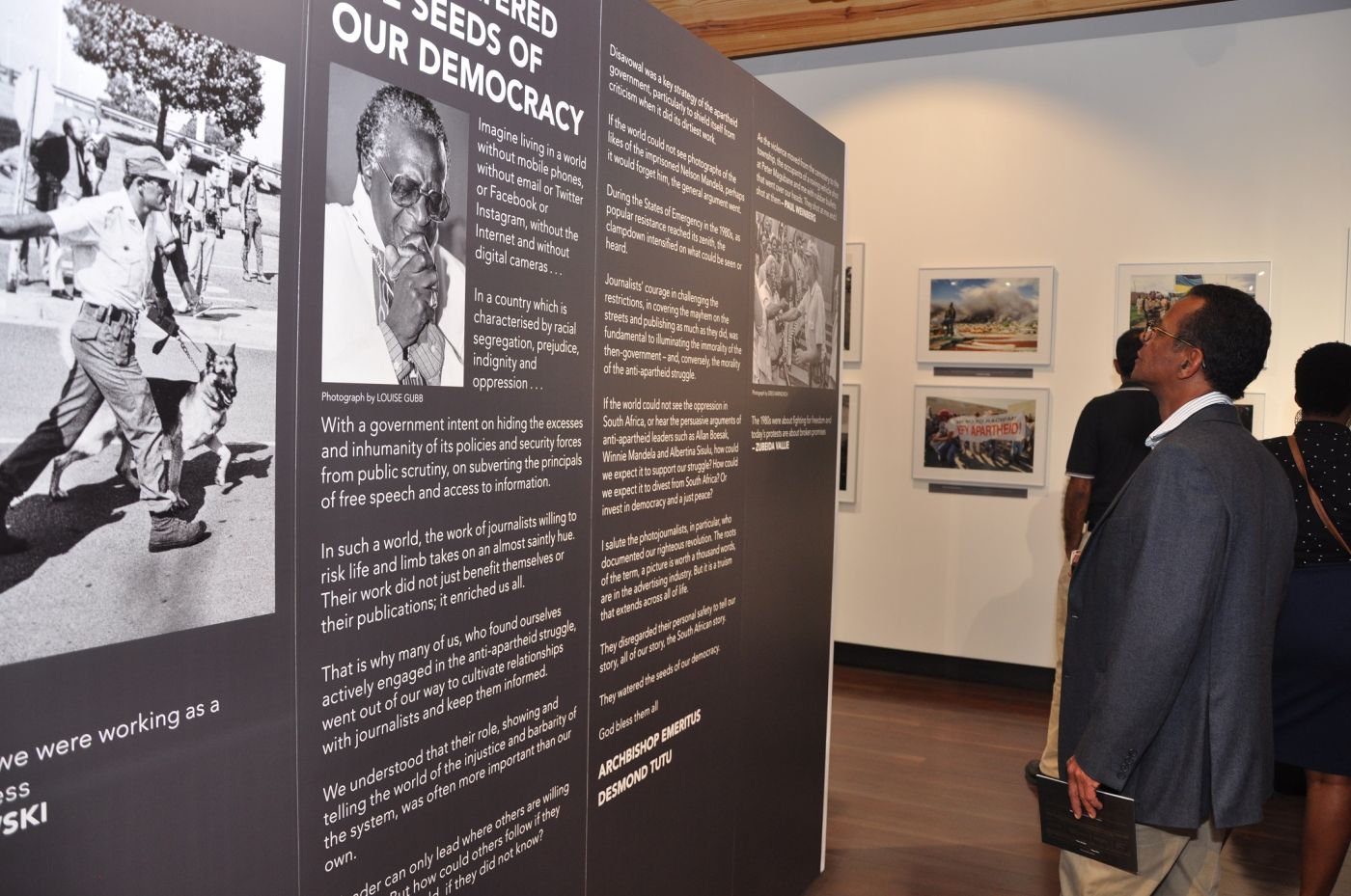 A photographic exhibition honouring photographers in the 1980s who defied martial law to expose the atrocities of apartheid is now open at the Nelson Mandela Foundation in Johannesburg.

Between States of Emergency highlights the work of 40 photographers working in South Africa from 21 July 1985 to 7 June 1990, when a series of states of emergency were imposed to clamp down on anti-apartheid protests. The emergency regulations were continually refined to prevent the media reporting on these protests and the brutal crackdown that followed.

Giving the keynote address at the launch of the exhibition, Rehana Rossouw a journalist, anti-apartheid activist and author saluted the Nelson Mandela Foundation for honouring the photographers in this way and particularly noted the work of journalists at that time in the anti-apartheid media, also known as the ‘the alternative media’. She noted publications such as Grassroots, South, Saamstaan, the Vrye Weekblad and the Weekly Mail.

“Activist or not, people working in the alternative media are entitled to recognition as professionals,” she said. “They may have been a bit deeper in the trenches, a bit more heartbroken by state violence unleashed on people clamouring for freedom, and paid a lot less when they worked for the alternative press, but they went out onto the streets, day after bloody day, recording the truth that the state’s lies could no longer conceal.” 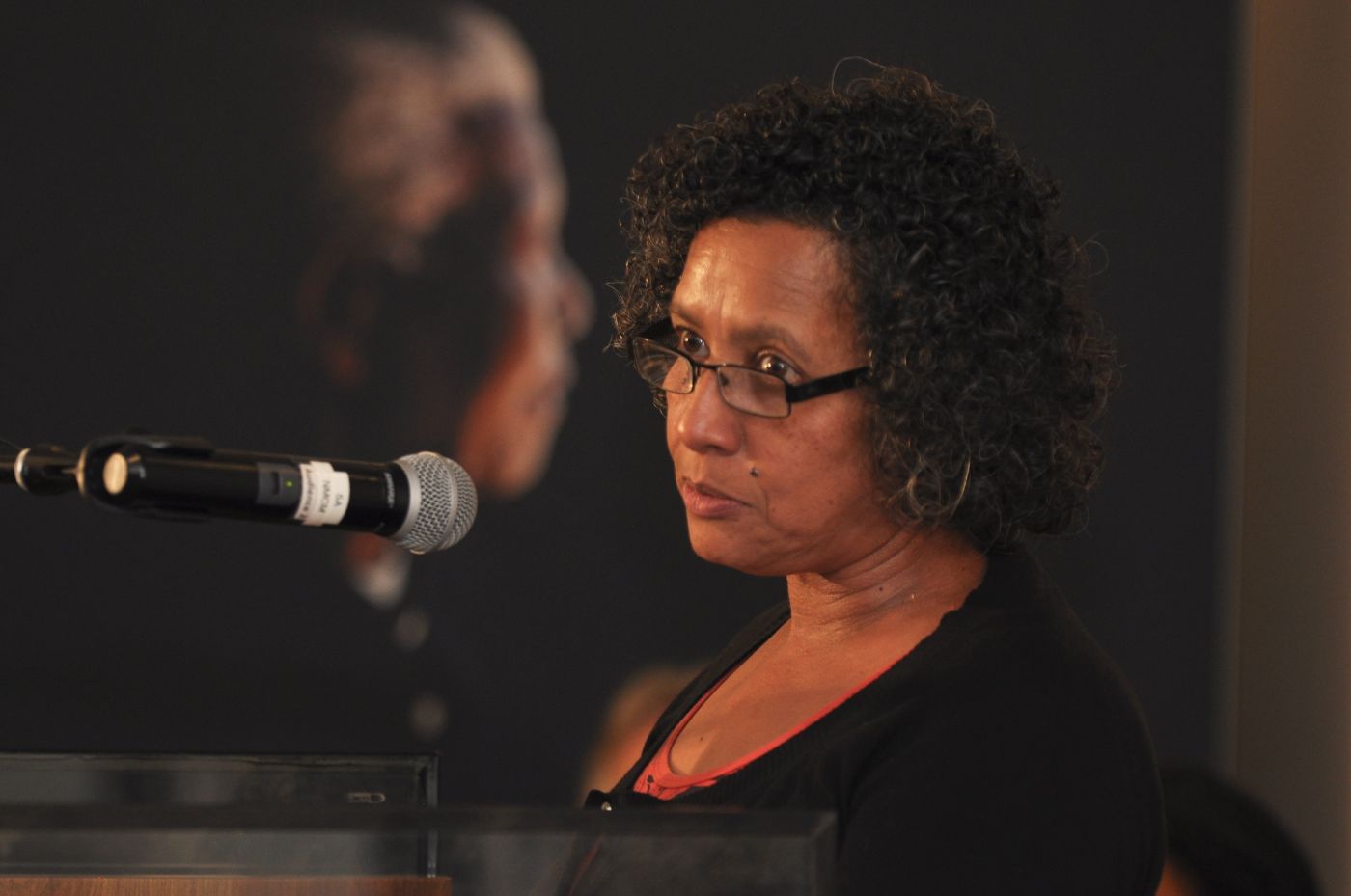 Prisons sentences and hefty fines threatened those photographers and reporters who defied the emergency regulations. Many risked their lives and freedom to show the world the increasing brutality of apartheid. When the rules didn’t work the state turned its attention to individual journalists and publications.

Archbishop Desmond Tutu and Zindzi Mandela contributed written tributes that are included in the exhibition. In his, Tutu says of the photographers: “They disregarded their personal safety to tell our story, all of our story, the South African story. They watered the seeds of our democracy”.

In hers, Zindzi Mandela, the youngest child of Nelson and Winnie Mandela said: “In the eyes of the apartheid regime, because of the role they played, the man and woman behind the camera became the victim before it.”

South Africa’s first state of emergency was promulgated on 30 March 1960 following countrywide protests after the Sharpeville Massacre. Nine days later the African National Congress and the Pan Africanist Congress were banned. Those who continued to resist were tried and sentenced to prison or fled the country for military training and exile. A generation of activists within the country was effectively silenced. 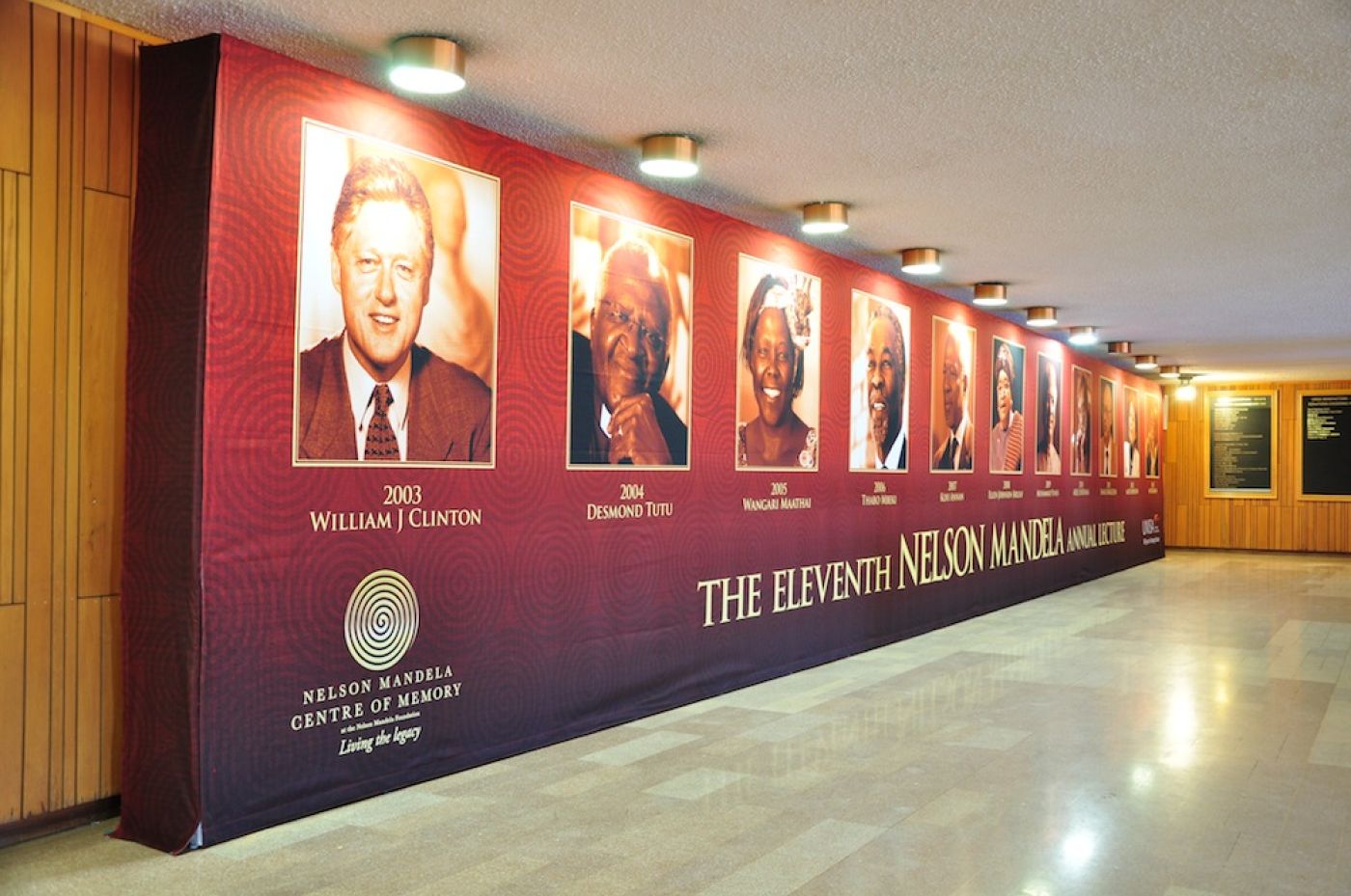 The NMF's Verne Harris with veteran photographer Peter Magubane, whose work is featured in the exhibition

Less than ten years after the Soweto Uprising of 16 June 1976 – another massacre of anti-apartheid protestors, the jailing and exodus of youth – South Africa boiled over again. The response of the apartheid regime was to crush dissent. It failed but at a cost of many lives and the detention without trial and torture of thousands of people – including children.

Magubane, who attended the launch, received a special honour from the Nelson Mandela Foundation for his more than six decades of work as a photographer in South Africa. He said that from the beginning of his career he decided not be “a snappist” but to rather use his camera to tell the truth about apartheid. For this he was “prepared to die.”

He told how he would often buy a half a loaf of bread in which he hid his camera and would pretend to eat from it while actually taking photographs.

Between States of Emergency will be on at the Nelson Mandela Foundation until mid-March 2016 and can be viewed by appointment.