Some of Anant’s most celebrated productions include Sarafina (1992), Long Walk to Freedom (2013), and the first anti-Apartheid film to be made entirely in South Africa, Place of Weeping (1986).  Anant’s memoir, In Black and White, tells a story of passionate commitment to justice, ingenuity and the human spirit in his journey making films for and of freedom.

“In 1986, when Anant and I first met, we had no idea how many fertile stories were in each of our treasure bags. The commitment and joyful determination to share South African stories with the world has taken us from “places of weeping” to the most prestigious global platforms that were beyond  the young creative spirit’s wildest dreams. Hearty congratulations, Anant. I am proud to have shared a little of your journey. May your heart rejoice as you tell your own story, in the living years!” shared Gcina, reflecting on their many marvelous years of friendship and collaboration. 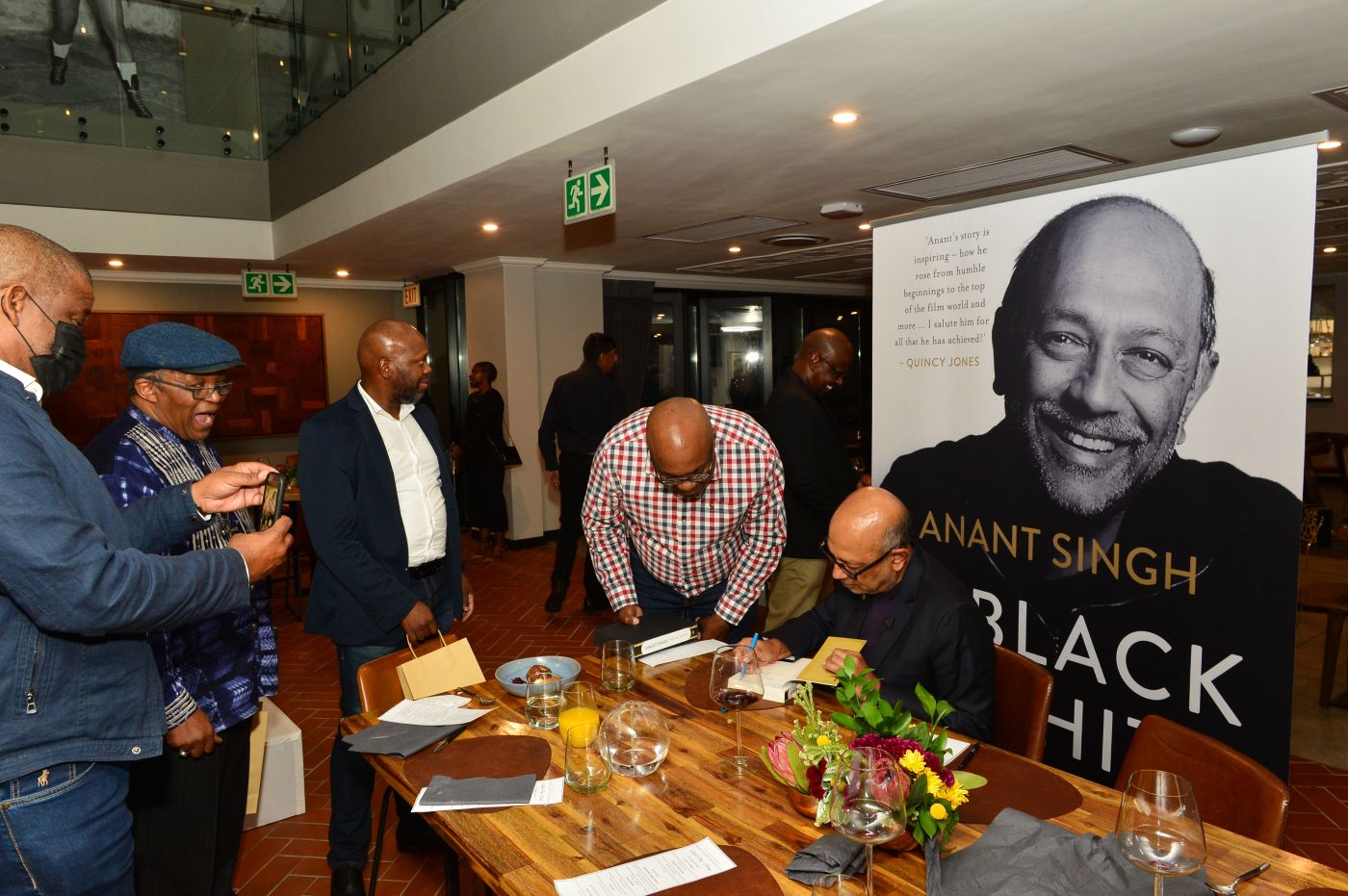 Sales of signed copies went to continuing the Foundation's work.

The evening’s host, Sanctuary Mandela, was Nelson Mandela’s 13th Avenue Houghton home from shortly after being released from prison in 1990. Since it’s refurbishment, the facility promotes the legacy of Nelson Mandela in a special way. The space offers accommodation, conferencing and meeting rooms and an esteemed restaurant in which Madiba’s personal chef for 21 years, Xoliswa Ndoyiya, is a culinary adviser.

All of the proceeds from In Black and White will go to human rights causes, and the evening’s sales of signed editions of the book went to continuing the work of the Nelson Mandela Foundation.