The loss of George Bizos is a hard blow for the Nelson Mandela Foundation. We got to know him first as a close friend of Nelson Mandela and over more than twenty years came to regard him as a friend and trusted adviser to the organisation. Another giant of South African history and of global struggles for justice has fallen. Our thoughts are with his family, comrades and associates at this difficult time.

“Ntate Bizos was always available to support our events and to lend an ear to our challenges,” Foundation Chief Executive Sello Hatang said. “He became like a well-loved uncle to us. We were in awe of him, yet he always engaged us with humility, affection, and respect.”

The friendship between him and Mandela spanned more than seven decades and was legendary. In the last years of Mandela’s life, they were often to be found together, just catching up, sharing memories, or heading off on car rides to see, one more time, places of significance in their life journeys. Whenever he was asked to talk about Bizos, Mandela turned to words of gratitude. As he once said: “I don’t think words can sufficiently express our indebtedness to men and women like George Bizos.”

The two of them had met as law students at the University of the Witwatersrand soon after Mandela arrived in Johannesburg from the Eastern Cape in 1941. While Mandela did not finish his degree then, he practiced as an attorney while becoming an activist in ANC and other structures. Bizos went on to become an advocate, and Mandela would often brief him in cases he was defending. As the anti-apartheid struggle intensified through the 1950s, Bizos was often called upon to defend Mandela in court. And in the 1963-4 Rivonia Trial, Bizos was a member of the defence team. “He was really devoted to the cause,” Mandela said of Bizos. “When he appeared for us, he did not do so as a man who is appearing for strangers, he did so as his contribution to a great cause to which we were all committed.”

Bizos played a critical role through the years of Mandela’s incarceration, both professionally and as a family friend. Speaking a couple of years after his release from prison, Mandela said that Bizos had “behaved like a brother” to him while he was in jail.  “He looked after my family, after my children, advised my children and he made me feel that although I'm in prison, my affairs are being looked after by a man I know and I trust.” Bizos was also a vital conduit of information between Mandela and the external ANC leadership.

“At a moment like this,” Hatang said, “we remember Madiba and a whole generation of South Africans who endured much and achieved more. We owe it to them to keep walking that long walk to freedom.”

Statement from the Bizos family and the Legal Resources Centre

The Bizos family, the Legal Resources Centre, and the George Bizos SAHETI Scholarship and Bursary Fund are sad to report the passing of Advocate George Bizos SC at 17.30 today, Wednesday 9 September. George, 92 years old, died peacefully at home of natural causes, attended to by family.

The LRC (www.lrc.org.za) salutes George, who made an enormous contribution to the ongoing work of the Centre. From its inception in 1978 he assisted in the background while pursuing his illustrious career, then joined the LRC in 1991, using our Centre as a base in key litigation including leading the team for the government in passing the Constitution in 1996, representing families of apartheid atrocities at the TRC, leading the LRC team at the Marikana Commission, seeking justice for the Timol and other families of people murdered in detention, and of course many other lesser known cases, always seeking justice for victims of injustice. George played an enormous role in mentoring many in the legal profession inside and outside the LRC, some of whom have progressed to very senior positions in the profession and the judiciary.

Outside of the LRC George had a well-established practice as an Advocate from 1954, mostly defending opponents of apartheid, and held many other appointments including serving on the Judicial Services Commission (1994 - 2009), an Acting Judge in the High Court of South Africa, and a Judge on the Appeal Court in Botswana, to name a few. He was the recipient of numerous Honorary Doctorates, and national and international awards. Notably, he was awarded an Order for Meritorious Service Medal by President Nelson Mandela in 1999. He also played an instrumental role in the negotiations for the release of Nelson Mandela and other political prisoners and together with Arthur Chaskalson and others, assisted in the drafting of our democratic constitution, which he then defended vigorously.

George had a passion for education and was, with a cohort of others, instrumental in establishing SAHETI School more than 45 years ago with a vision - even during the dark years of apartheid, and sometimes in defiance of the apartheid regime - of having a Hellenic School open to all that has come to full fruition. In support of that George established the George Bizos SAHETI Scholarship and Bursary Fund many years ago. https://www.saheti.co.za/admissions/scholarships-and-bursaries/gbssbf/. He was an avid member of the work of the Committees for the Reunification of the Parthenon Marbles, both in South Africa and in the UK.

There are many other institutions with which George has been associated such as the Nelson Mandela Foundation, Freedom Under Law, and Lawyers for Human Rights. We celebrate the life of George, lived so well, and with boundless energy, optimism and selflessness. He served so many in the cause of justice.

George is survived by his three sons and seven grandchildren. Funeral arrangements will be announced as soon as they are settled and will be posted onwww.georgebizos.com. 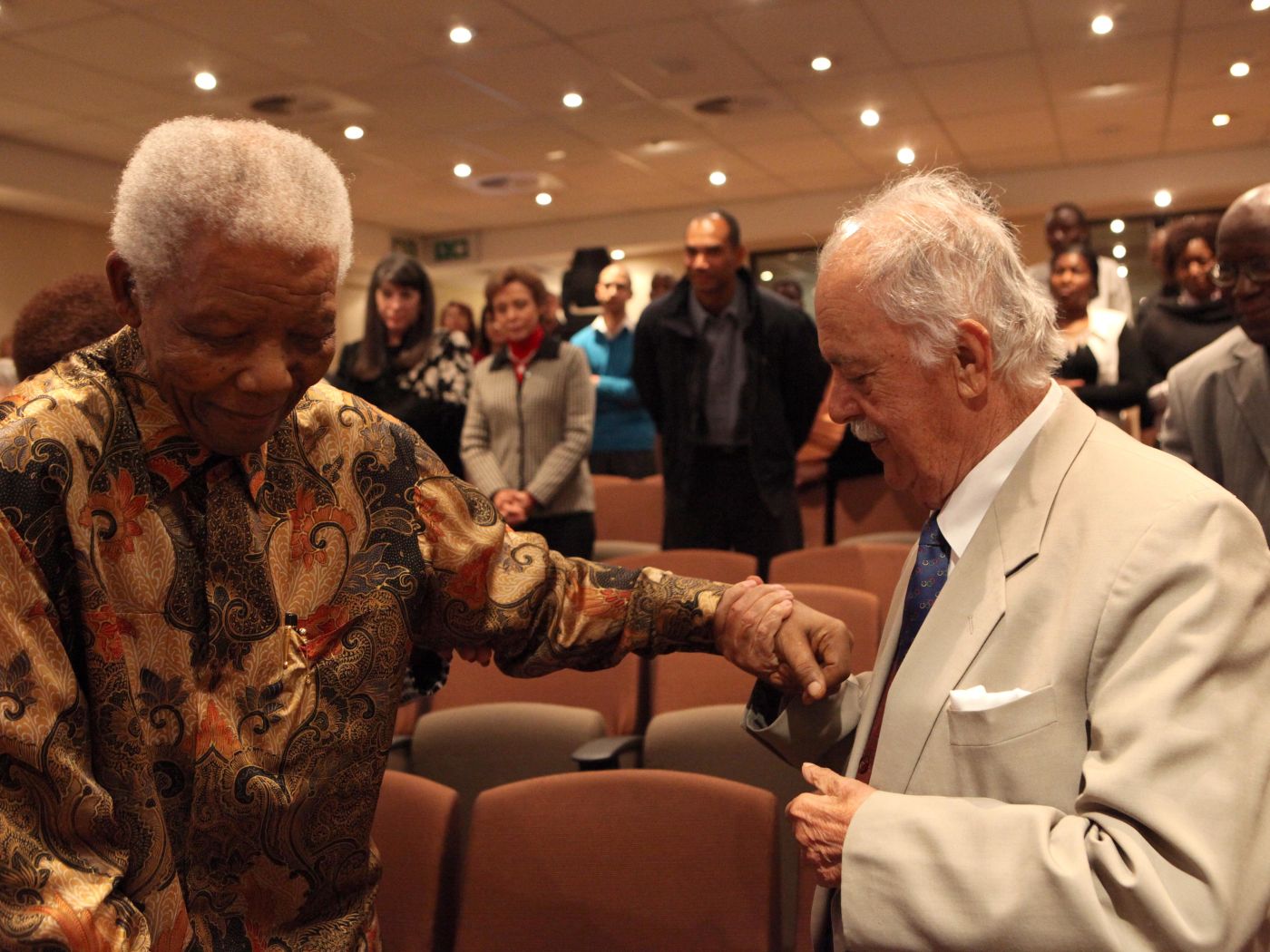 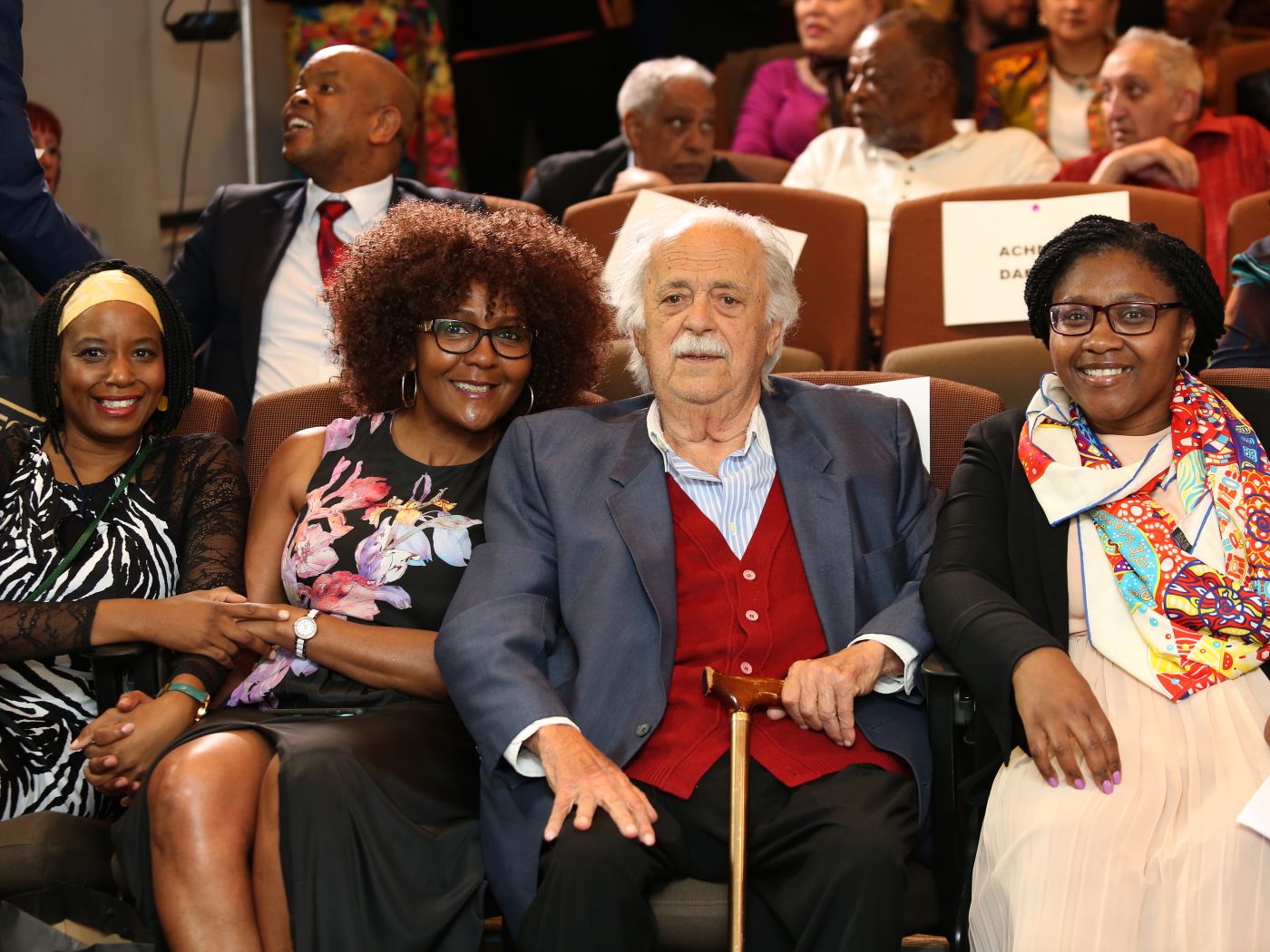 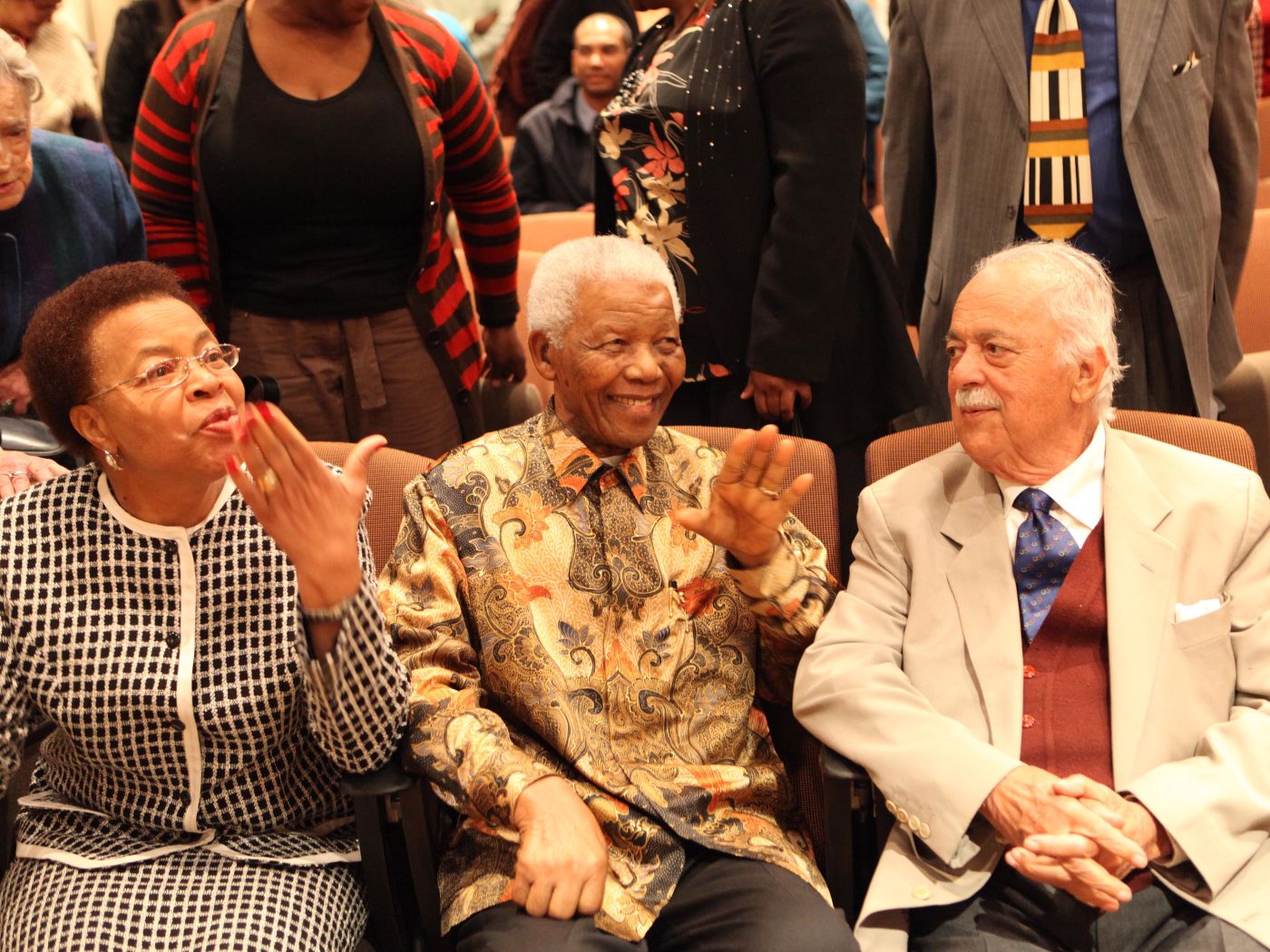 A lifetime's odyssey for justice

It was Bizos who advised Mandela to add the words “if needs be” to his famous speech from the dock at the opening of the defence case in the Rivonia Trial.

Mandela concluded his speech: “During my lifetime I have dedicated myself to this struggle of the African people. I have fought against white domination, and I have fought against black domination. I have cherished the ideal of a democratic and free society in which all persons live together in harmony and with equal opportunities. It is an ideal which I hope to live for and to achieve. But if needs be, it is an ideal for which I am prepared to die."

Bizos came to South Africa with his father in 1941, during World War II, after they were picked up by a Royal Navy battleship. Bizos, then 13, and his father, Antonios Bizos, the mayor of Vasilitsi, had drifted on the Mediterranean for three days after helping seven New Zealand soldiers escape to Crete from the Greek mainland. Greece was then occupied by the Nazis.

By 1963 Bizos was a well-known Johannesburg lawyer, providing counsel to a number of people, including anti-apartheid activist and Sophiatown priest Trevor Huddleston. He and Mandela were lifelong friends.

The Rivonia Trial, which took place in Pretoria’s Palace of Justice, was a turning point in South Africa’s history. It resulted from a police raid on the Liliesleaf Farm in Rivonia, Johannesburg, in which men such as Govan Mbeki, Walter Sisulu and other members of the Umkhonto weSizwe high command were arrested on 11 July 1963. Mandela had already been arrested in 1962. Most of the men were convicted of sabotage and sentenced to life imprisonment.

Bizos defended the Rivonia triallists along with lawyers Joel Joffe, Harry Schwarz, Arthur Chaskalson and Harold Hanson. Joffe and Chaskalson went on to have illustrious careers as human rights lawyers. Chaskalson later became president of the Constitutional Court of South Africa from 1994 to 2001.

Mandela was released from jail in February 1990 and several anti-apartheid organisations were unbanned. This sea change in South Africa’s political affairs led to negotiations between the apartheid-era government, led by the National Party, and the African National Congress (ANC) and other smaller parties and organisations, through the Convention for a Democratic South Africa (Codesa). Bizos, who became an ANC member in 1990, was a member of the party’s legal and constitutional committee and served as an advisor to its Codesa negotiating teams.

He was also instrumental in drafting South Africa’s Interim Constitution, and led the legal team that opposed applications for amnesty at South Africa’s Truth and Reconciliation Commission hearings, on behalf of the Biko, Hani, Goniwe, Calata, Mkonto, Mhlauli, Slovo and Schoon families.

Mandela was inaugurated as South Africa’s first democratically elected president in May 1994. He appointed Bizos to the Judicial Service Commission that year. The commission is a constitutional body that recommends candidates for appointment as judges and proposes reforms to the judicial system to erase its apartheid past.

In 2003/4 Bizos defended Zimbabwean opposition politician Morgan Tsvangirai, who was charged with high treason by the Zimbabwean government. Tsvangirai was acquitted in October 2004.

Also in 2004, Bizos received the International Bar Association’s prestigious Bernard Simons Memorial Award for the Advancement of Human Rights “for his outstanding contribution to human rights law in South Africa”. According to the association, Mandela, one of the many who nominated Bizos for the award, said in his nomination, “I know of no person more worthy for this honour”. In the same year he received the Sydney and Felicia Kentridge Award for Service to Law in Southern Africa, from the General Council of the Bar.

Bizos was married to Arethe “Rita” Daflos, who passed away in 2017. They have three sons – Alexis, Damon and Kimon. 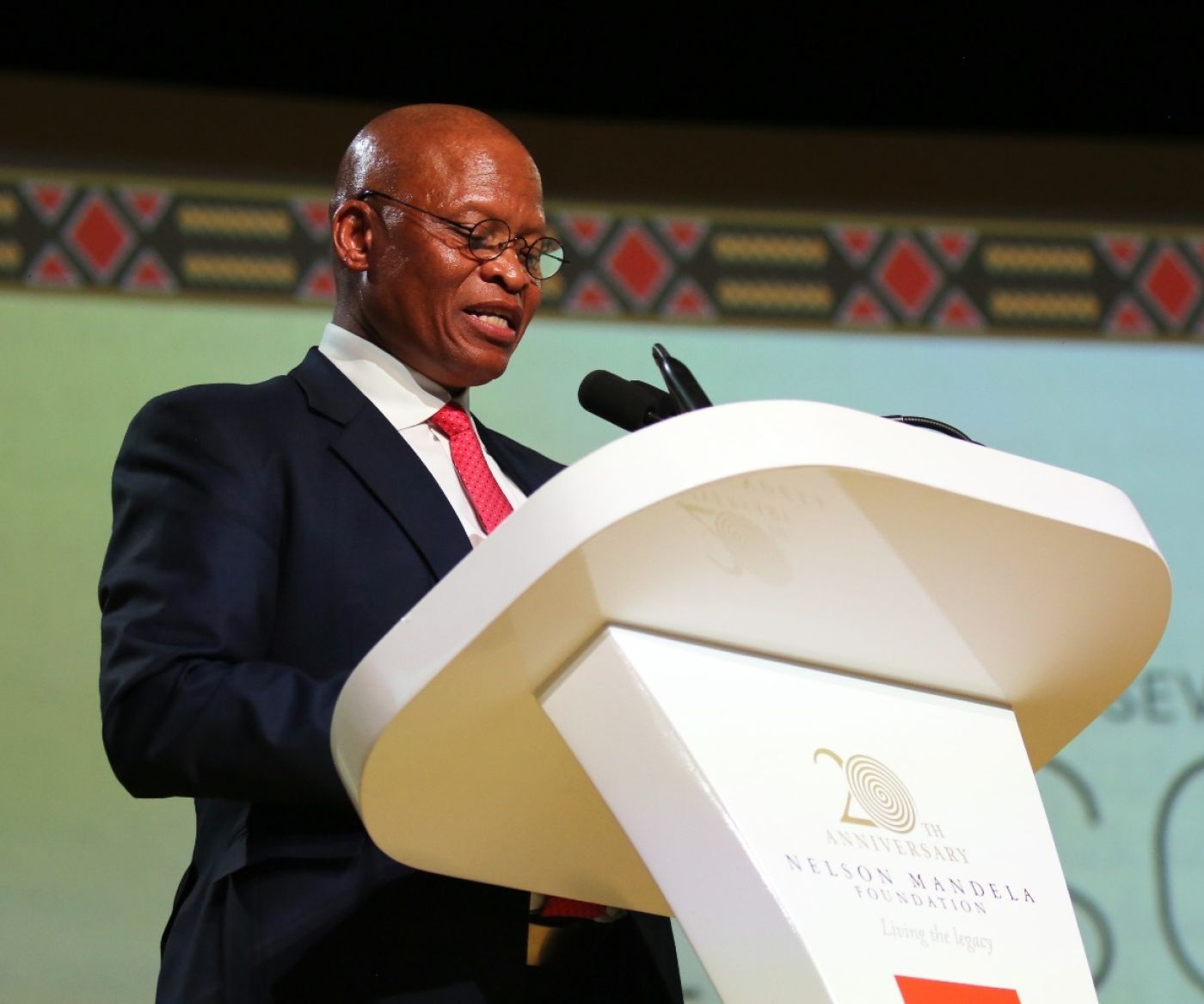 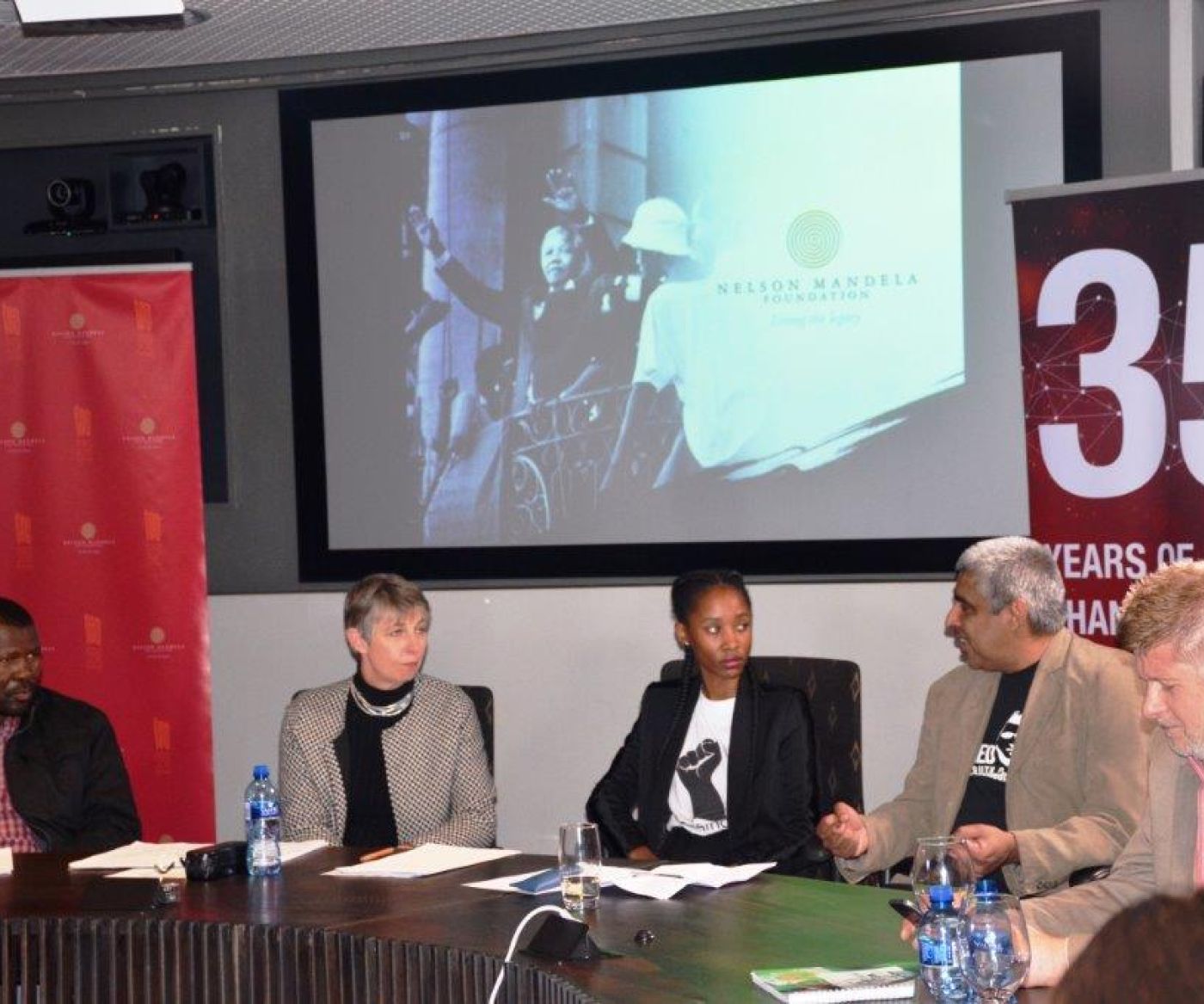 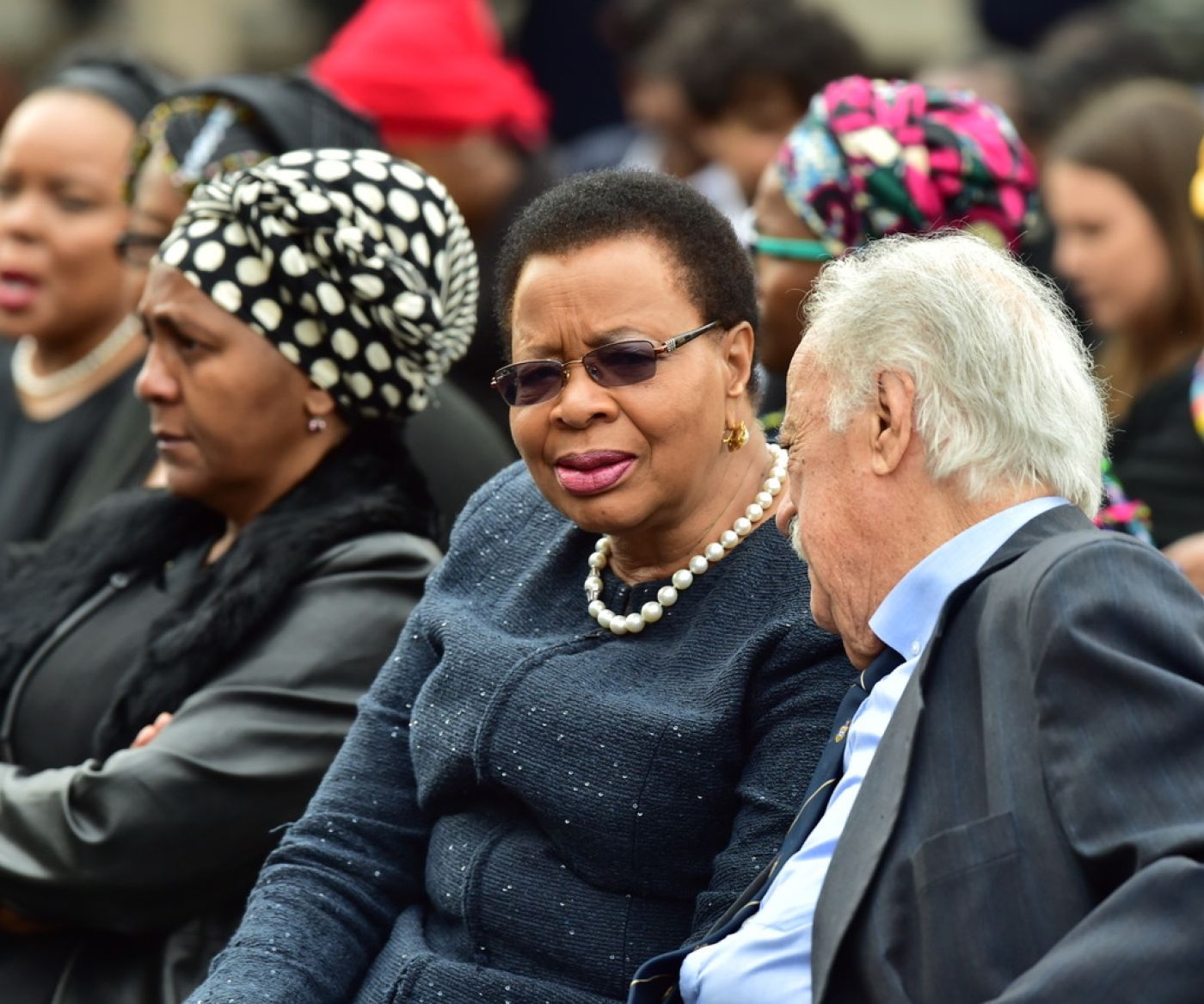 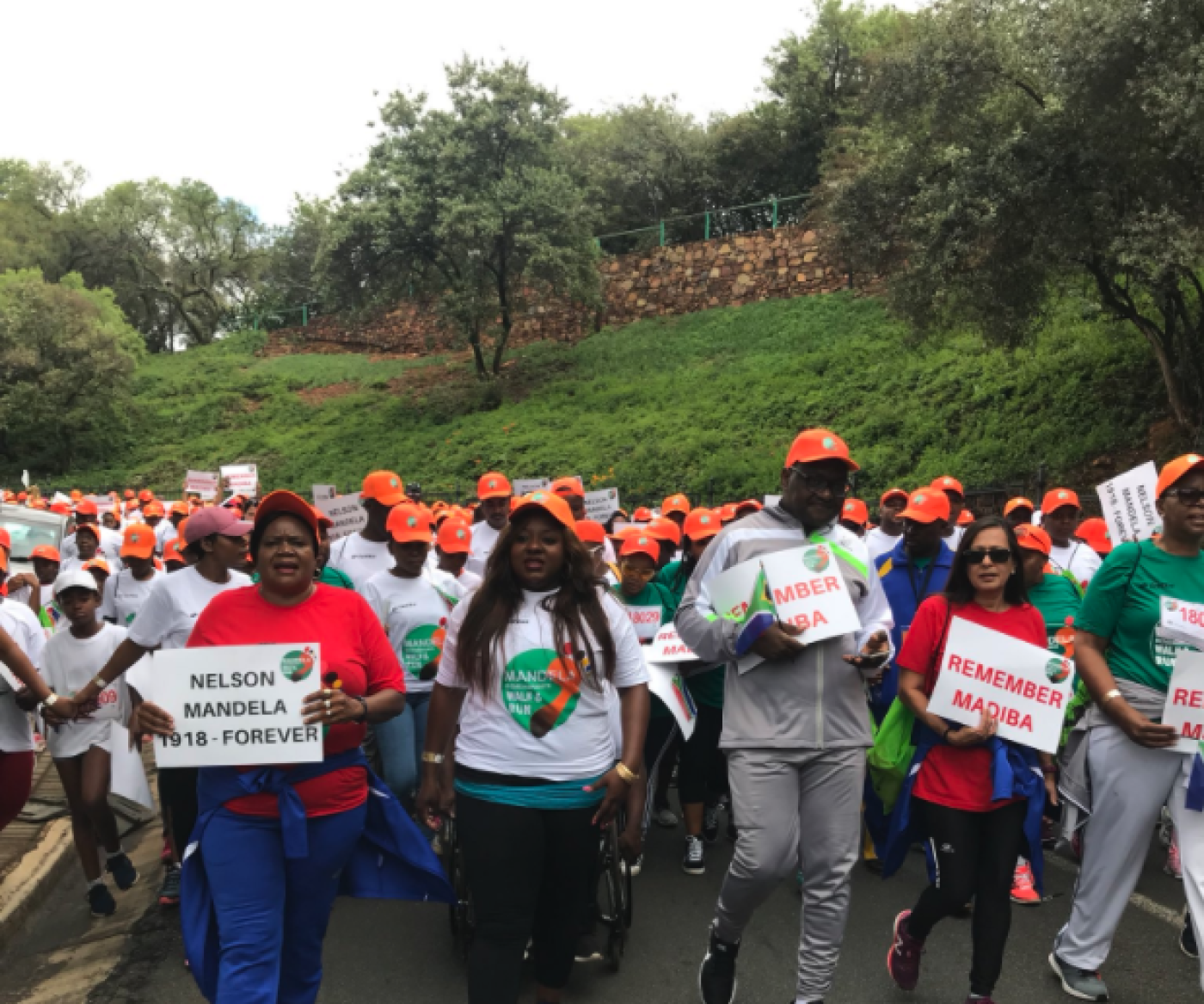 Nelson Mandela would have been very proud to see that South Africa has become a…
Continue reading... 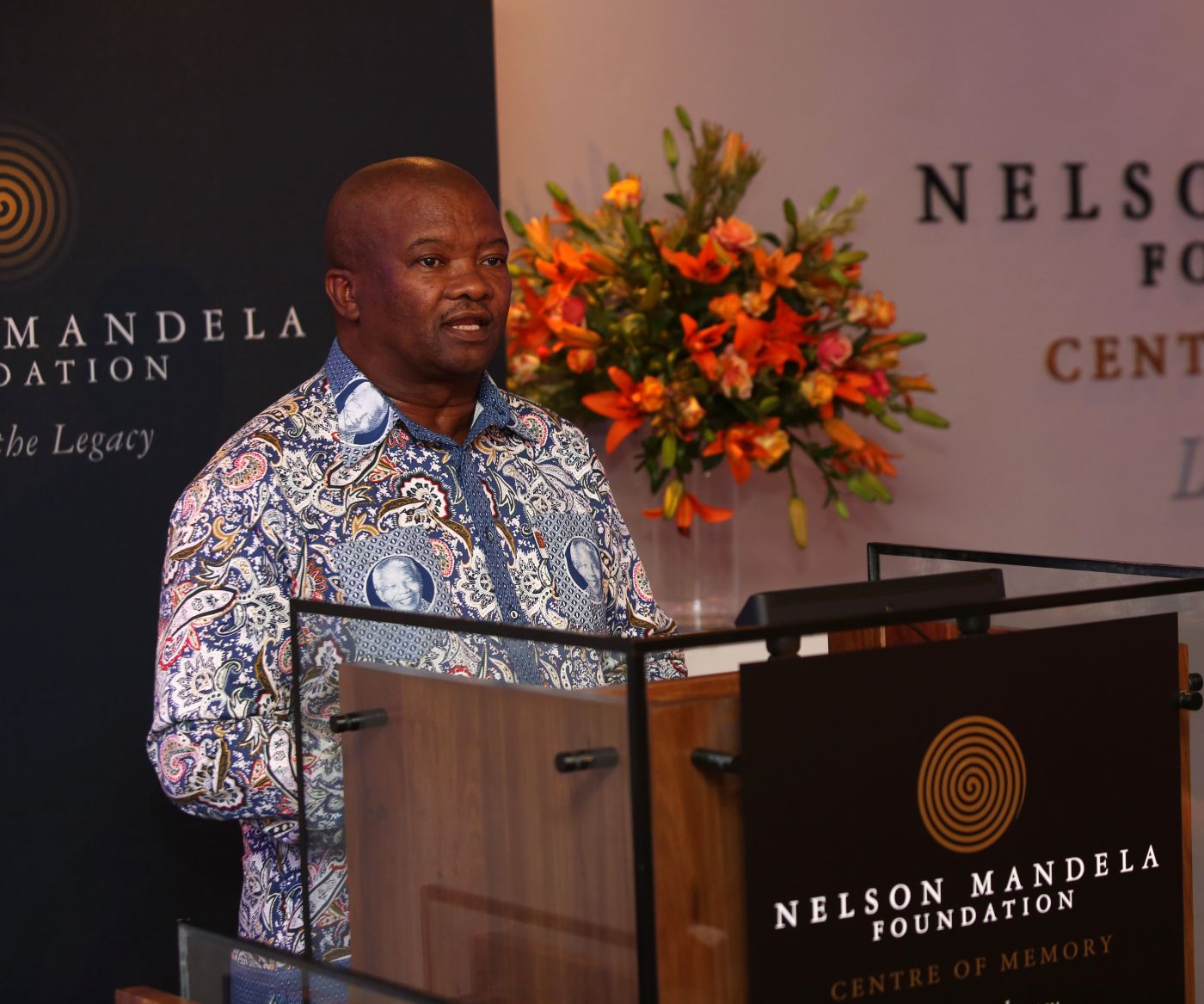 The travesty of state capture, which has hollowed out many of South Africa’s state i…
Continue reading... 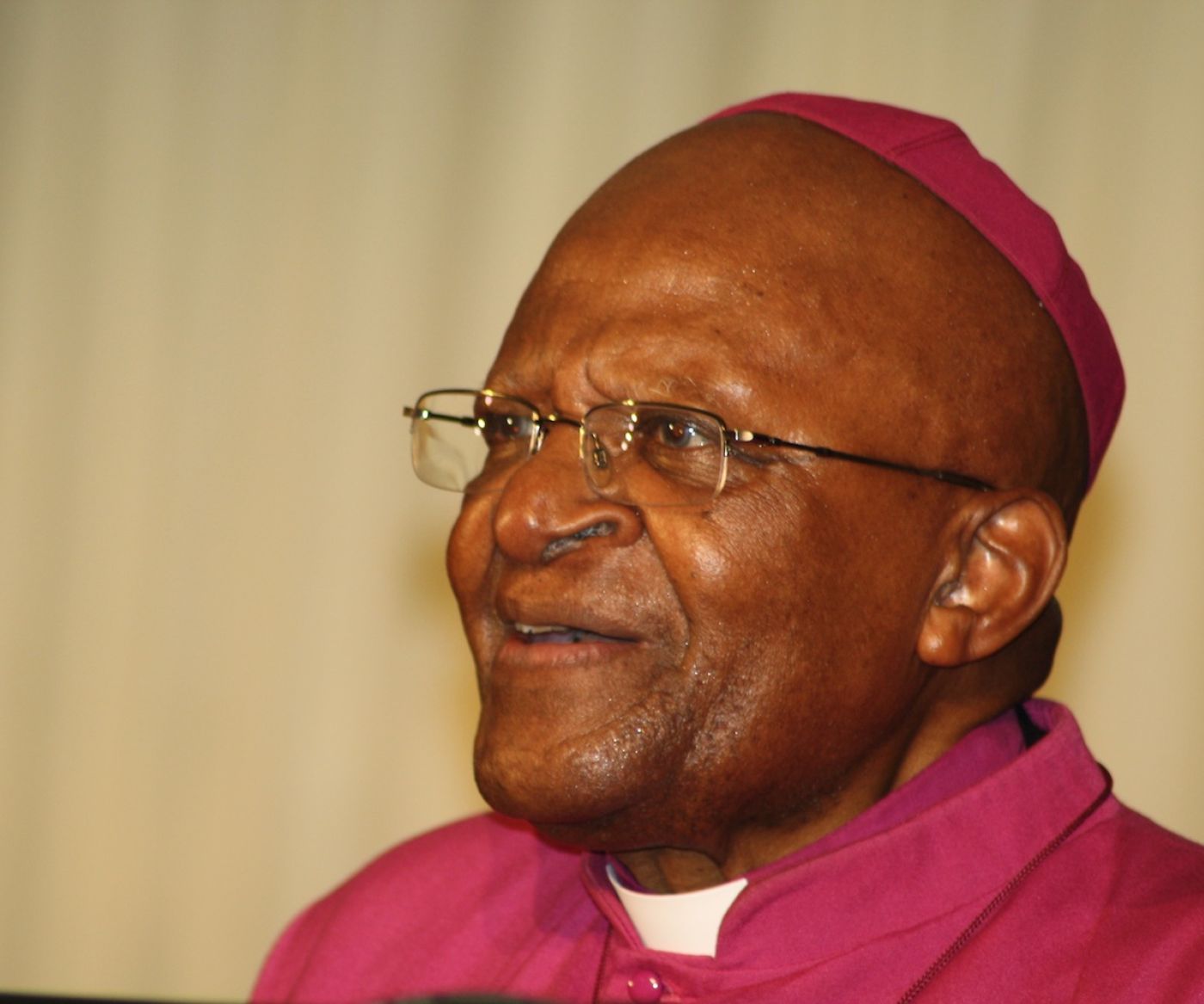 23 July, 2011 – Professor Ismail Serageldin, Director of the Library of Alexandria in Egypt, was t…
Continue reading... 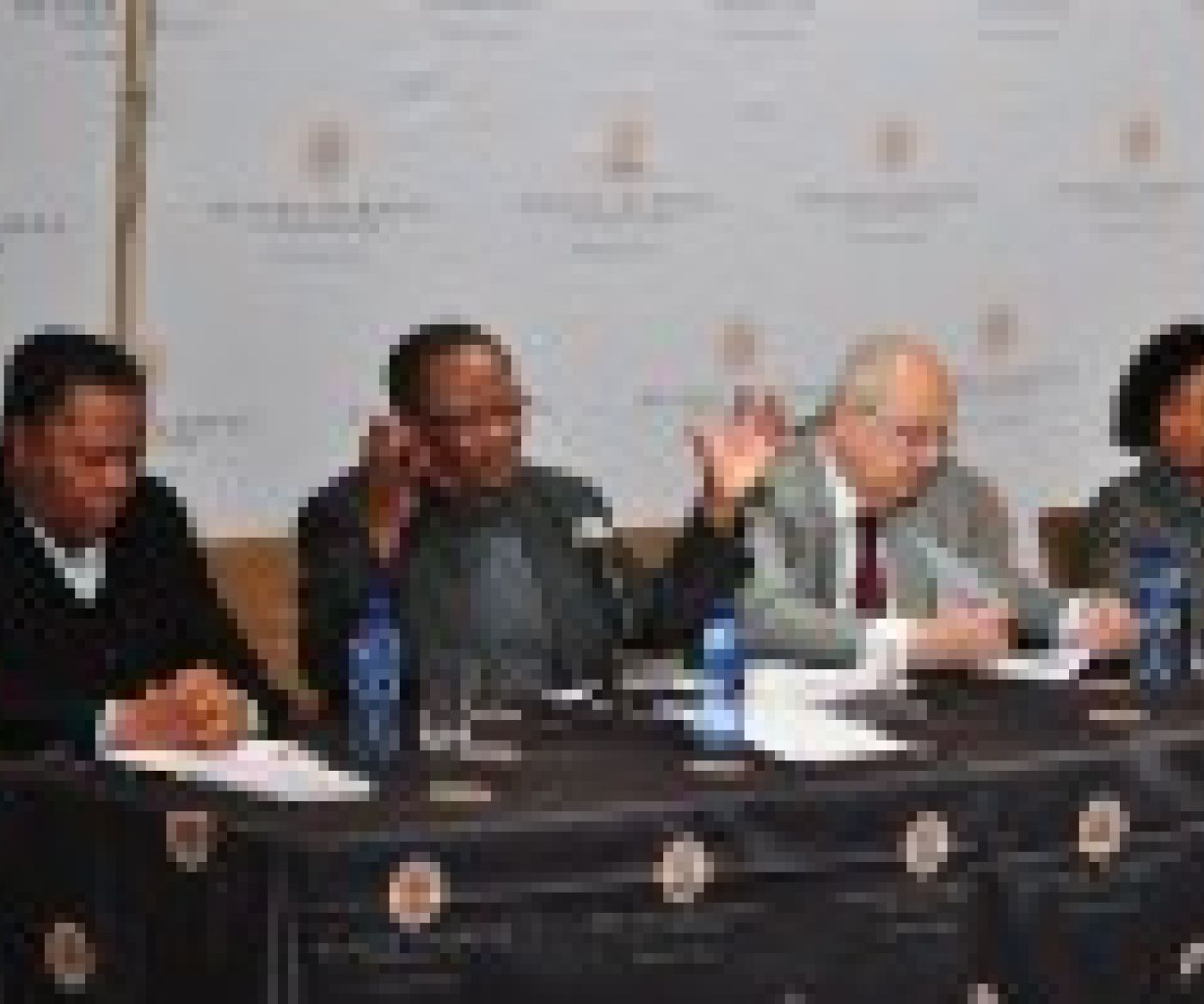 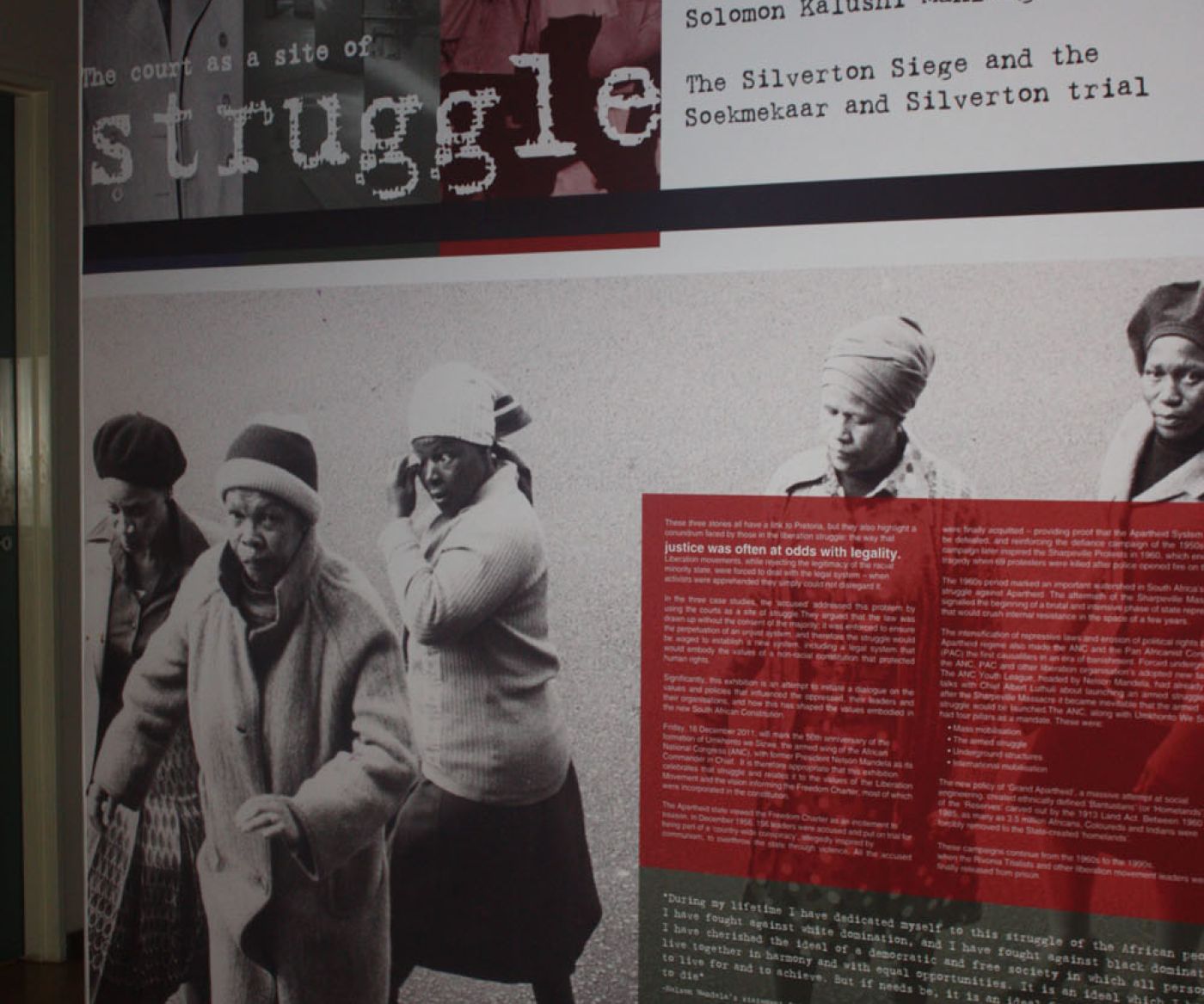 15 June, 2011 Tuesday saw the opening of a new exhibition to mark 50 years since…
Continue reading... 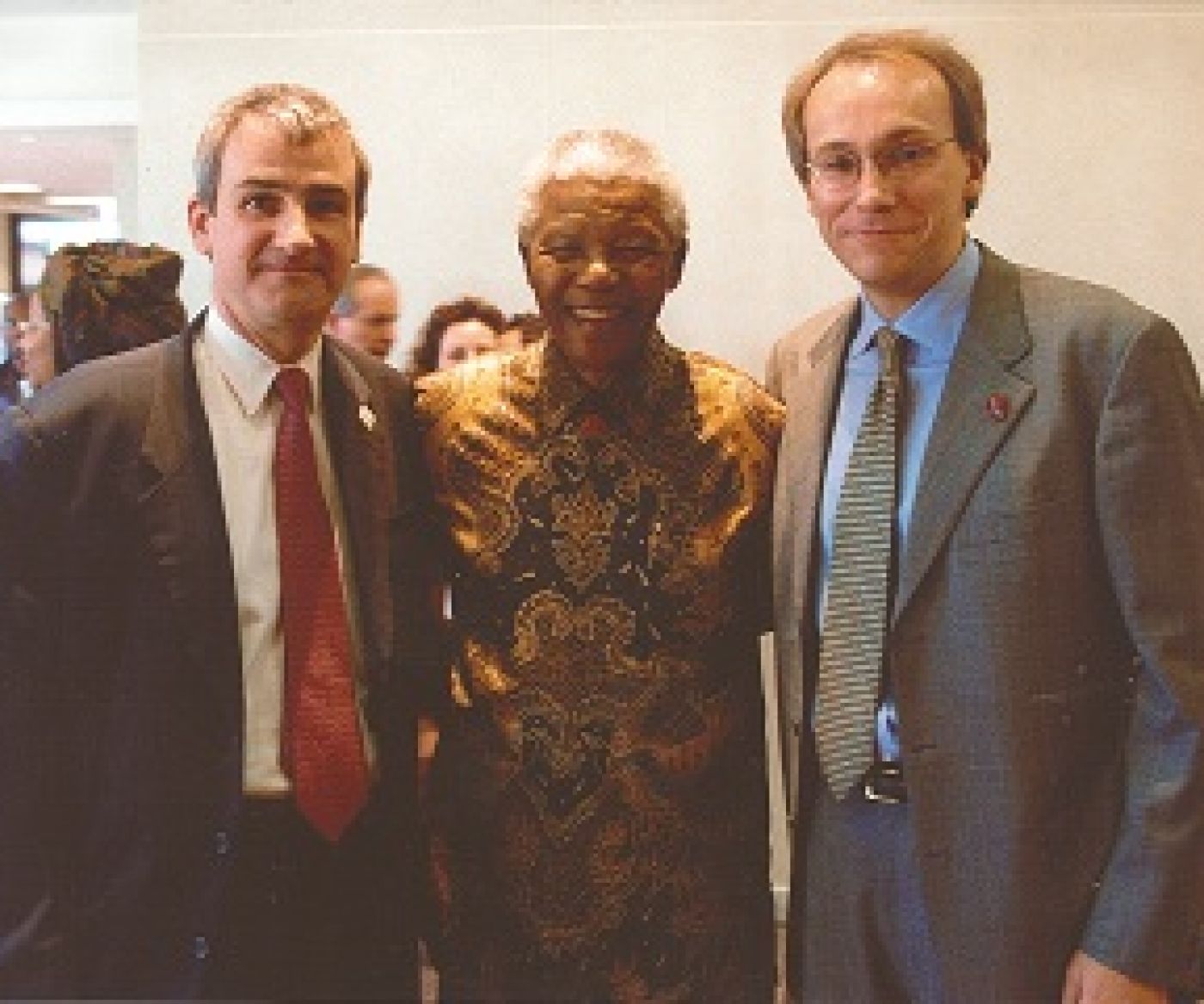 April 20, 2011 – You might appear in a photograph with Nelson Mandela without even…
Continue reading... 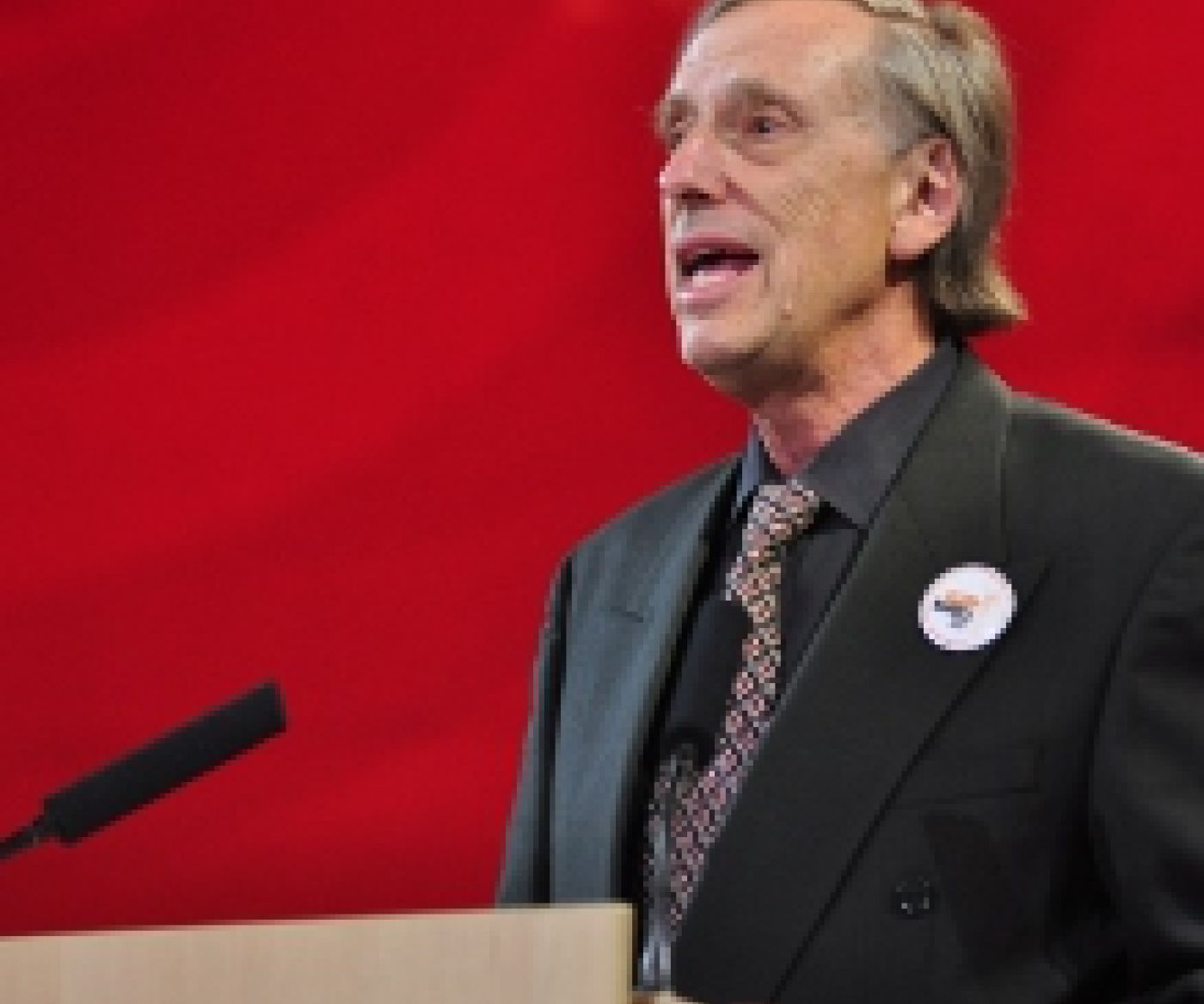 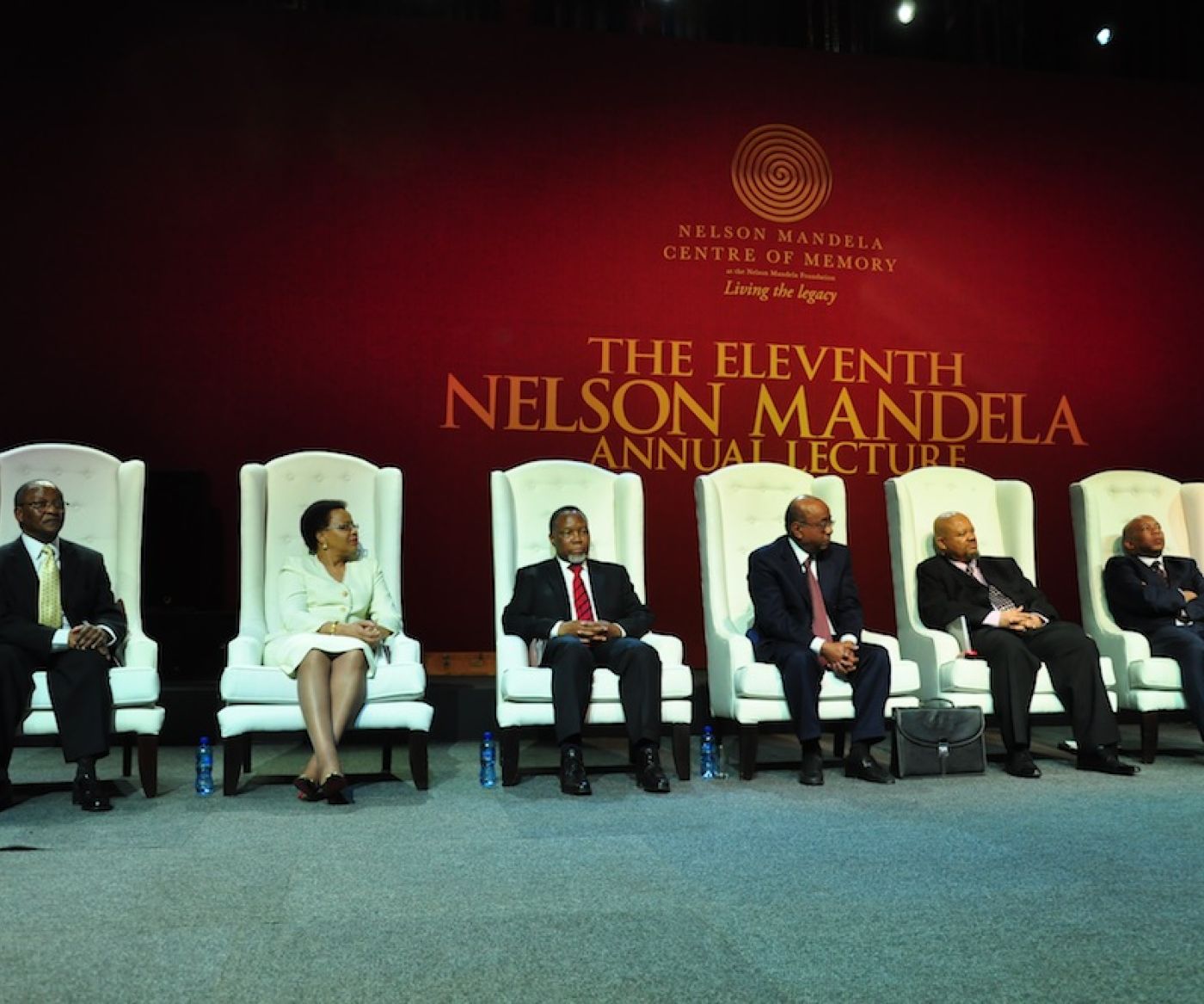 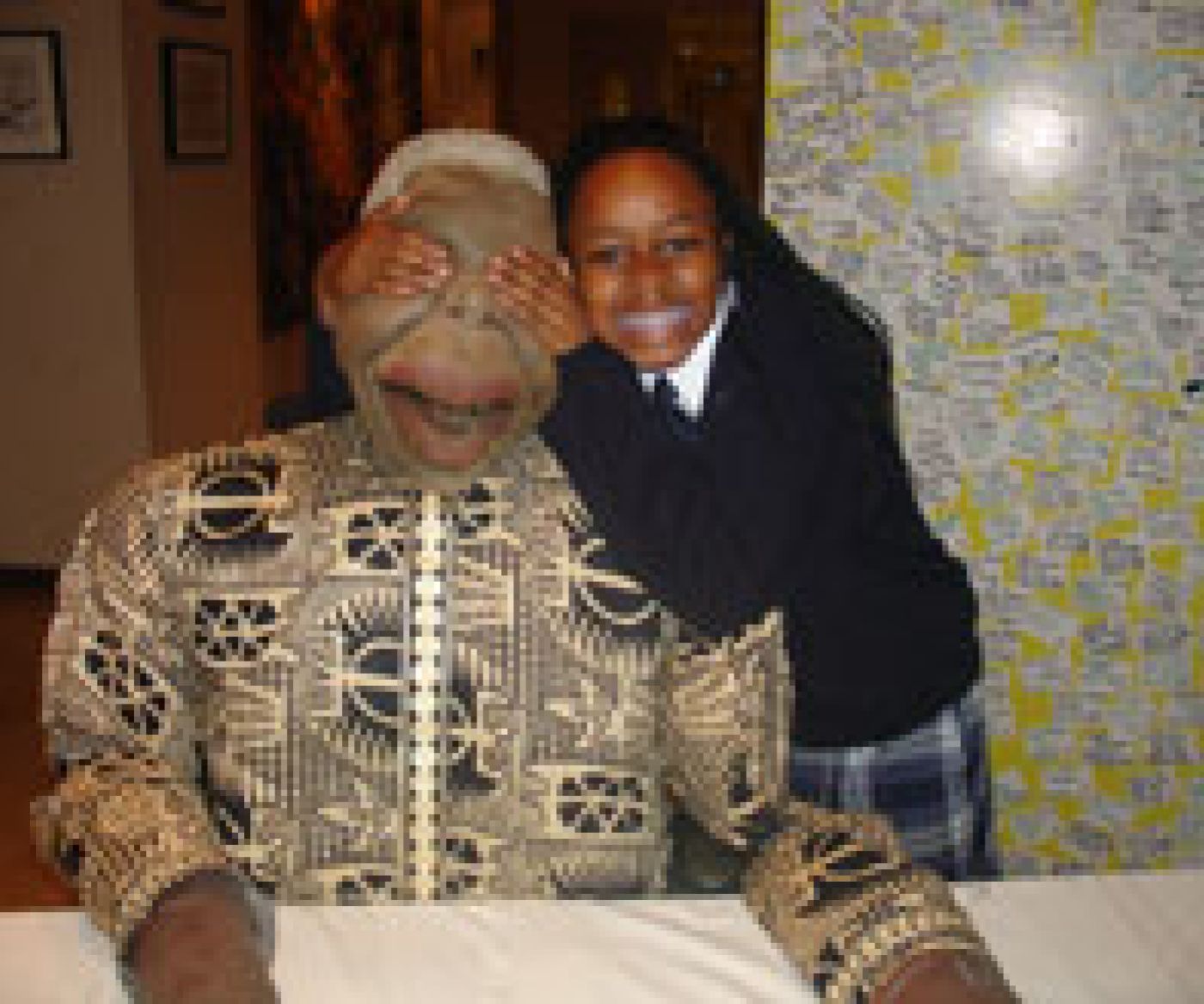 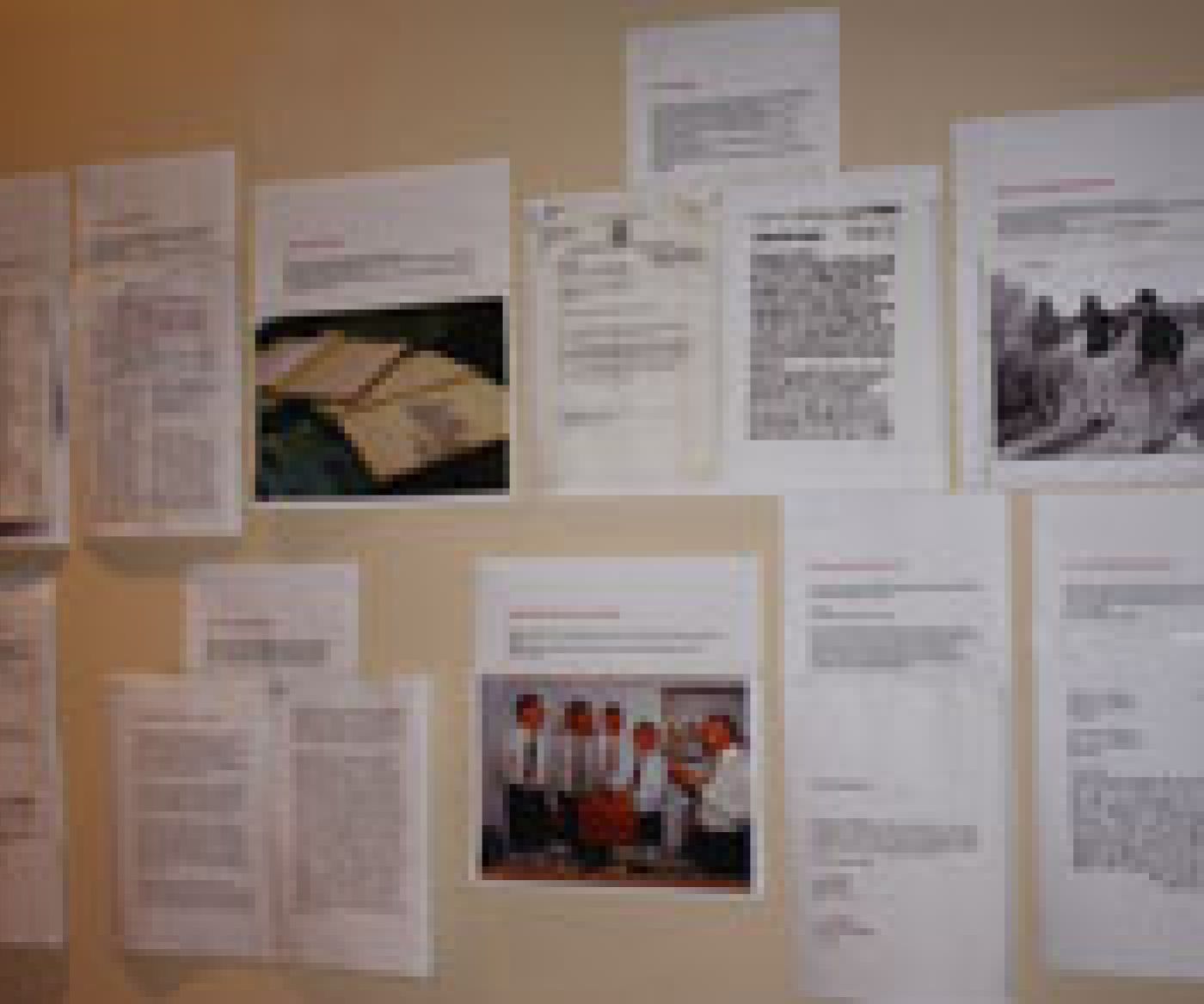 February 11, 2010 – Members of staff at the Nelson Mandela Foundation gathered in the Autshumayo A…
Continue reading... 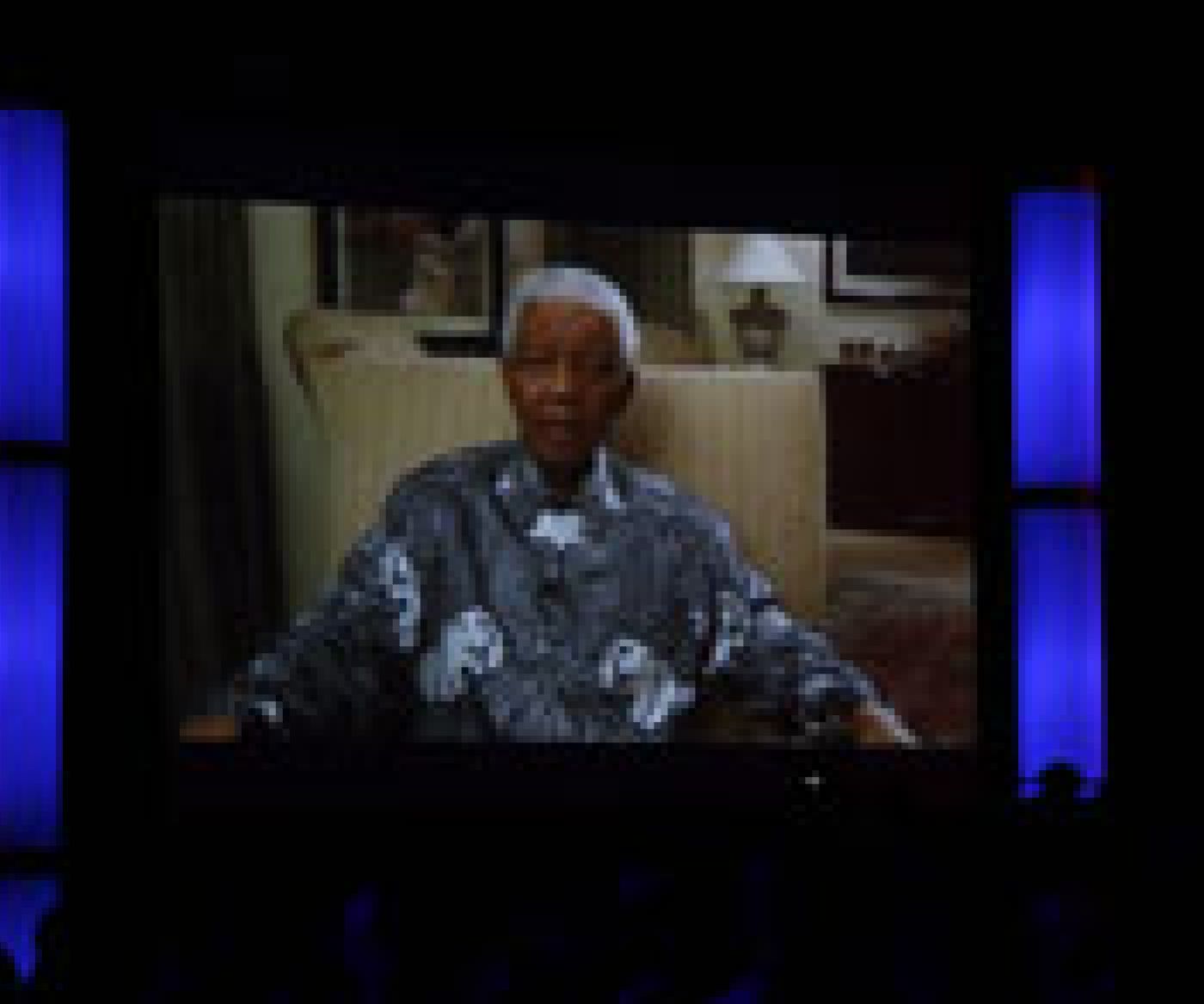 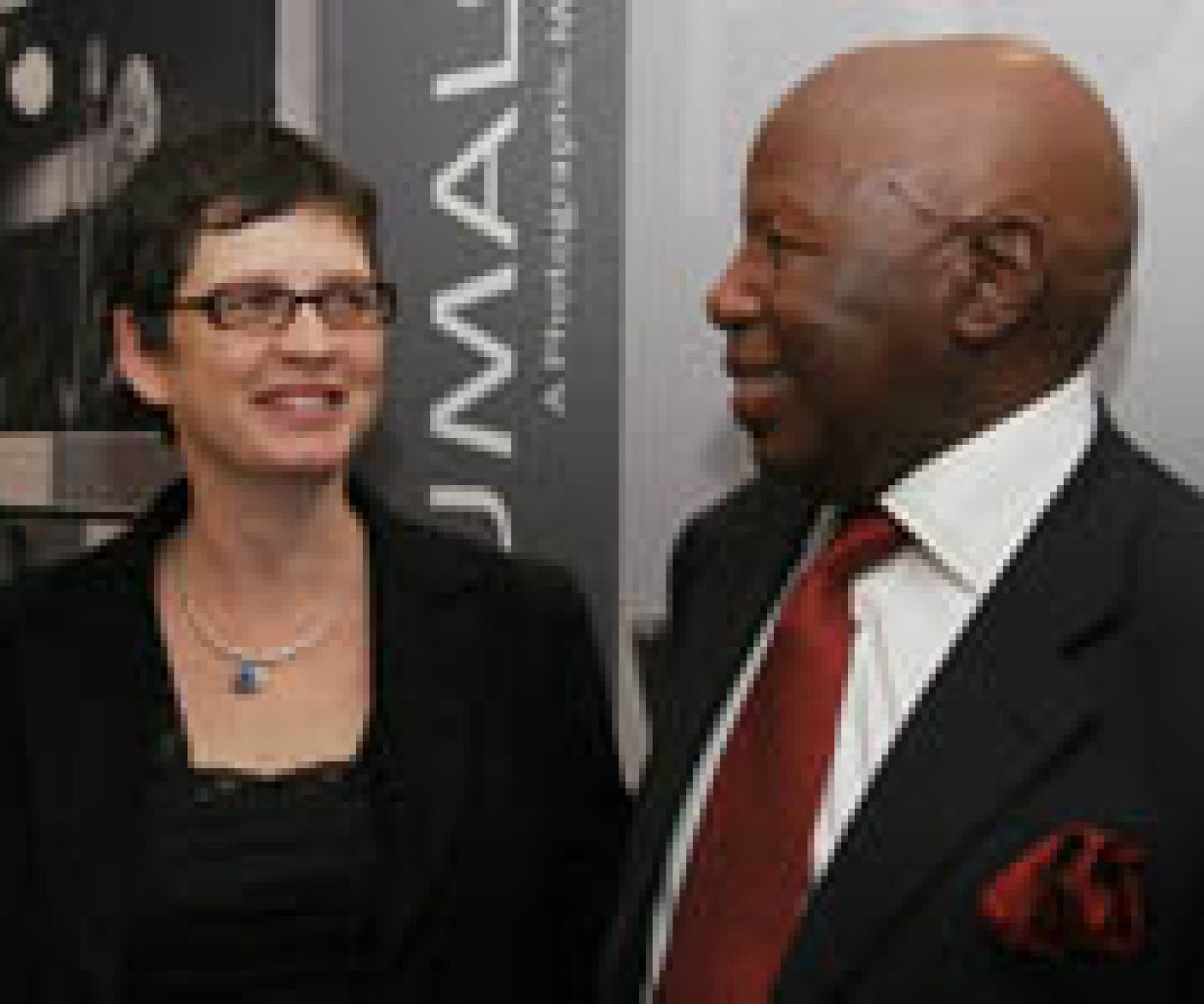 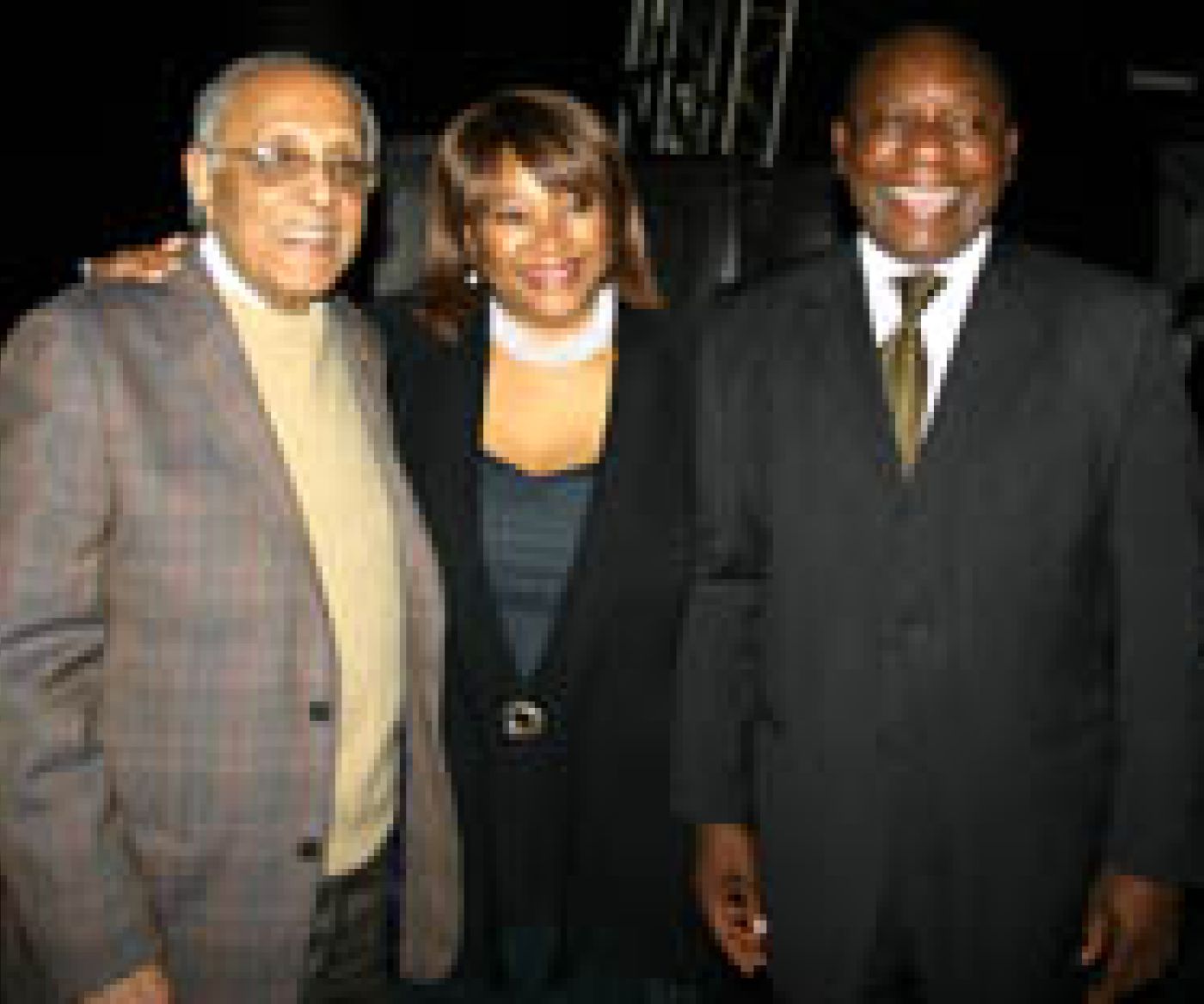 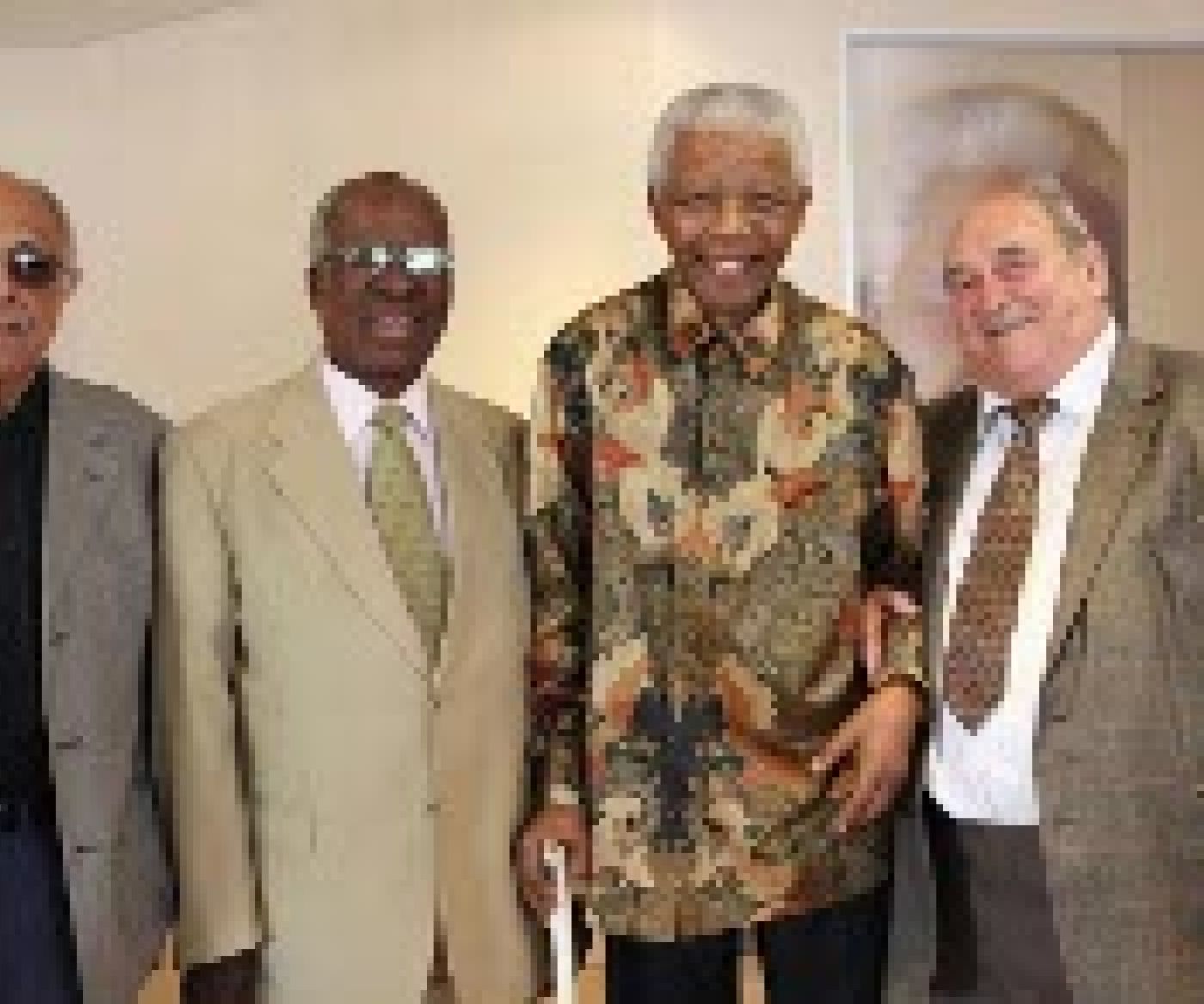 July 29, 2009 – Nelson Mandela was today reunited with the three other surviving accused in t…
Continue reading... 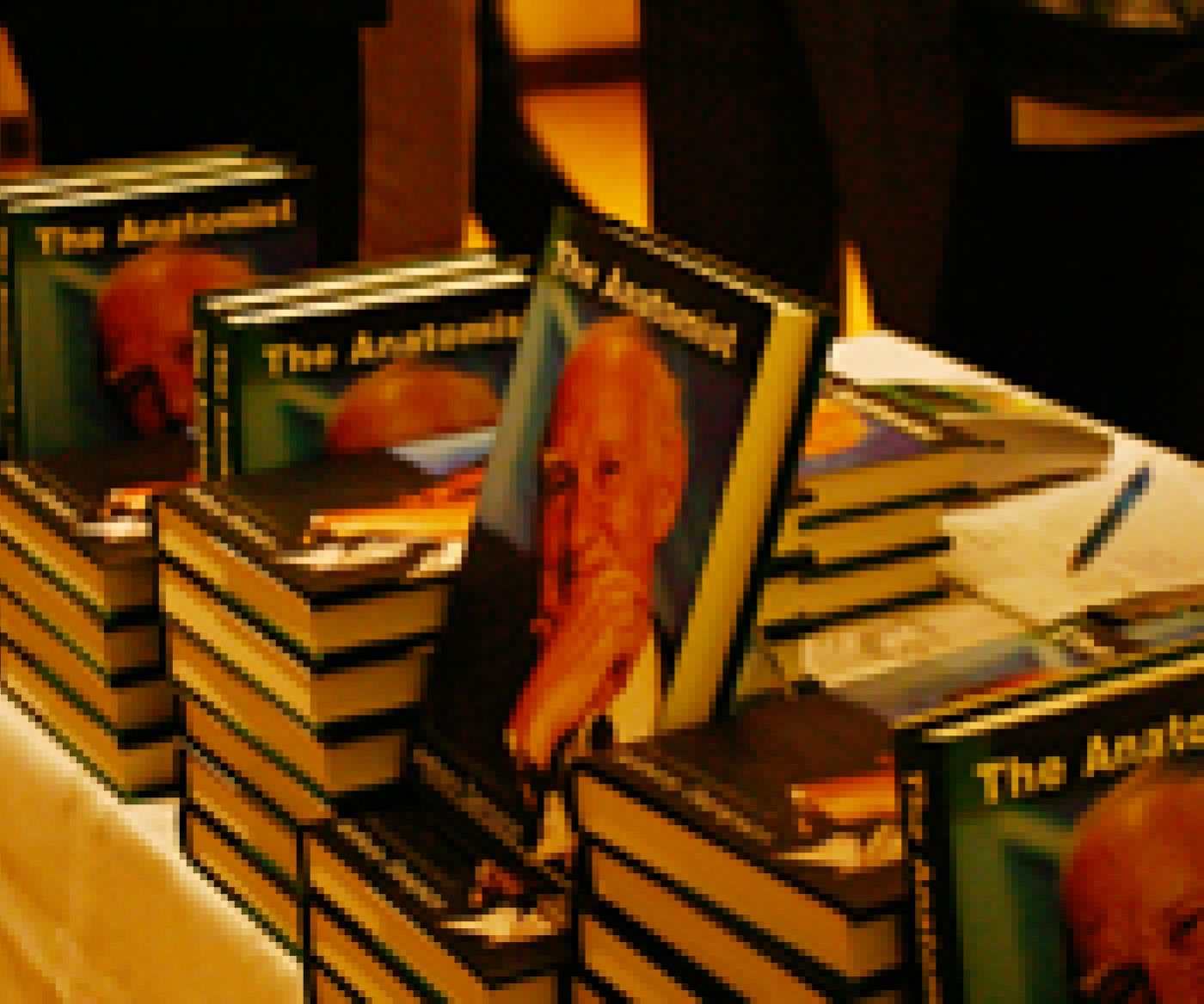 Feb 20, 2009 – The autobiography of the late Anthony Sampson, The Anatomist, was l…
Continue reading... 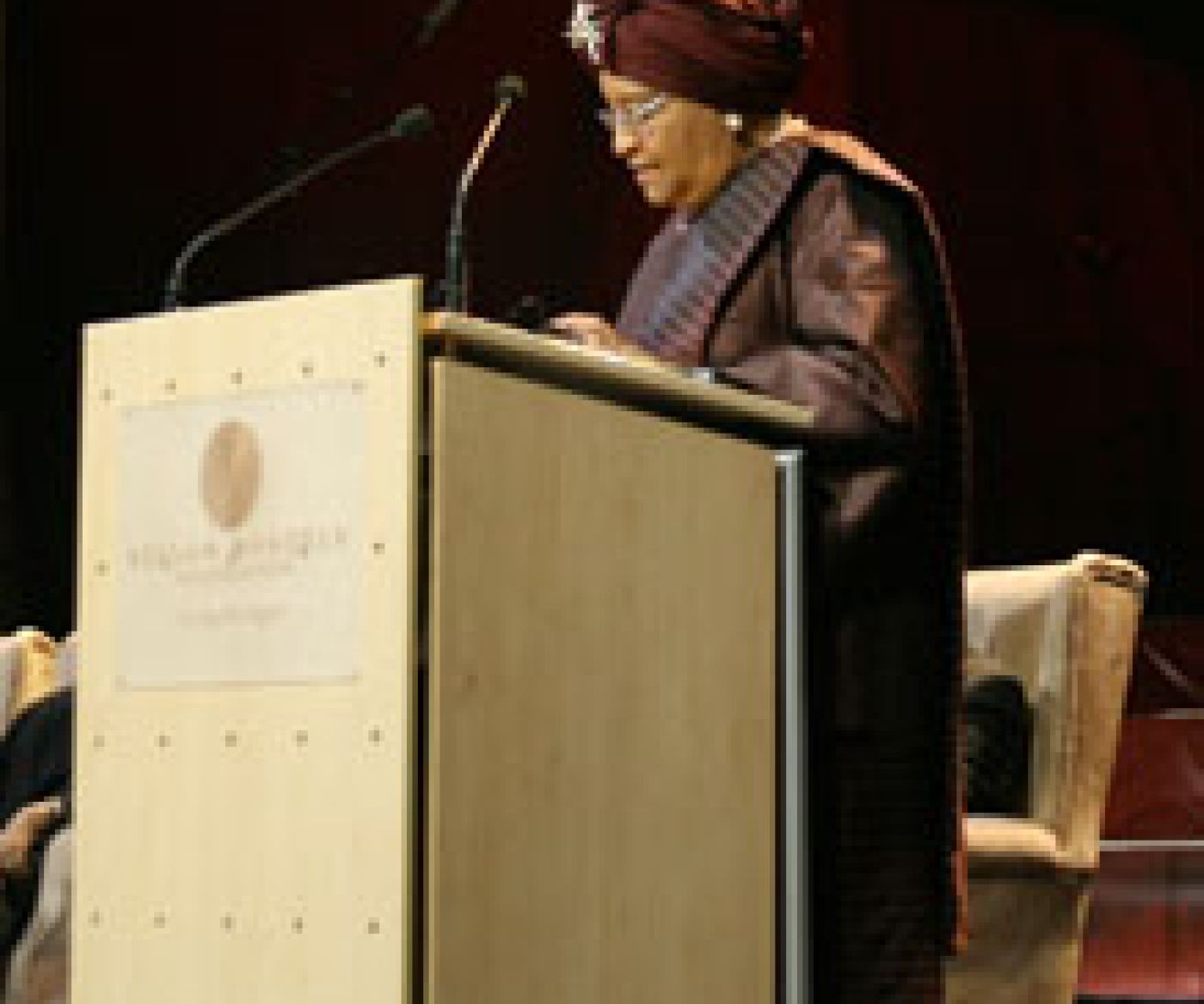 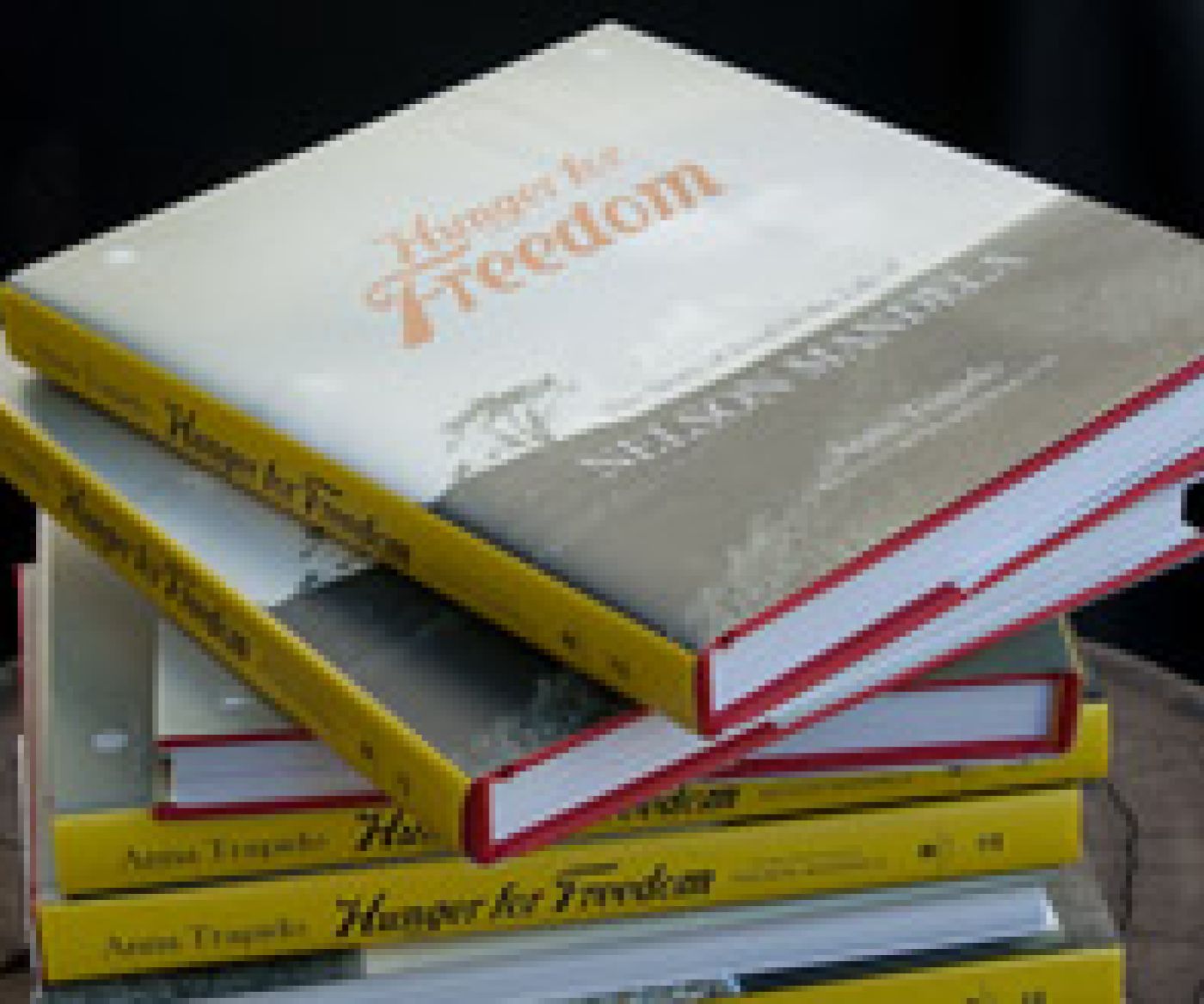 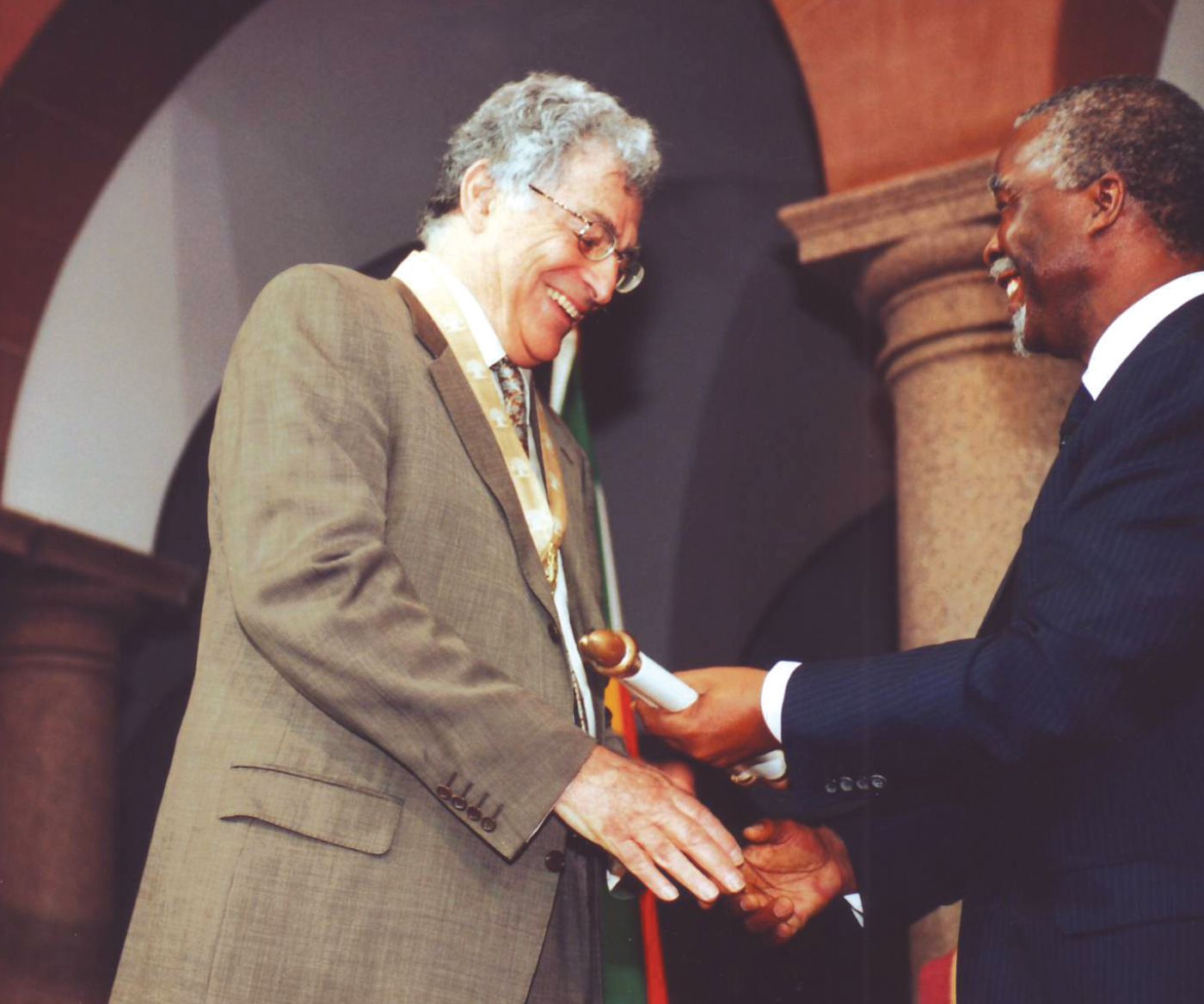 May 22, 2008 – In the fourth interview of our “In Conversation With” series to commemorate Nelso…
Continue reading... 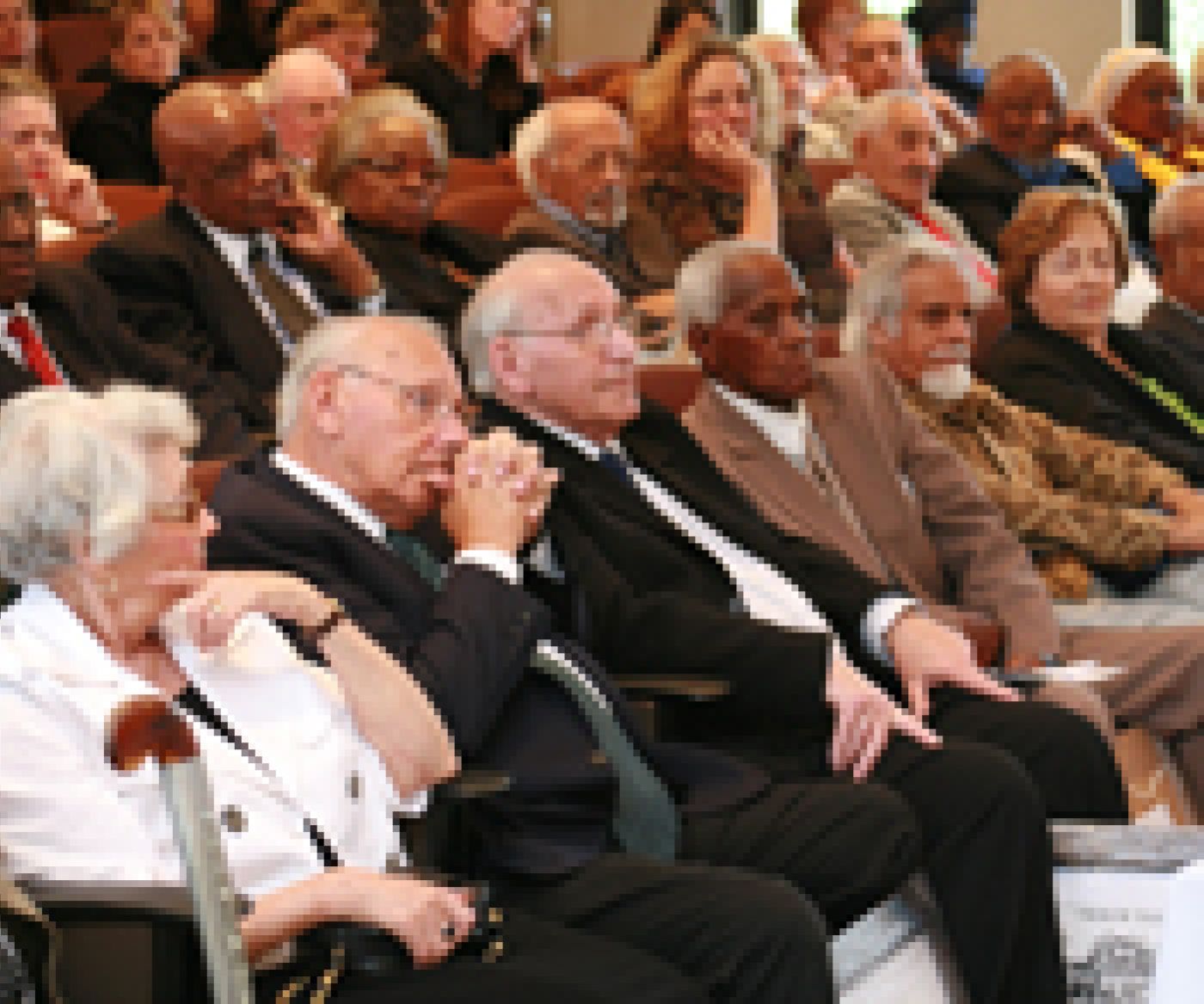 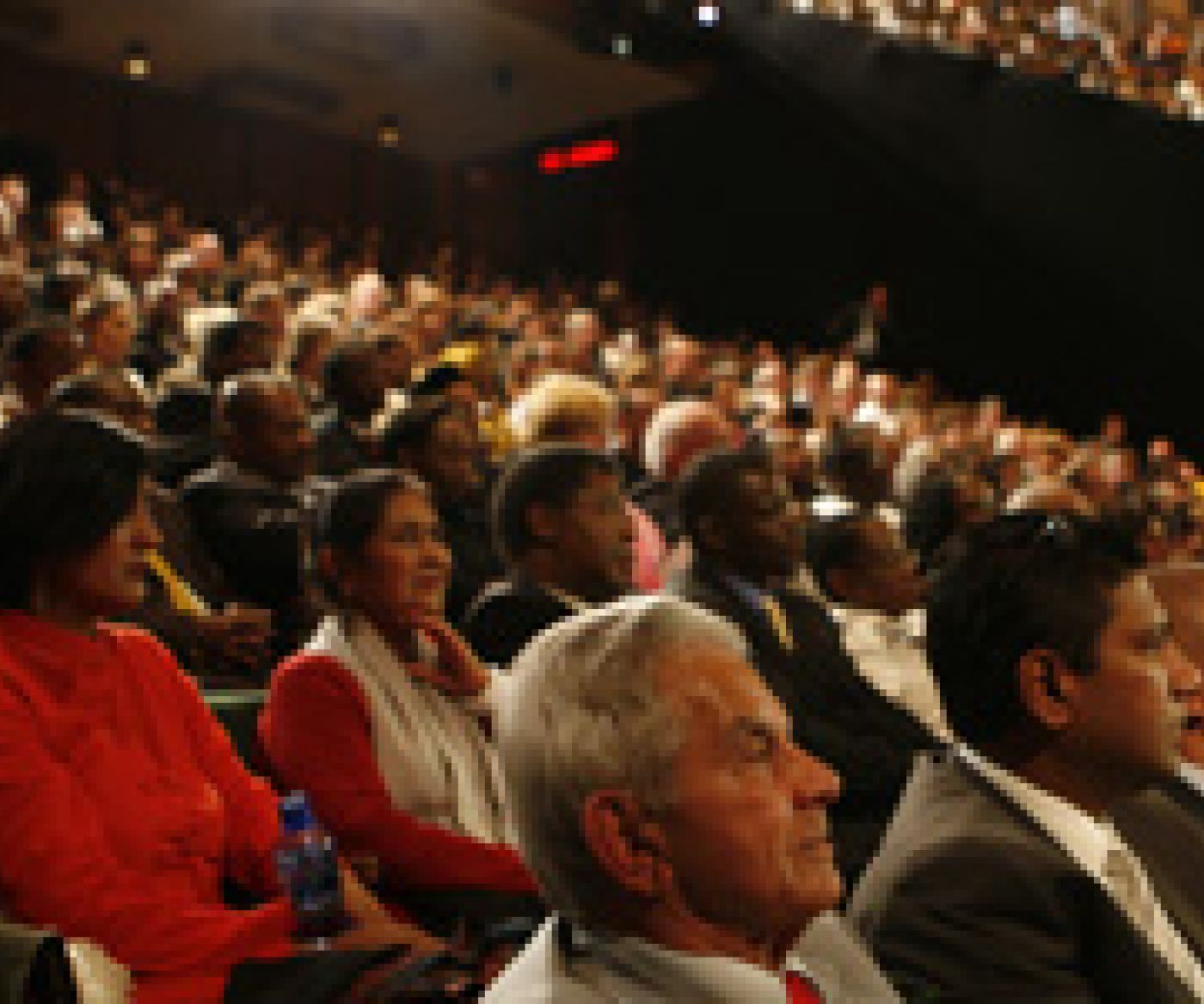 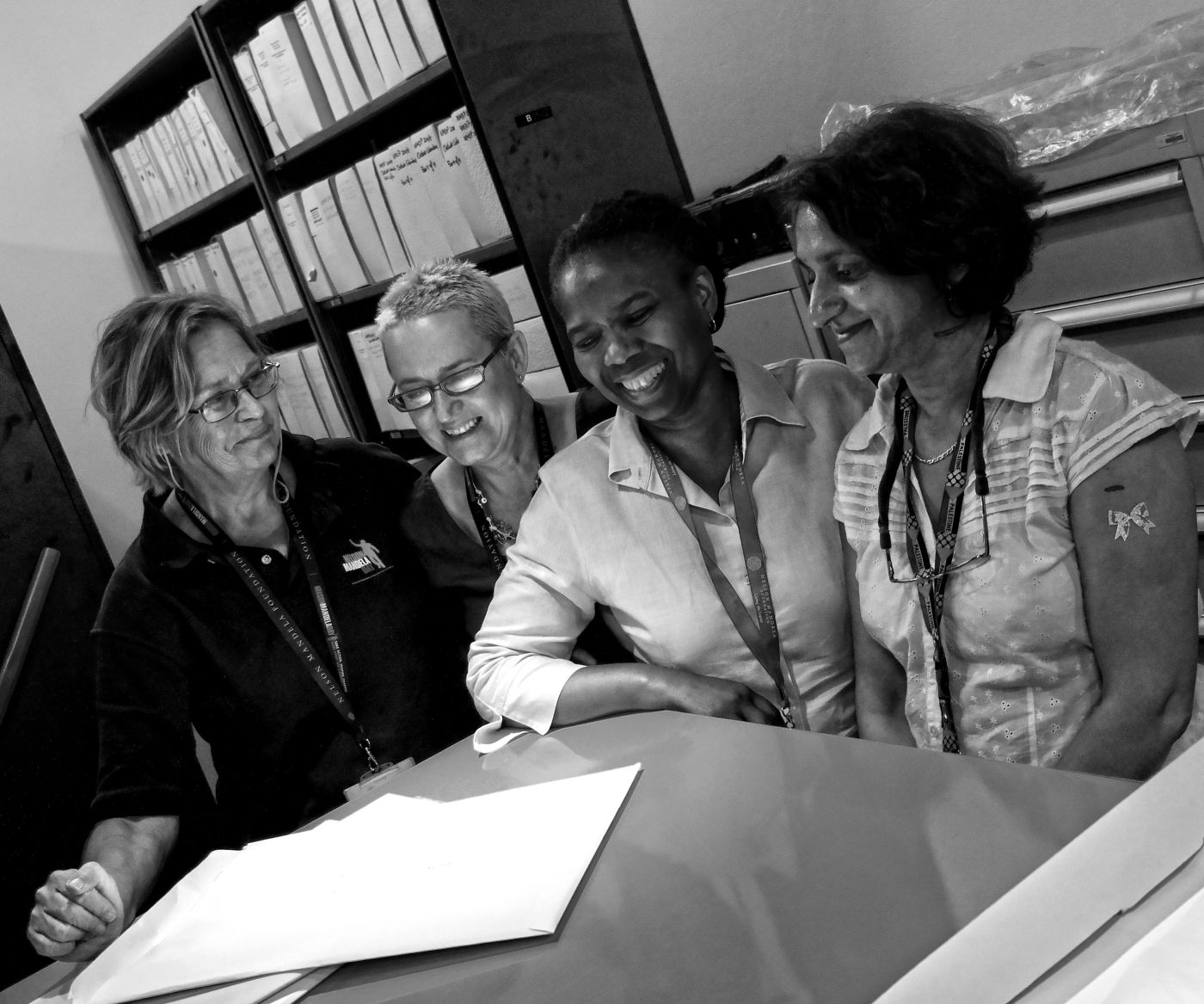 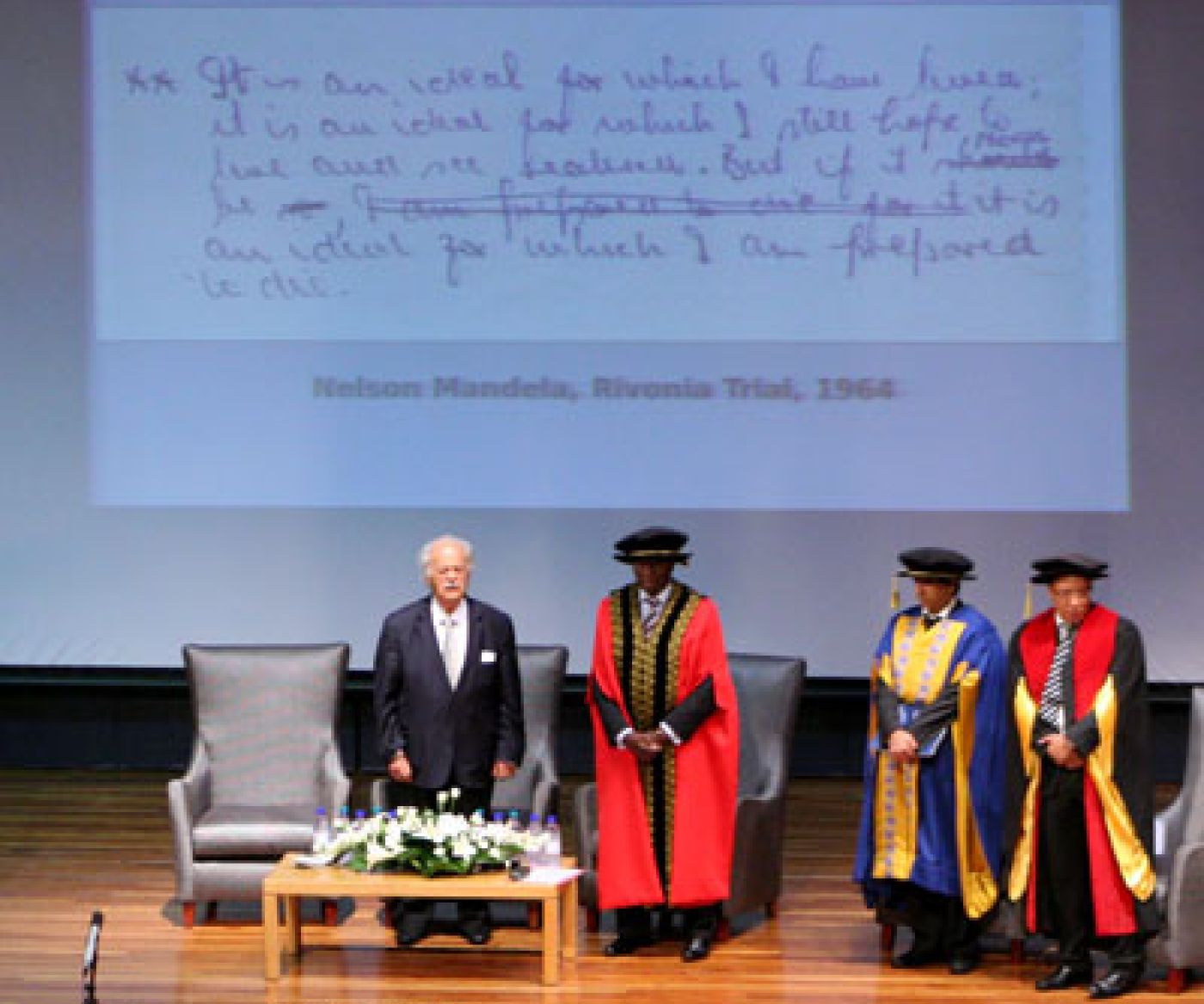 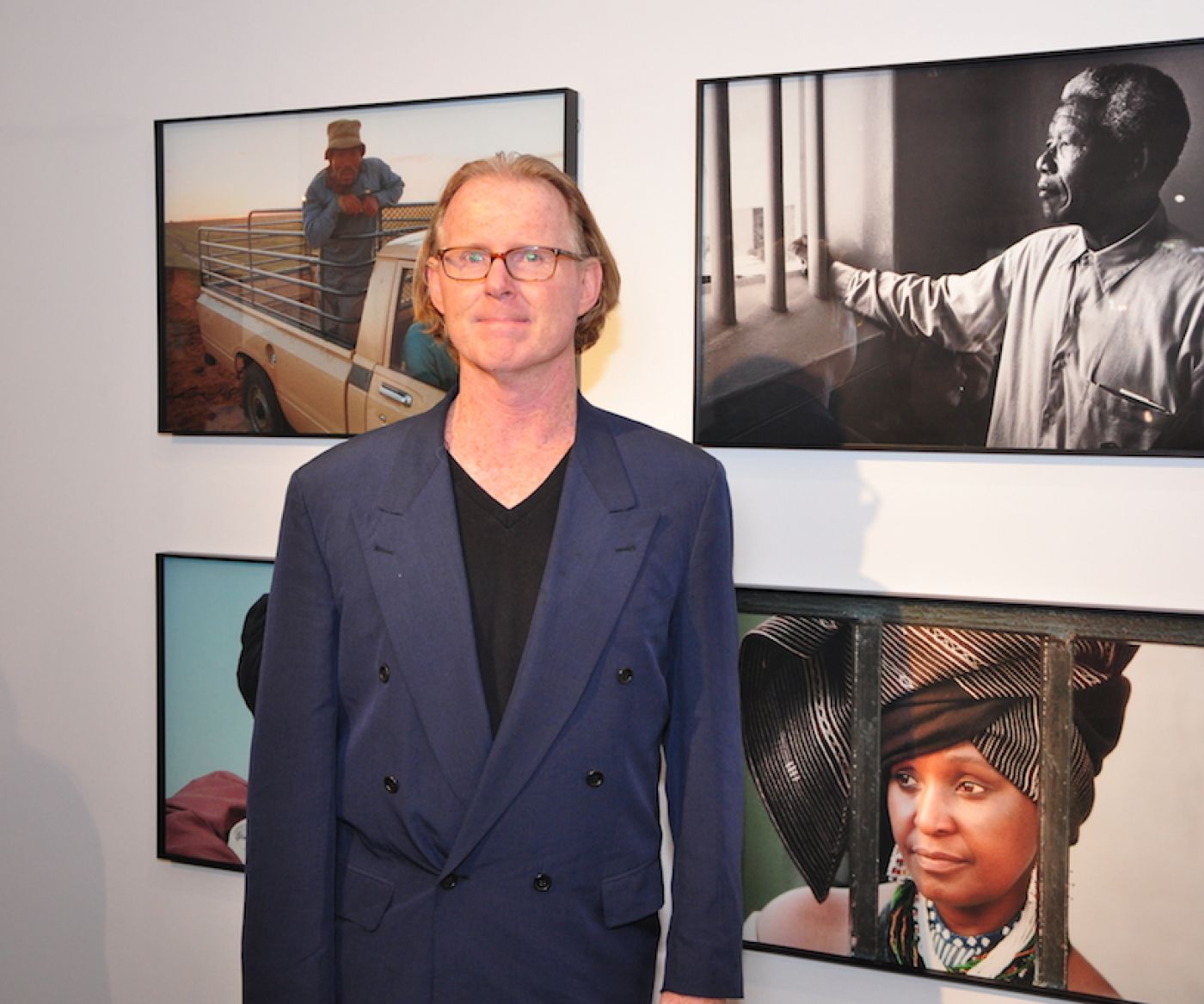 It is not for nothing that the first activity by the Nelson Mandela Foundation since…
Continue reading...