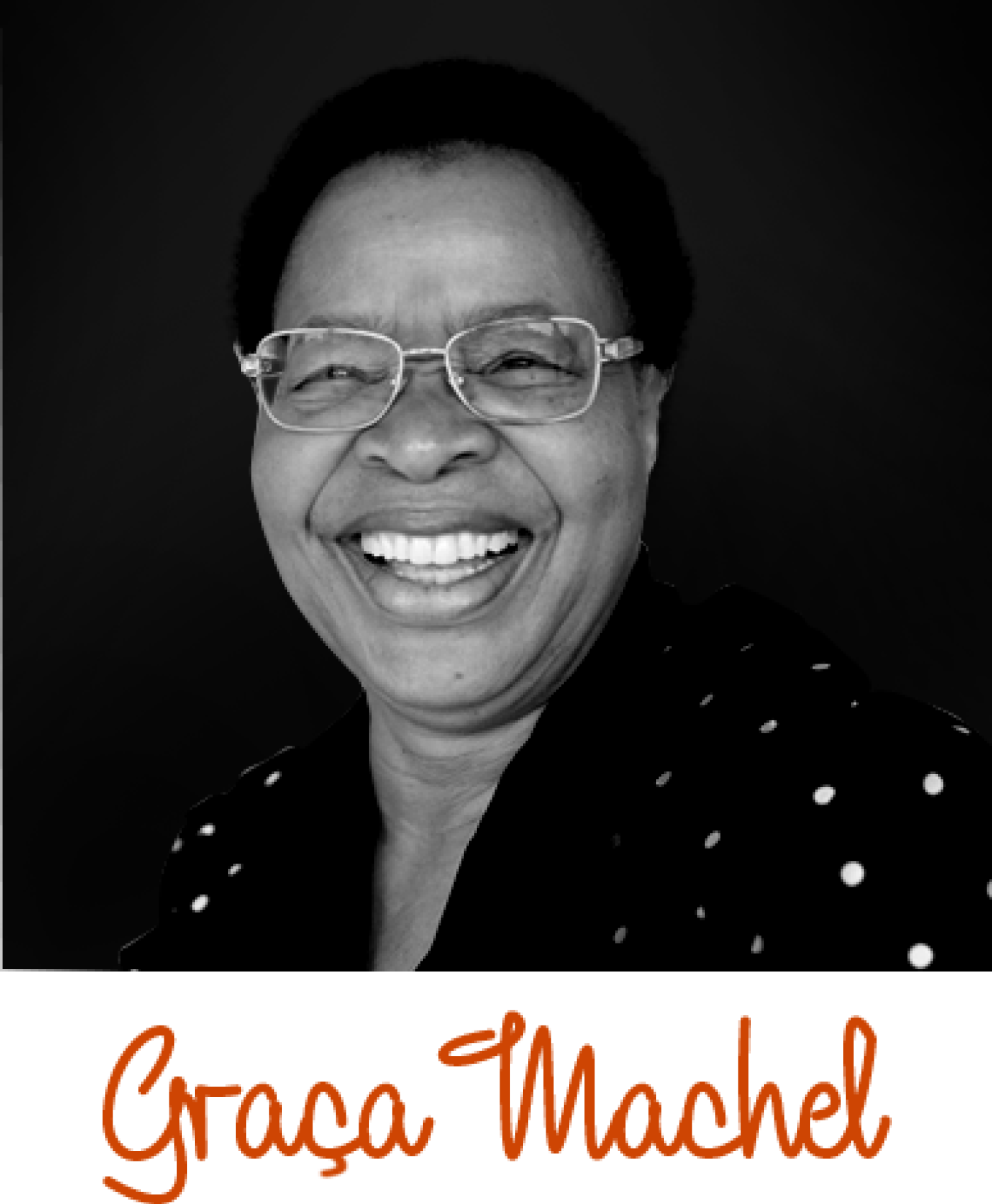 Graça Machel is an African stateswoman whose decades-long professional and public life is rooted in Mozambique’s struggle for self-rule and international advocacy for women and children’s rights. She is a former freedom fighter in Mozambique’s FRELIMO movement and that country’s first Minister of Education.

In the years following her tenure in government, Machel produced a ground-breaking United Nations Children's Fund (Unicef) report, The Impact of Armed Conflict on Children, that changed the way the United Nations and member states respond in conflict zones. Since then, she has worked tirelessly in support of global health, child welfare, and women’s rights and empowerment.

Machel works through several regional and international development bodies to accelerate social transformation. Machel is a founding member of The Elders, and played a key role in establishing Girls Not Brides. She is a member of the UN Secretary-General’s Sustainable Development Goals Advocacy Group and sits on the high-level steering group for Every Woman Every Child.

Machel lends her expertise to a number of organisations in a governance role. She serves as Board chair of the Africa Child Policy Forum, Board chair of the African Centre for the Constructive Resolution of Disputes, as well as executive chair of the Mandela Institute for Development Studies. Machel is a Board nember of the Mo Ibrahim Foundation and Education Above All. She is Board chair emeritus for the Partnership for Maternal, Newborn & Child Health (PMNCH) and is a Unicef Young People's Agenda Global Advisory Board member. She also sits on the Jack Ma Netpreneur Advisory Board.

Machel has created three non-governmental organisations in her own right. She founded and serves as president of the Foundation for Community Development and the Zizile Institute for Child Development. She founded the Graça Machel Trust in 2010 where she focuses on advocating for women’s economic and financial empowerment, food security and nutrition, education for all, as well as good governance.

Among numerous awards, Machel has received the United Nations’ Nansen Refugee Award in recognition of her long-standing humanitarian work.

In 1997, she was made an honorary Dame Commander of the Order of the British Empire. In 2018, she was awarded the World Health Organisation’s highest honour, the WHO Gold Medal, for her enormous contributions to the health and wellbeing of women, children and adolescents.

Graça Machel has dedicated her life to improving the fate of women and children, inspiring hope, and building a more just and equitable world for us all.