The passing of Achmat Dangor has left us feeling bereft. He was far more to us than just a former Chief Executive of the Nelson Mandela Foundation. He led the organisation through a challenging time of transition as Madiba stepped away from public life and in the process mentored many of us and, for some, became a friend. And even when he had moved on and his plate was full with new challenges, he never stopped supporting us. It felt that he was always there. We mourn his loss together with his family and friends. At this difficult time, our thoughts are with his partner Audrey Elster, his children Yasmin, Zane and Zachary, his grandchildren and his brothers and sister. 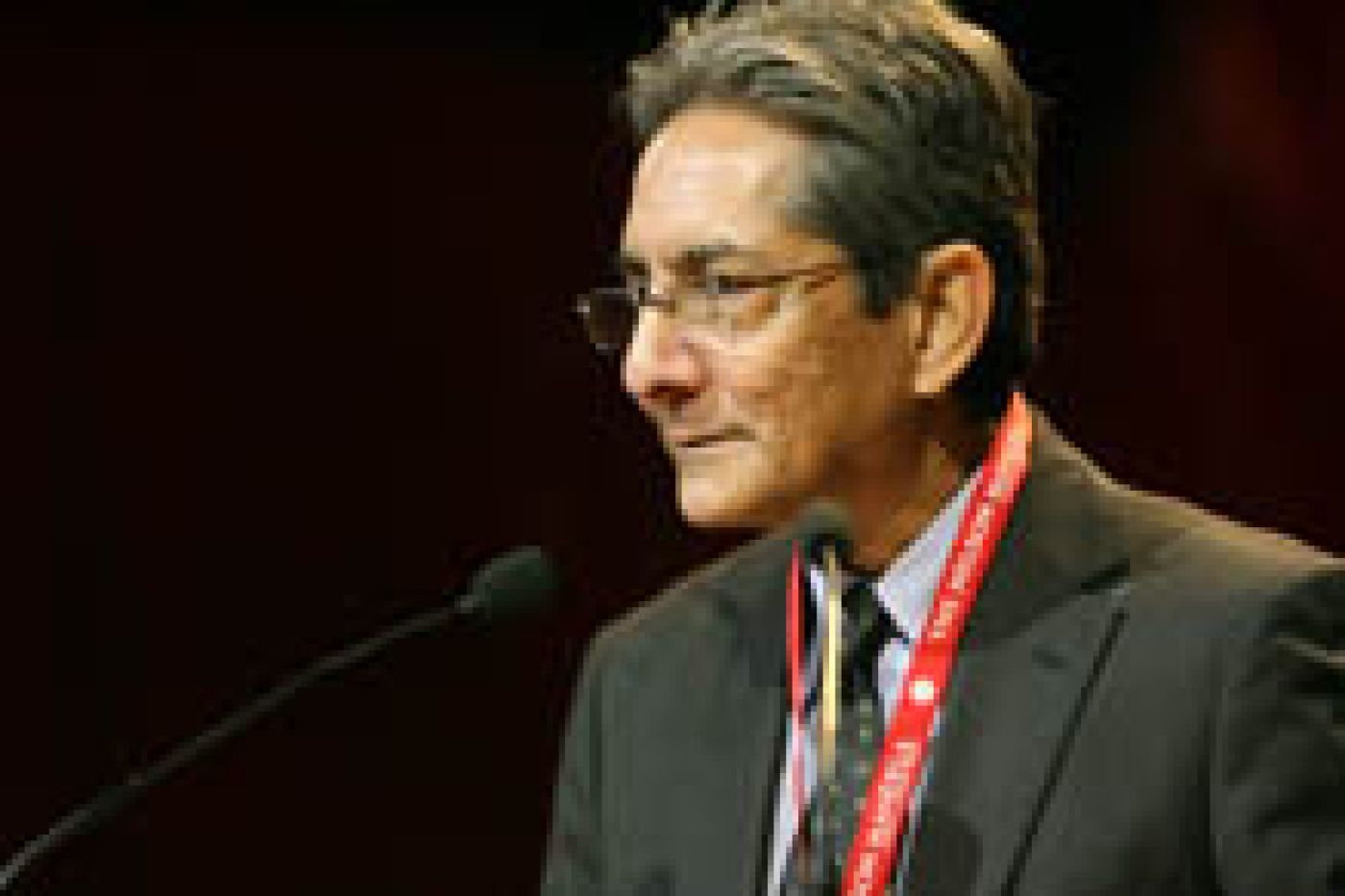 Achmat gave many years of outstanding service to structures of civil society in South Africa – including the Foundation, the Nelson Mandela Children’s Fund, Kagiso Trust and the Ford Foundation. He received many accolades for his tenure with UNAids in Geneva. His passion for justice and his managerial experience made him an adroit leader.

He joined the Foundation in 2007, tasked with turning what was Madiba’s post-presidential office into a human rights oriented non-profit doing social justice work in the memory-dialogue nexus. “He did an extraordinary job for Madiba and the organisation,” said Foundation Chairman Professor Njabulo Ndebele. “In just six years he enabled Madiba to step away, and he retooled the organisation to fulfil Madiba’s dream for it.” Chief Executive Sello Hatang, who succeeded Achmat in the position in 2013, said: “He saw in me something that I could not see. And he always saw a glimmer of light through whatever storm clouds were gathering. This feels like the saddest and heaviest day of my professional life.”

Achmat, of course, had an extraordinary life beyond institutional space. He had cut his teeth politically in the Black Consciousness Movement, worked with Bantu Steve Biko and other leaders of that generation, and gone on to support anti-apartheid work in a variety of settings and locations. As his apartheid era security establishment file demonstrates, he was always able to keep one step ahead of the authorities.

He was an accomplished writer, and a founding member and Vice-President of the Congress of South African Writers. Among his brilliant and celebrated contributions to South African literature are works such as Bitter Fruit and Kafka’s Curse.

In many ways he sacrificed his calling as an author to the social justice work which he made a priority for his life. In later years, colleagues would urge him to make space for his writing. Always he’d respond with that trademark mischievous smile, and a cryptic statement like: “But it’s people like you who make it impossible for me to have the peace and quiet writing requires.”

We will remember Achmat for so many things:  his willingness to take tough decisions; his determination to play the long game and resist pressure to take the easy option; his strategic nous; and his calm in the midst of crisis.

And there was his special relationship with Madiba. They were relaxed in each other’s company, always shared a laugh, often at each other’s expense. Like the day Achmat waited at the Foundation’s front entrance to walk out to a photo opportunity with Madiba. This at a time when Madiba needed someone’s arm to steady him. Another colleague walked Madiba down the long corridor and then stepped back for Achmat to take over. “Ah Achmat,” said Madiba, “now you can do some real work.”

We have lost a great South African and a special human being. Achmat’s life was a life well lived. It was a full life, lived with courage, humour and a relentless honesty. We will miss him. And we will always remember him. 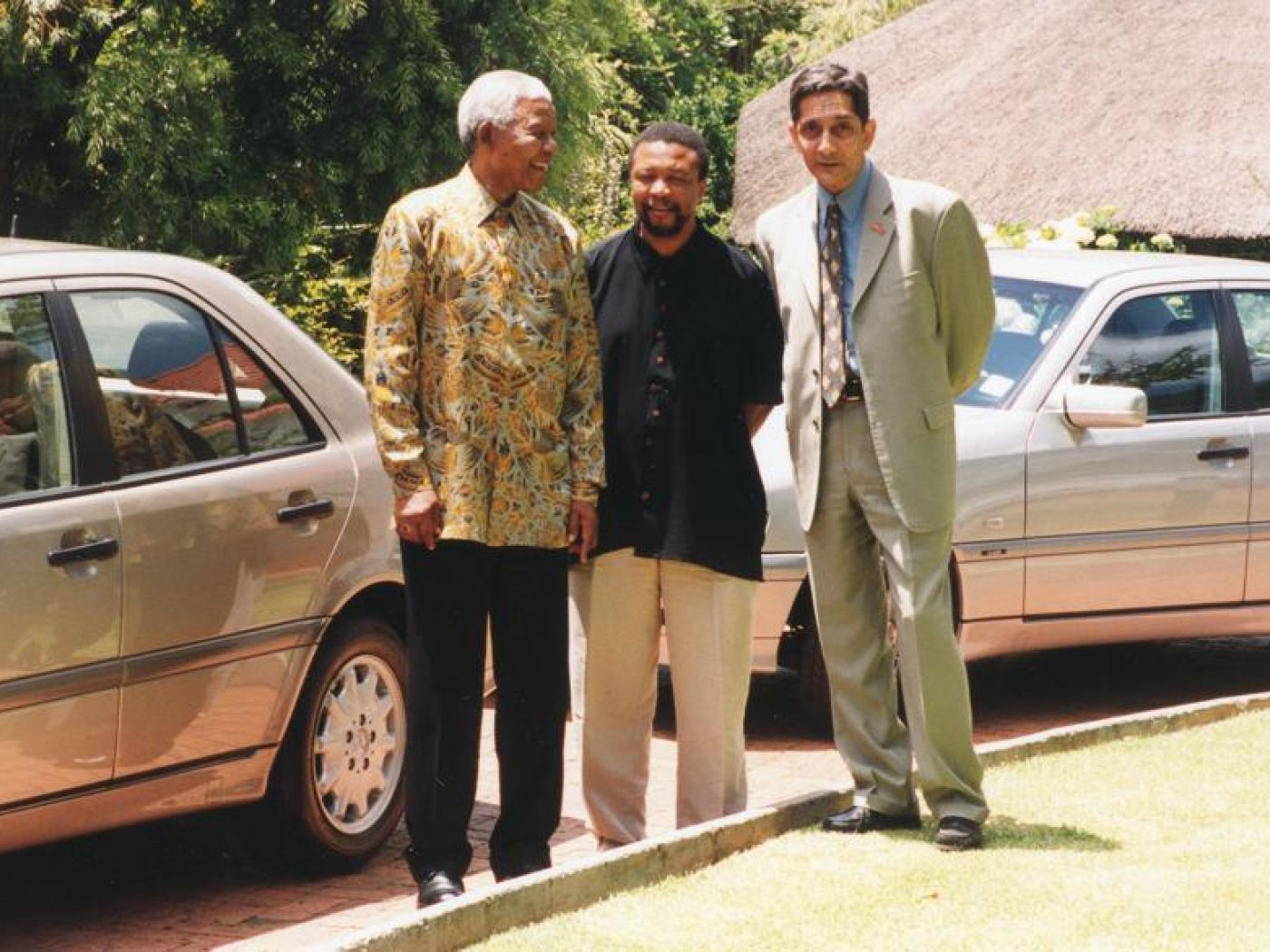 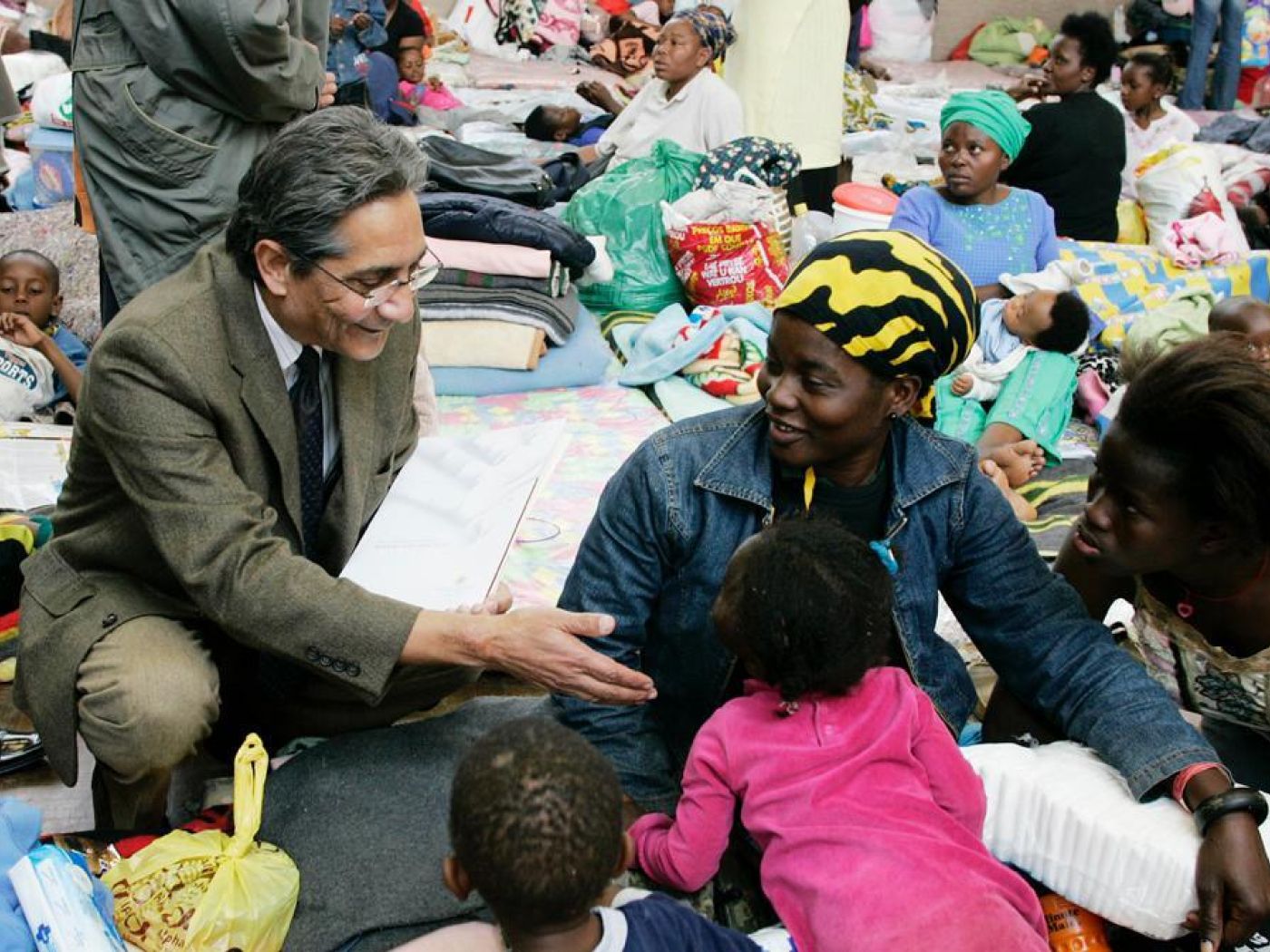 Achmat Dangor at a refugee camp. 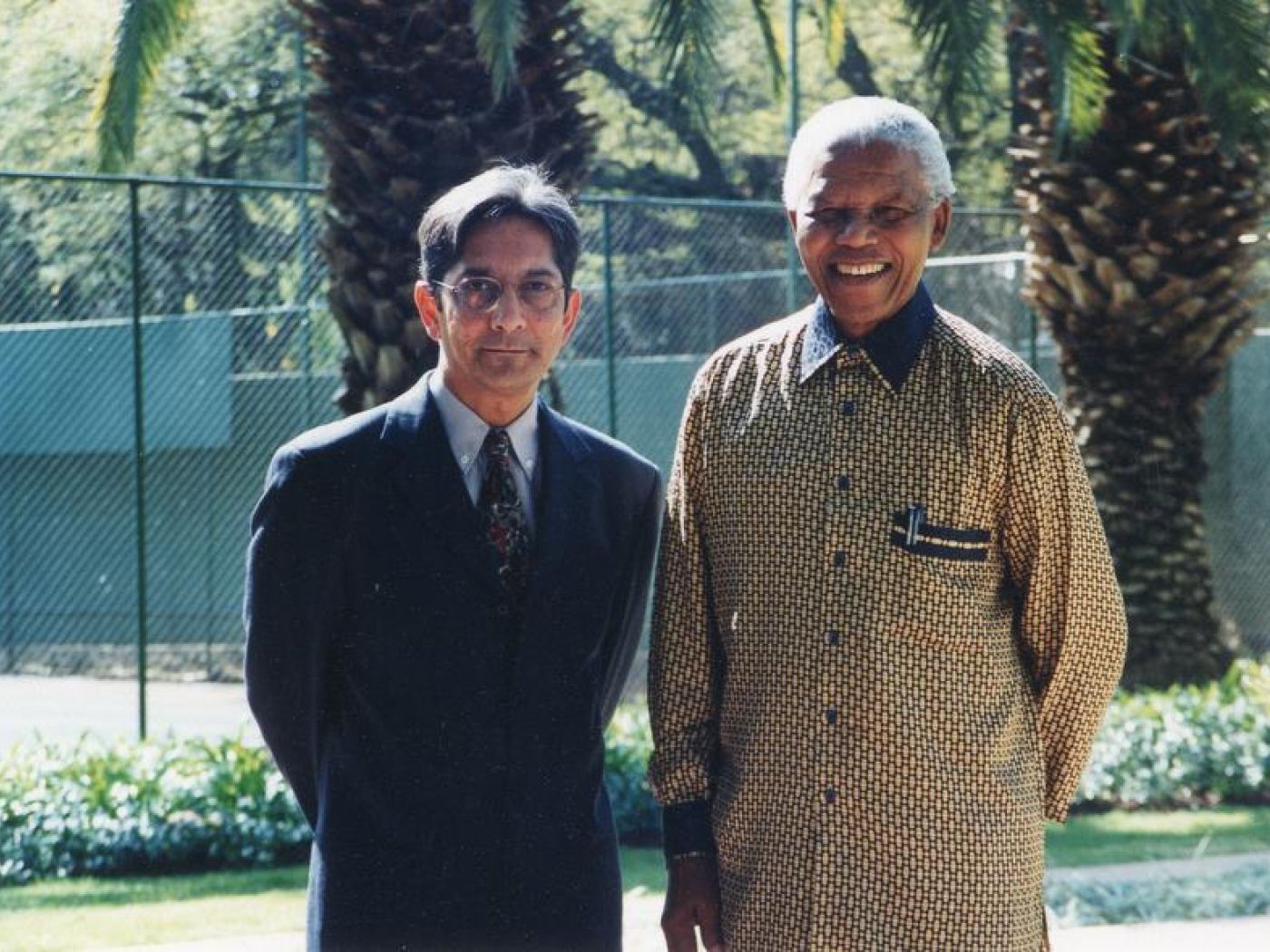 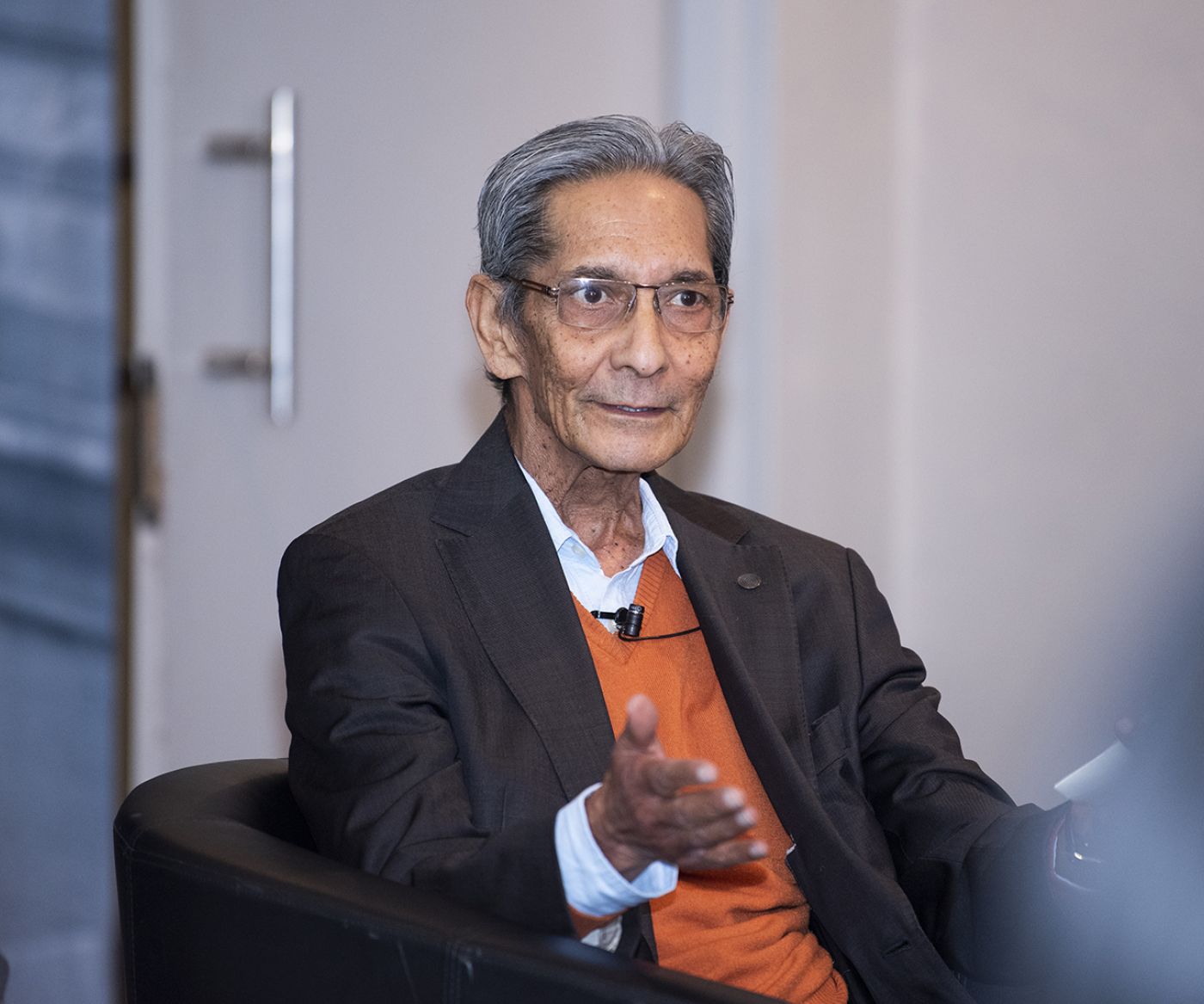 Achmat Dangor, who passed away on Sunday, was more to the Nelson Mandela Foundation than…
Continue reading... 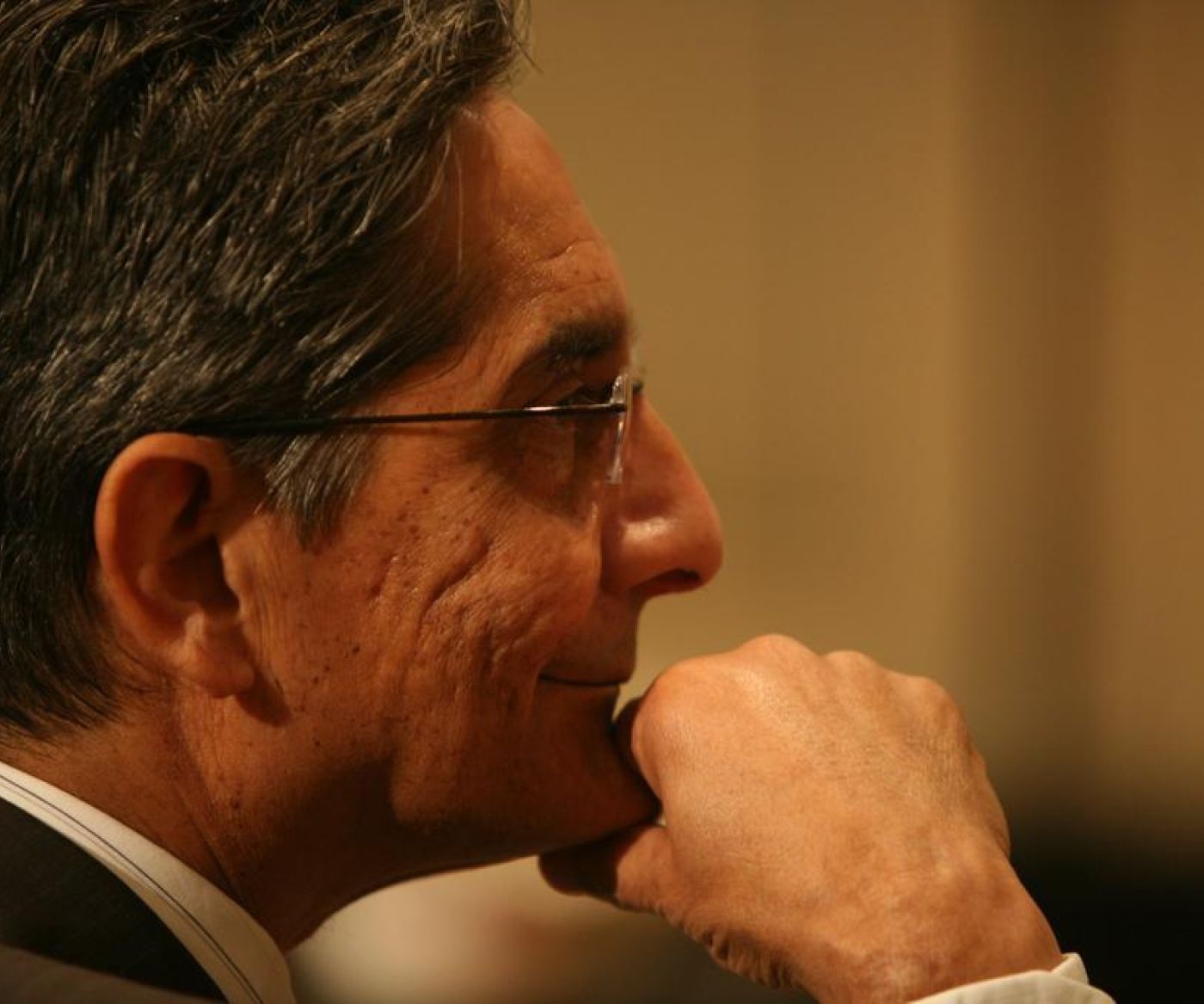 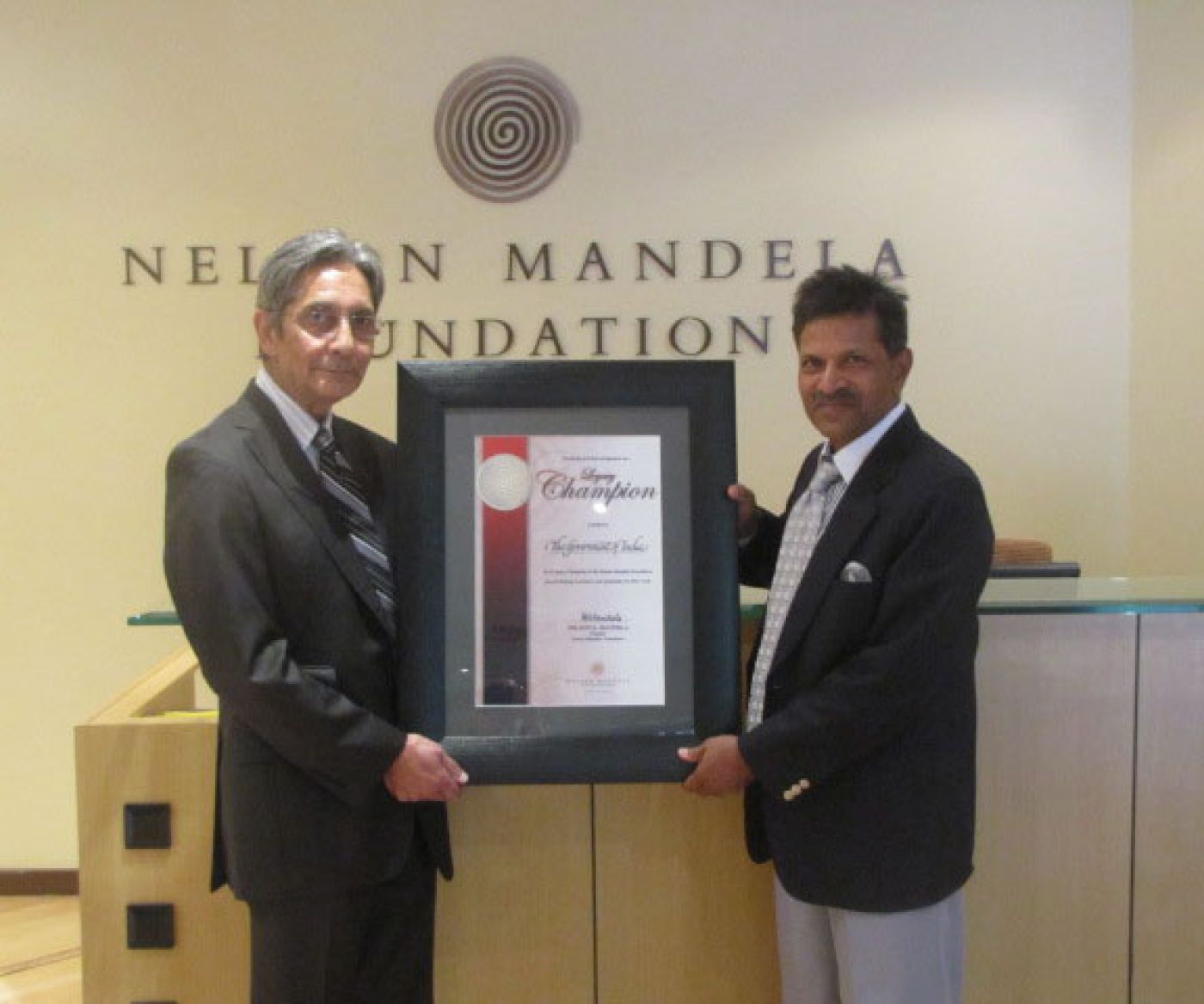 The Chief Executive of the Nelson Mandela Centre of Memory, Achmat Dangor, handed over a…
Continue reading... 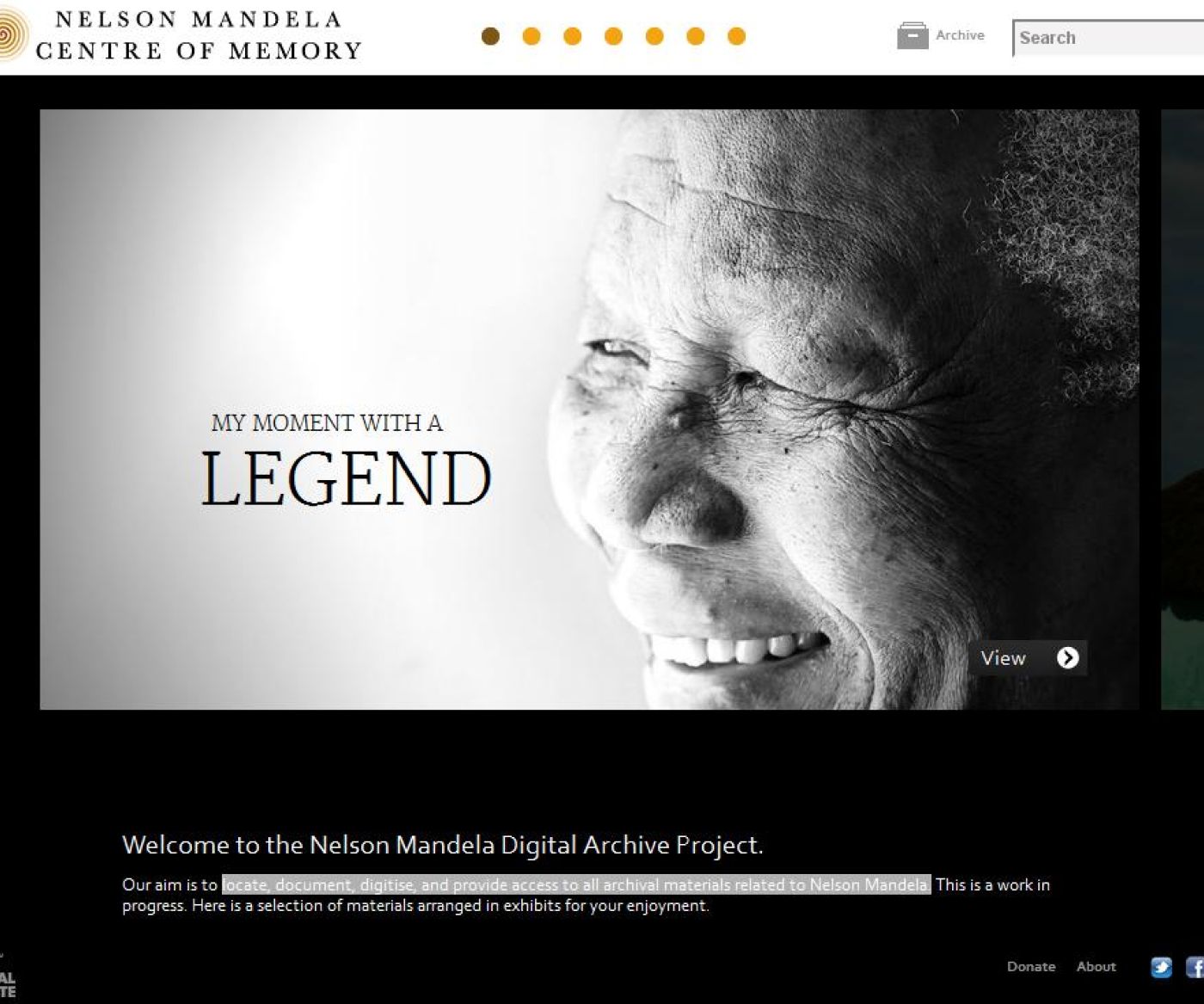